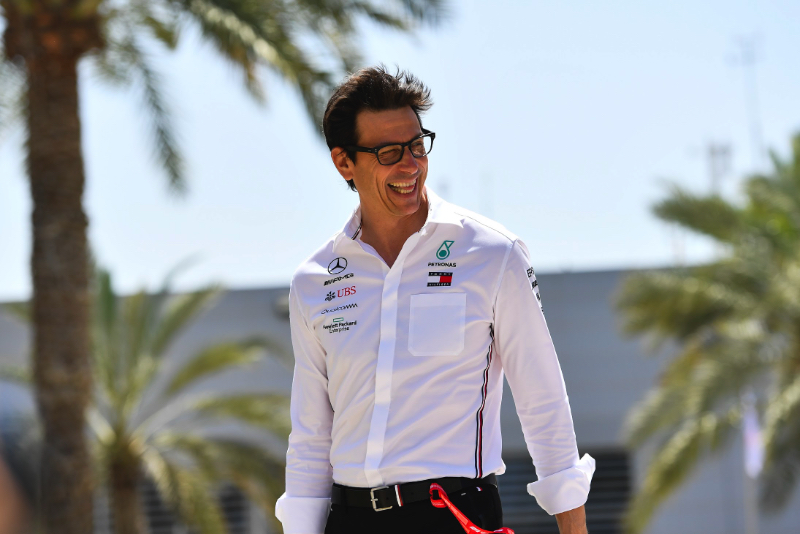 Toto Wolff says he understands the emotional reaction of Max Verstappen's father in the wake of the incident with Lewis Hamilton at Silverstone.

Jos Verstappen, whose relationship with Wolff actually dates back to Max's days in the junior categories, said Mercedes' jubilant celebrations whilst his son was still in hospital meant Wolff "no longer needs to call".

On Twitter, Jos responded to those reports by actually denying he ever spoke to the German-language outlet in question.

"Of course I understand a father who rightly reacts very emotionally here, because his son had a serious accident," Wolff added. "So it's understandable from that perspective.

"You have to understand the emotional side of this. The competition with Red Bull and us was already tough beforehand."

However, Wolff continues to back his own driver.

"A racing driver shouldn't retreat when it comes to racing on the track. That means you have to be able to keep your line or your advantage and that sometimes includes extending the elbows," he explained.

He admits the outcome was bad on this occasion, but insisted that Verstappen and Hamilton "are not children".

"The collision itself can of course be broken down into 1000 individual images, and you form an opinion based on that. But there are just as many counter-arguments - namely, that Lewis was more than halfway past Max and Max simply turned into the apex," said Wolff.

So he said that despite the emotion, "in this case you cannot clearly assign blame".

"I see it as a 50-50 scenario. Lewis has proven in the past that he is not looking to drive someone off the track or to collide. In fact, he has shown that in case in doubt, he takes himself out of the situation by giving in and not getting into a collision," Wolff added.

As for Red Bull and Jos' claim that Hamilton and Mercedes should not have been so jubilant in their post-race celebrations, Wolff admitted: "Of course emotions boil up here".

"I think if we had been on the other side, we would have looked at it in a similar way. But what we would not have done is come out so quickly with personal allegations," the Austrian said.

Wolff said Mercedes "knew at all times" throughout the post-race celebrations that Max was basically unhurt and "doing relatively well".

"That is why our reaction was adapted to that," said the Austrian. "But of course we accept that everyone has a different opinion - a different perspective that is communicated in your own way."