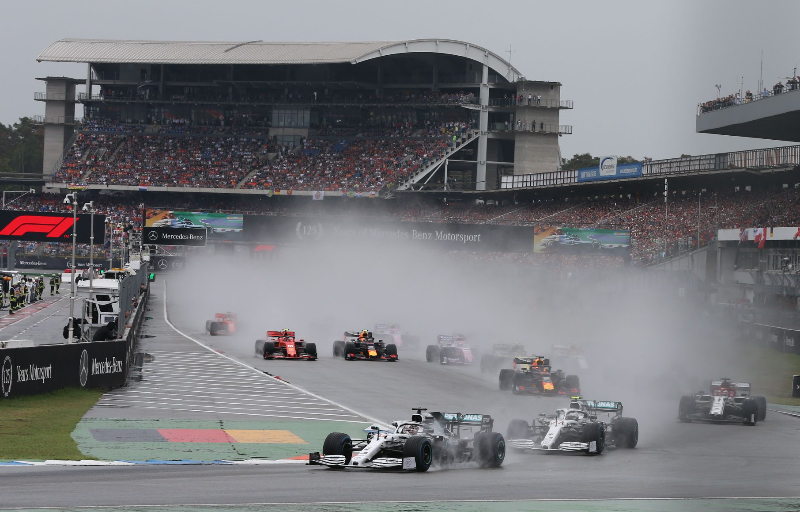 Already at 23 scheduled races for 2022, Formula 1 teams argue that the calendar is now at bursting point.

But one way around that is to sign more race deals on the basis of a system of annual host rotation.

"That is one possibility that we are looking at," F1 CEO Stefano Domenicali confirmed to Auto Motor und Sport.

One particular target is the United States, with Miami joining Austin on the schedule next year - and rumours now hinting at a third US race before long.

"As of today, the US market would be ready for that," Domenicali said.

"We are also in contact with Africa and other countries in the Far East. But believe me, I would also like to see Germany with us on a stable basis for a long time."

"Due to the high entry fee, Formula 1 is unfortunately not a business case for us," a source at Hockenheim is quoted as saying.

"If we had a recipe to make the race affordable, we would have used it long ago."

Domenicali admits it is frustrating that the public and commercial situation in Germany is not allowing for race hosts to simply sign a normal race deal.

"Especially when you consider the interest Germans have in motorsport," said the Italian.

"I regret that because I personally believe, and this goes for the entire motorsport industry, that they are not giving the right answer to the passionate fans.

"I will work hard to see what can be done, together with the manufacturers and our partners."

One possibility is that if Volkswagen brands Audi and Porsche enter F1, that may re-ignite German interest in Formula 1.

"I can't answer the question about the VW group because it's not my decision," said Domenicali.

"But I hope that every new element leads to a wake-up call, so that they want to be part of the family. That would be more than welcome.

"My biggest regret is to see that the German market is not interested in hosting a grand prix," he said.

When also faced with the VW scenario, the Hockenheim source agrees: "It is conceivable that an entry could trigger a jolt - of course we hope for that."