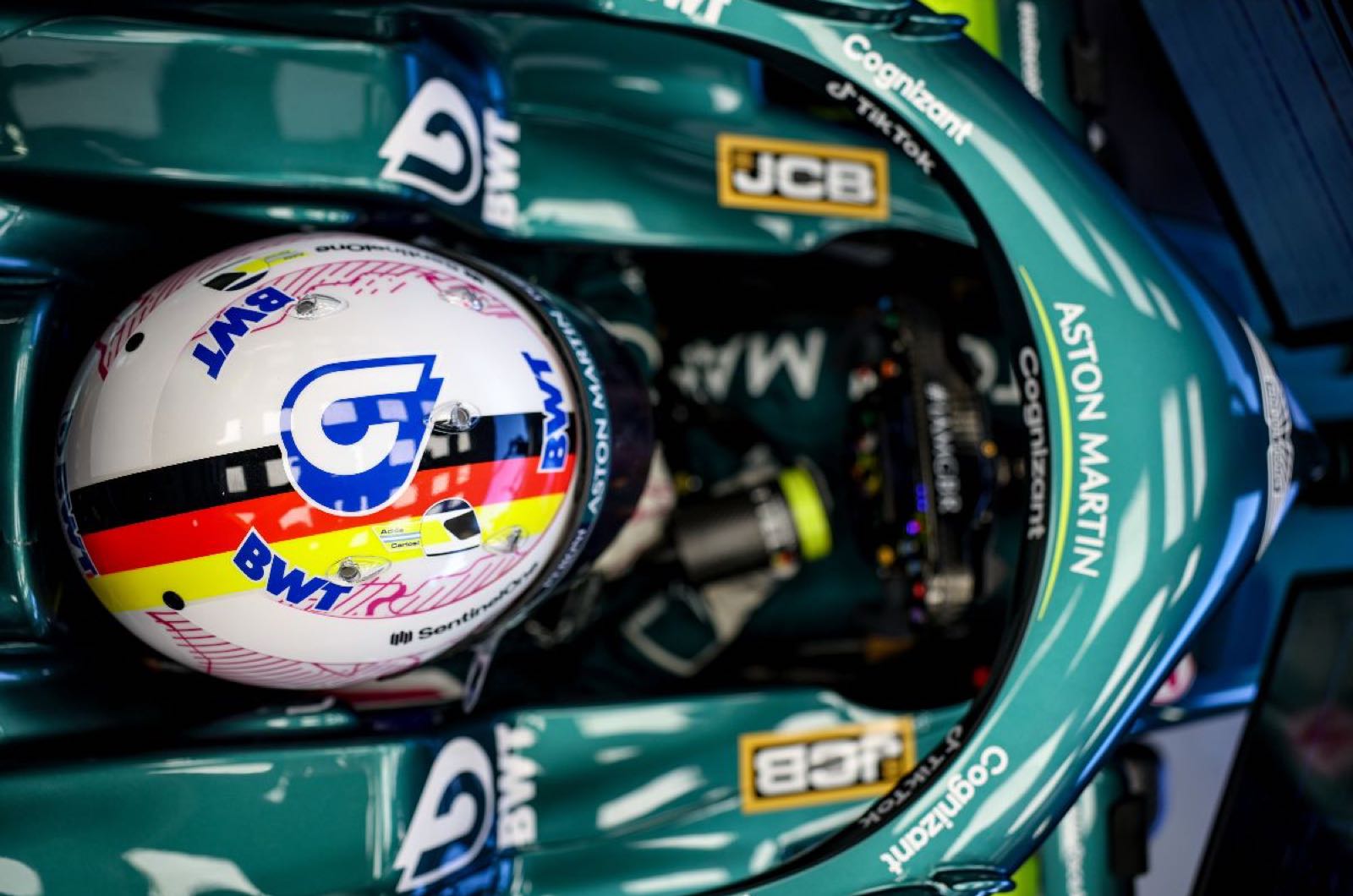 Sebastian Vettel is not yet committed to returning to the Formula 1 grid in 2022.

When the quadruple world champion moved to Aston Martin this year after losing his Ferrari seat, the understanding was that it was more than a single-season deal.

And yet there have been rumours that - owner Lawrence Stroll's son Lance aside - the Silverstone based team has been reluctant to say anything more than that the 2022 lineup will be confirmed "soon".

Vettel, 34, was asked on Thursday about the announcement of his friend Kimi Raikkonen's retirement, and whether he was also contemplating a similar move.

"I don't know why he's stopping - I haven't spoken to Kimi yet," said the German.

"I'm happy for him, but he's also at a later point in his career than me."

What is clear is that Vettel, whose career trajectory has been on the slide since leaving Red Bull as a four-time title winner, is increasingly agitated by Formula 1 this year.

He has been at loggerheads with the sport's authorities over side issues like his rainbow t-shirt, and last weekend at Spa he lashed out at race director Michael Masi for not red-flagging qualifying.

Vettel has even criticised Formula 1 for revealing a green trophy for Zandvoort made of recycled material.

"It's good that Formula 1 is concerned with the environment," he said on Thursday. "But is it enough? Maybe not.

"We have fascinating technology in the car, but unfortunately it cannot be implemented for the road. And the calendar should be designed in such a way that you no longer have to make unnecessary flights.

But perhaps most telling is that Vettel won't confirm that he has a rock-solid contract already in place for 2022.

"Yes, I think so," he answered when asked by Sky Deutschland if he will return to his green car next year.

When that statement was challenged, Vettel added: "I know, yes.

"I'm not following the driver market that much now. As far as my position is concerned, everything is clear so far."

Former F1 driver Ralf Schumacher thinks it is possible Vettel will call time on his Formula 1 career sooner or later.

"At some point, the time will come when the joy of racing is no longer great enough," he told Sport1. "When the effort you have to put in is greater than that positive feeling of driving the fastest cars in the world at the limit.

"For me, that was the reason for my retirement," Schumacher said. "But is that already the case with Sebastian?

"I think that's why he hesitates and is struggling a bit with it. 'Do I prefer to be with the children or do I go full throttle again'? Only Sebastian can answer that."