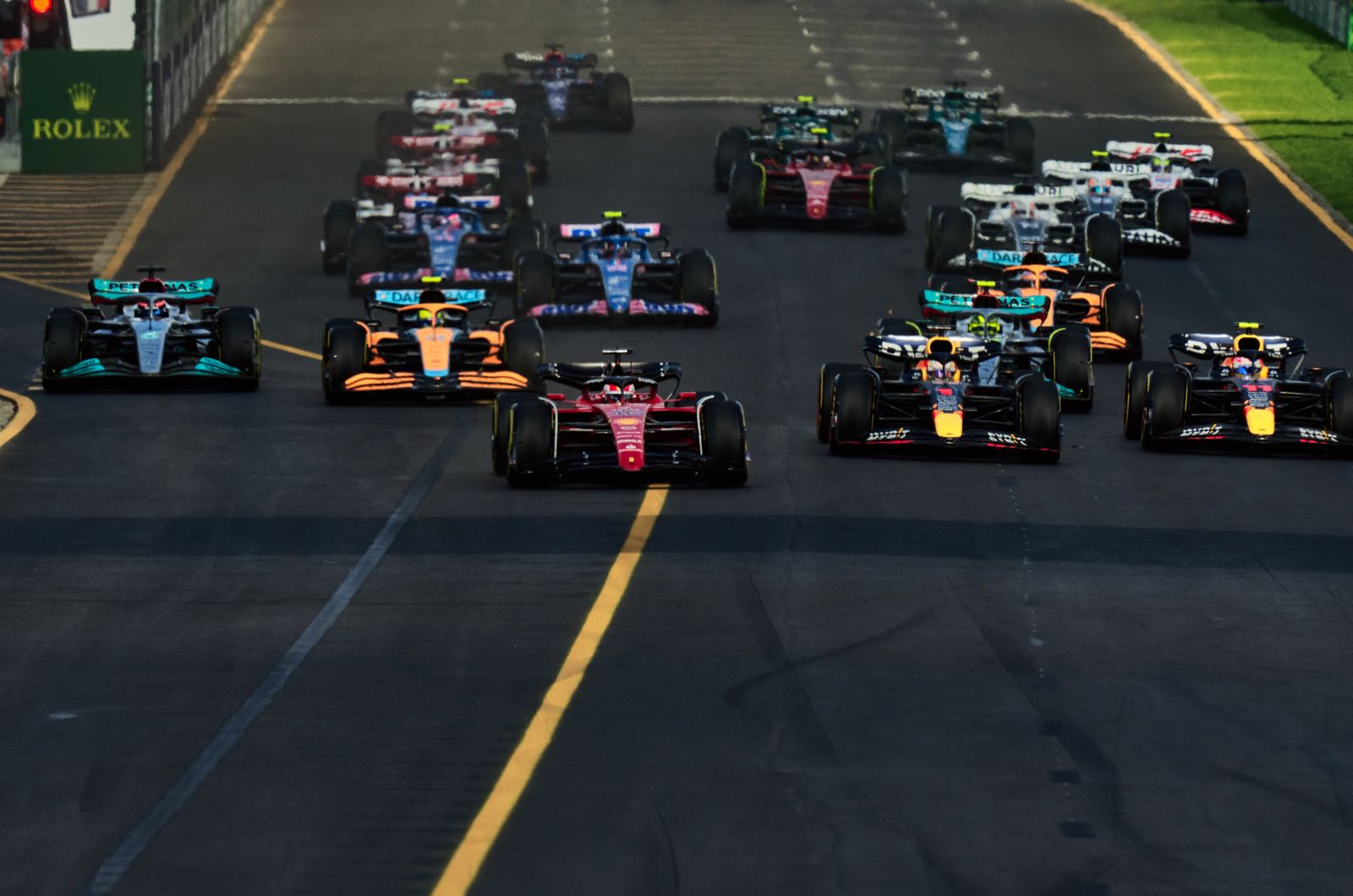 It has been a civil head-to-head so far, but tension could be starting to heat up between 2022 title protagonists Red Bull and Ferrari.

Dr Helmut Marko has said the battle is much more civilised than Red Bull's 2021 clash with Mercedes - but then a story about a supposedly 'illegal' floor being used by Ferrari in the recent Imola tyre test cropped up.

"It was certainly different between the morning and the afternoon, and appeared to have some new components," team boss Christian Horner said.

The FIA have cleared Ferrari over the matter, but Horner says it's a significant story to follow.

"Because these cars are so immature, and it's still very early in the development stage, what we certainly want to avoid is that tyre tests don't turn into aerodynamic or performance development tests," he insisted.

Soon afterwards, Horner's Ferrari counterpart Mattia Binotto said the Maranello team has an eye on how rapidly Red Bull has developed its 2022 car so far.

"I think at some point, they will have to stop developing. Otherwise they won't be able to explain how they are doing it within the budget," he told Italian media.

Indeed, Red Bull raced past Ferrari at Imola and Miami, but the Italian team is planning to fight back in Barcelona.

"Of course technical developments are coming," former Ferrari driver Jean Alesi told Corriere della Sera, "but I don't see them as a miracle.

"Both teams have a long and uncertain road ahead of them."

According to Italian media, the big change in Barcelona will be new sidepods that are designed to reduce drag and help Ferrari catch up with Red Bull in a straight line.

Other changes and a further 2kg weight reduction for the 2022 Ferrari are expected.

"We will bring a series of technical updates to Spain," Binotto confirmed to La Repubblica. "It will be an important package but not the most important of the season.

"And in a technical confrontation that will go on for a long time, it will not be a single development that will make the difference," he said.

Red Bull's main focus for now, on the other hand, is improving reliability, with Sergio Perez striking trouble in Miami on Sunday and declaring that the team is "finding new reliability problems every time."

Max Verstappen's father Jos agrees: "If reliability does not fail, everything will be decided by the development of the cars during the season and the effectiveness of those new parts."