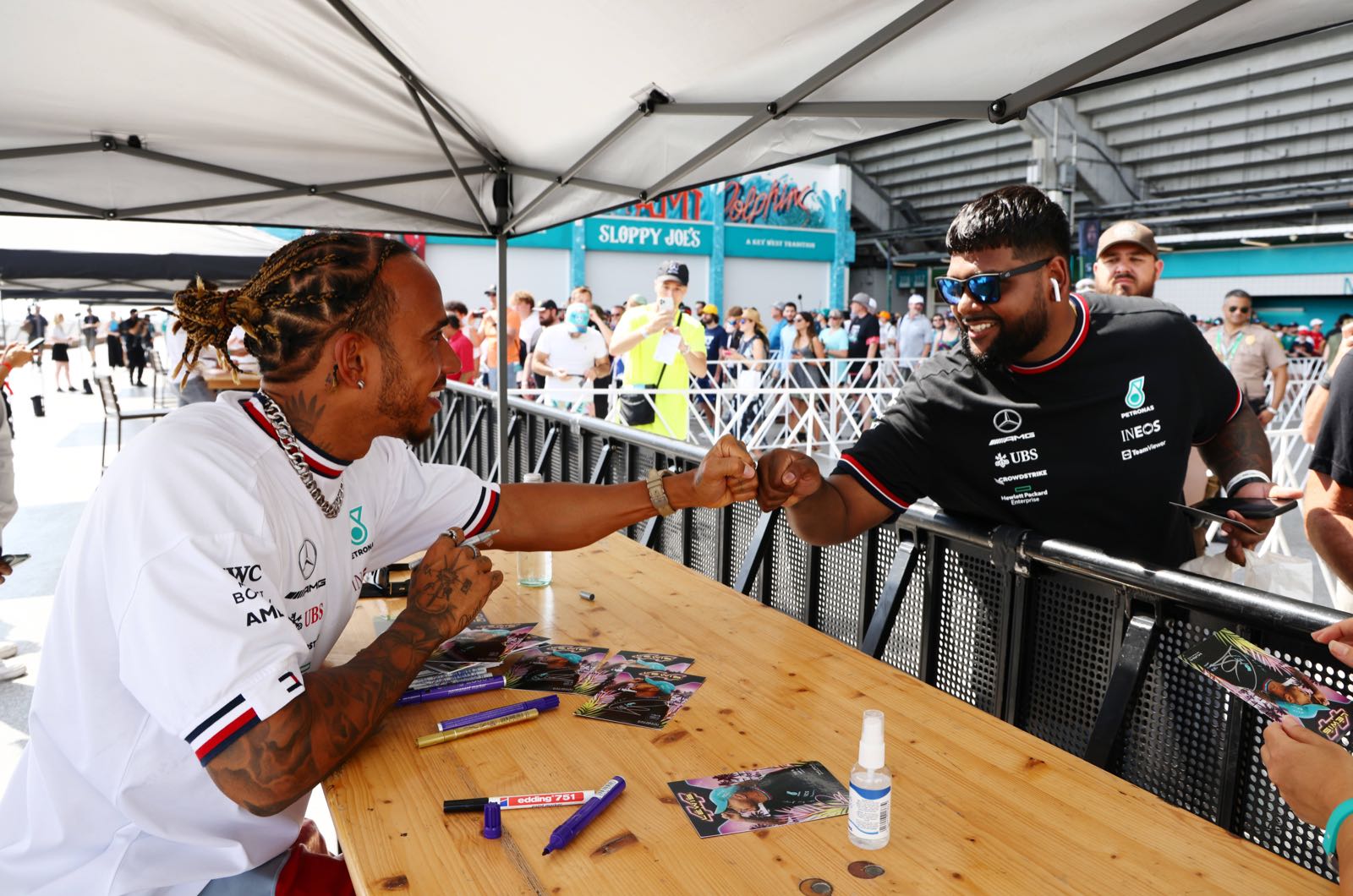 According to Mathias Lauda, the son of F1 legend Niki, the fact that the seven time world champion is so "grumpy" this year is also because of George Russell.

"He's really having a difficult time driving around in the midfield," he told Servus TV.

"It's still early days, but Lewis has only had problems so far. For George Russell, on the other hand, everything is new for him in a factory team.

"Lewis lost the title on the last lap of the last race in 2021 and the motivation I guess is different now. And Russell seems fully motivated and is doing a good job."

"Hamilton is finding out that Russell is of a very different calibre to Bottas," he told formel1.de.

Schumacher says Russell is also very effectively rallying the Mercedes team around him.

"Russell always encourages the people in the team, just like Hamilton. He is fishing in the same pond as his teammate now," said the German.

"We can see that Russell is just handling the situation better now and I'm sure that annoys Lewis. Lewis is obviously selfish, but we all are as drivers. I used to be too," Schumacher added.

"But Lewis is having a really hard time in the car and complaining a lot. He does that too when things are going well, but this time he has a hard time as well."

Lauda, meanwhile, says Hamilton is getting preoccupied with his fight with the FIA about wearing jewellery in the cockpit - as Mohammed Ben Sulayem reportedly vows to penalise the Briton from Monaco onwards.

"Why doesn't he just put the jewellery back on right after the race?" the Austrian wondered. "The FIA sets the rules and they have to be the same across a thousand racing series."