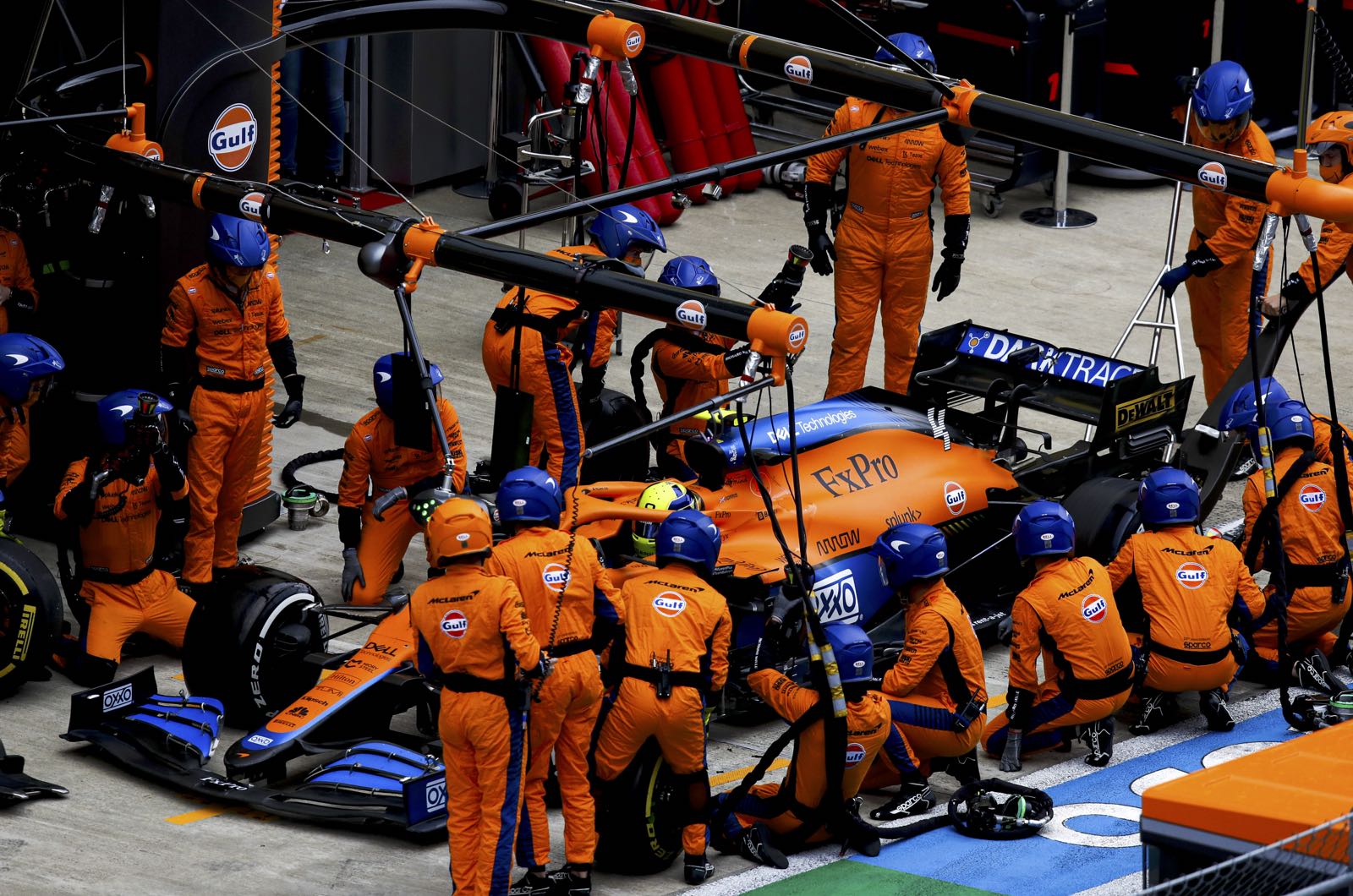 Lando Norris did not simply refuse to comply with McLaren's instructions in the dying laps of what could have been his first grand prix win on Sunday.

The McLaren driver, having secured pole a day earlier at slippery Sochi, was holding off Lewis Hamilton for the victory when the Russian skies opened once again.

During the shower, 21-year-old answered multiple radio calls with "No!" and even "Shutup!" before the other frontrunners filed into the pits for wet tyres.

When he finally spoke to the media after dropping to seventh at the finish following a belated stop, the British driver appeared to have been crying.

"I made the decision to stay on slicks with the information I had," he said.

"It was the correct decision. For whatever reason, we didn't see more rain coming. And with your opponent right behind you, you can't afford a mistake like that."

Team boss Andreas Seidl sided with his driver, even though it appeared Norris had simply refused to comply with the suggestion that he pit earlier for new tyres.

"In the end we gambled with Lando. We win and we lose together," he is quoted by Auto Bild.

On the face of it, it could be a clear case of a young and less experienced driver in combination with an improving team that is no longer used to race wins.

"In a situation like that, communication between the team and the driver is extremely important," said Max Verstappen, who ultimately benefitted by finishing second.

Seidl admits the team may have been able to handle the situation better.

"Lando felt good and wanted to stay out on slicks. We didn't outvote him as a team so we have to analyse that.

"In hindsight, of course it was the wrong decision. We always have the option to overrule the driver because we know he doesn't have all the information.

"If we had told him 'Come in', he would have come in," the German added.

Seidl said the most important thing is that Norris and McLaren learn from the situation and become "stronger".

"It is moments like this that you learn the most," said Seidl. "We and Lando have all been in the sport long enough to know that things like this can happen."

Even Mercedes boss Toto Wolff does not blame McLaren or Norris for the mistake, insisting Hamilton's crew benefitted from being able to observe the race leader's call.

"We knew the weather was getting worse," he said. "So Valtteri stopped earlier and then our strategists insisted that Lewis should come in as well.

"I understand why it was difficult for McLaren to decide, because as the race leader, you can only lose. Today it just played into our hands," added Wolff.