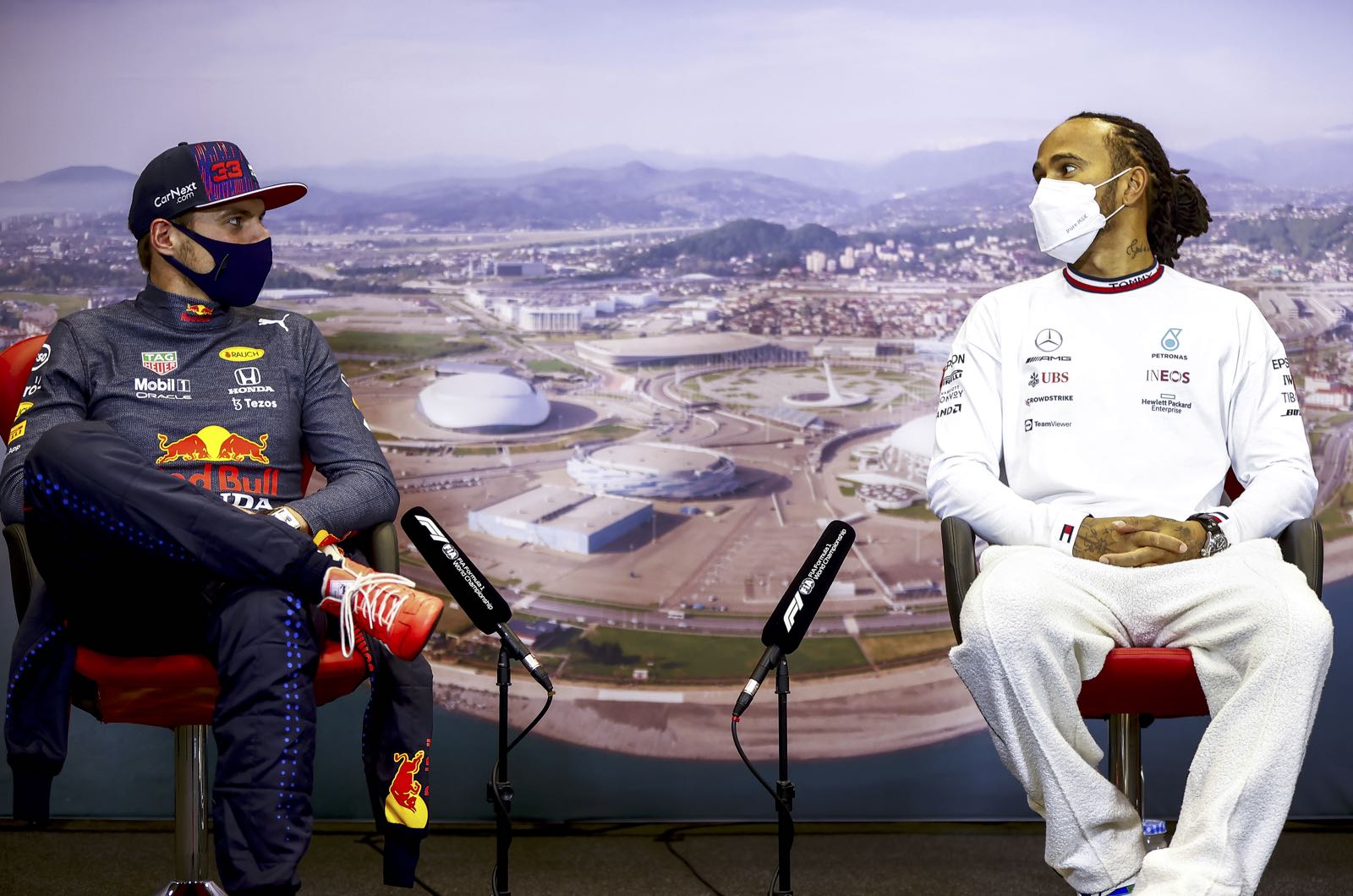 Max Verstappen's sensational run from last on the grid to second at the chequered flag is akin to "victory" for the Dutchman and Red Bull.

That was the view of delighted team boss Christian Horner late on Sunday, even though Verstappen's championship challenger Lewis Hamilton won and recaptured the title lead by 2 points.

Given Mercedes' superiority at Sochi, Red Bull had expected Hamilton's victory but not the success of Verstappen's quest through the pack in a thrilling Russian GP.

"There are no more circuits like Monza and Sochi where Mercedes has the upper hand now," Horner said.

"They won in Turkey last year but we were both strong in Austin. And then we are always stronger at altitude in Mexico and Brazil.

"Qatar and Saudi Arabia we aren't sure about yet and then there's Abu Dhabi. So I'd say it's about 50-50 with the remaining tracks."

Hamilton was also lucky in the dying laps of Sunday's race with race leader Lando Norris and McLaren's bad strategy call, with Dutch GP boss Jan Lammers calling it "a gift from heaven" for the Mercedes driver.

"I looked at the list after the race," the Dutchman told NOS. "Michael Schumacher has 91, Hamilton has 100 now but Max is already 17th overall, which is pretty amazing.

"But this century is really great for Hamilton," Lammers acknowledged.

"He crossed the line and you then see him looking straight away to the right, because there's a really big screen there," he told Ziggo Sport.

"He just wanted to know where Max was straight away. He'll think he should have punched a bigger hole in it today but Max had an even better Sunday afternoon," Doornbos added.