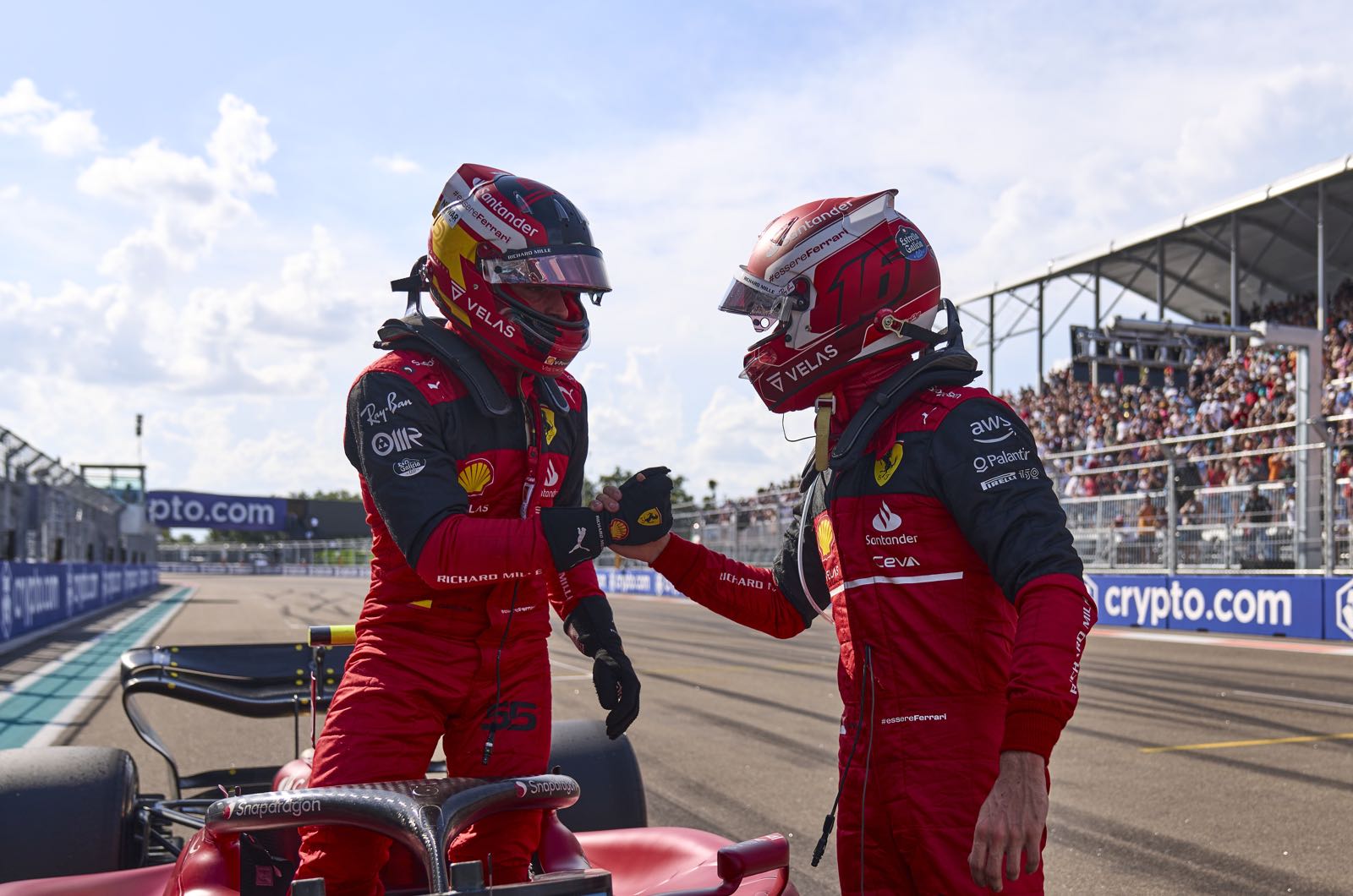 Carlos Sainz has denied that he is effectively already Ferrari's number 2 driver.

The Spaniard has struggled more than teammate Charles Leclerc with the highly competitive 2022 car, and as a result is already 51 points behind the championship leader heading into his home race in Barcelona.

"In the past I have adapted well to all the cars, but this one is costing me a lot," Sainz told Marca sports newspaper. "It is more difficult than expected.

"It's just part of a driver's career - some cars that go very well for you and others that are more difficult. It's not much, not much at all, but that little bit hurts because it's what doesn't allow me to get pole positions and victories so far."

However, despite Ferrari's traditional driver hierarchies and also the pragmatism of having a subordinate second driver for a title challenge, Sainz insists he is still in the game.

"I know the rules there are," said the 27-year-old. "I know when there can potentially be favouritism and team orders.

"I know that we are in the sixth race with 17 to go and right now there is no number 1 and number 2 driver. We are still on equal terms. We are in a position where anything can still happen," Sainz added.

"I know what my options are, I know what my relationship is with Charles and with Mattia (Binotto) and that's why I'm not worried."

He is hoping the situation starts to change in Spain this weekend, where Ferrari will unveil the first significant car upgrade of the 2022 campaign so far.

"I'm not going to give details," Sainz said, "but if you bring three things and the others also bring three, you stay where you are.

"We'll see how the improvements go. It is important to understand them before taking them to the races and my first impression is that they are useful. They go in the direction of what I need.

"But until we try them, we will not know."