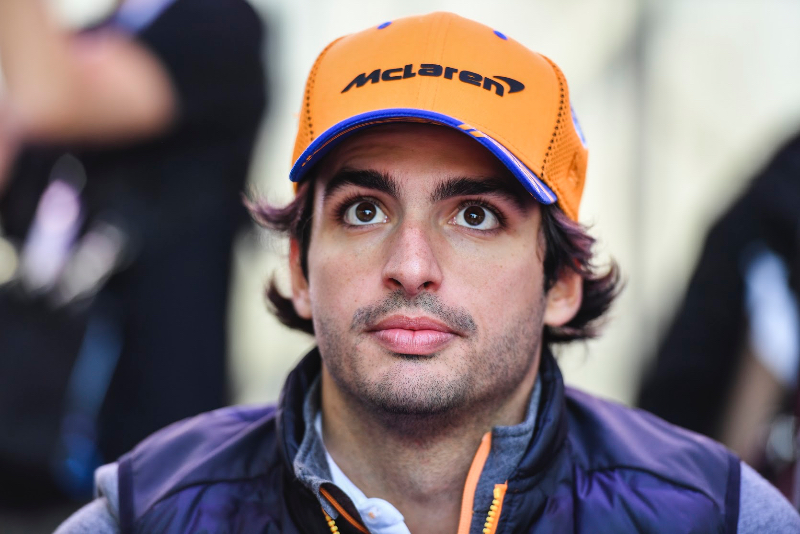 Carlos Sainz insists he is "not going to tell you anything new" as rumours grow that he is high on Ferrari's wish-list for 2021.

It is claimed that, along with Daniel Ricciardo, the Spaniard could replace Sebastian Vettel after the quadruple world champion was offered only a one-year deal and pay-cut.

"I try to stay out of it a bit because obviously there is too much free time to read things. I'm trying to read a book or watch a series and stay out of it," the McLaren driver is quoted by El Mundo Deportivo.

"But as you all know, I also like to follow the Formula 1 news. As for the rumours, I think you know that I am not going to tell you anything new, because there is really nothing new. F1 is totally paralysed and nothing is moving.

"What I can tell you is that I trust in my abilities as a driver. I think last year I took a very important step forward, so whether it is in a Ferrari, a Mercedes or a McLaren I think I am capable of doing very good things. I don't think you should have any doubts about that," Sainz added.

F1 is currently plotting a course out of the corona crisis, with plans for races without spectators in places like Austria, Silverstone and possibly Hungary, Italy and Holland.

But some think the sport would be reckless to start its engines again before a vaccine is developed. In that scenario, full cancellation of the 2020 world championship may be on the cards.

"I prefer not to think about it, really," Sainz said. "But I think it would be something that is very, very, very bad for Formula 1. I prefer to think that there will be a solution - that this will be fixed and that we will soon be back to normal."

To that end, Sainz says he supports a return to racing without spectators.

"Obviously I would prefer if everyone is there with a normal weekend full of the public, but I think we have to find temporary solutions at least to save the many, many jobs that are in danger," he said.