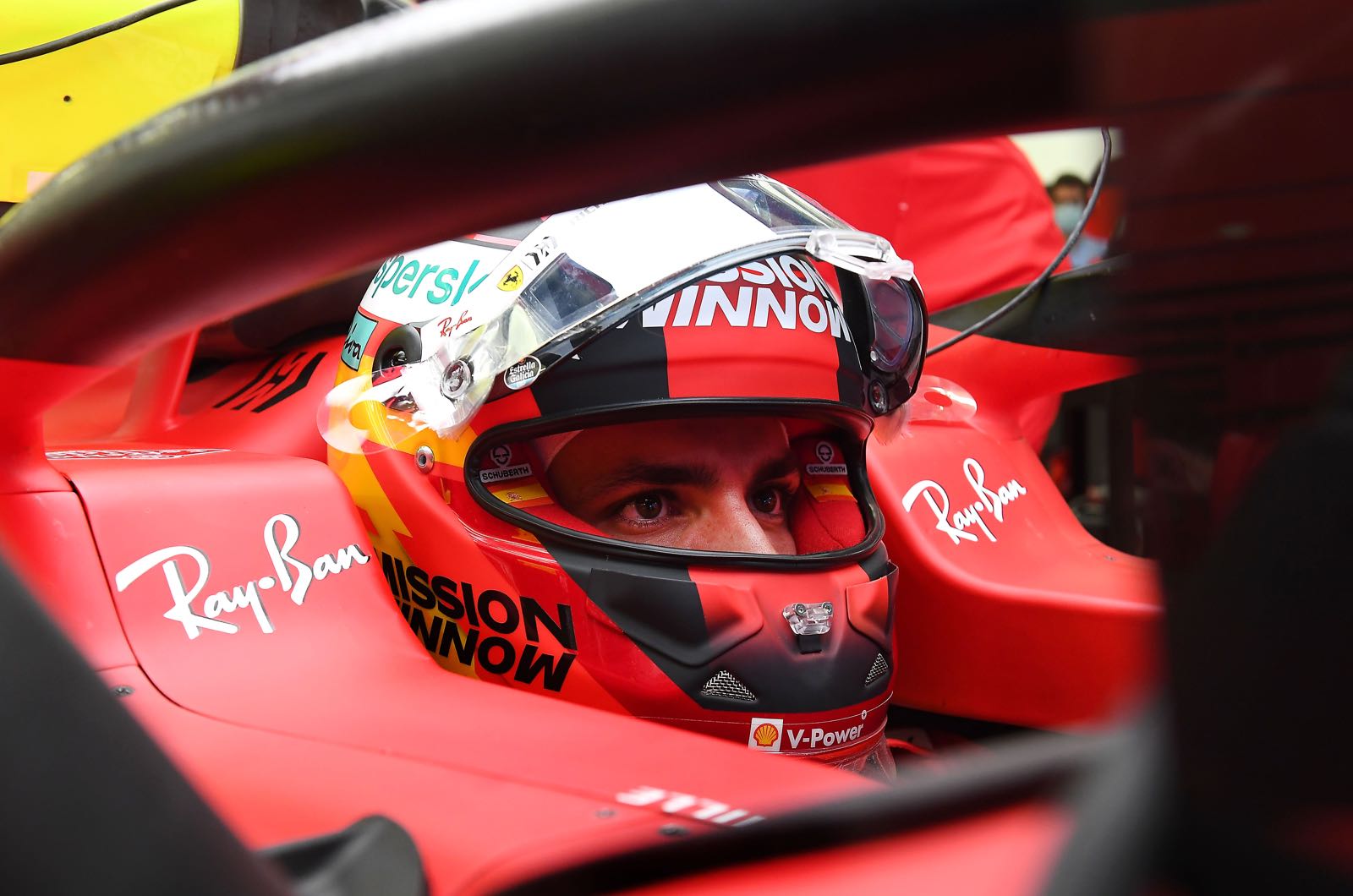 Charles Leclerc has been told to keep an eye on his new Ferrari teammate Carlos Sainz.

At the Maranello team last year, 23-year-old Leclerc dominated quadruple world champion Sebastian Vettel. For 2021 and beyond, he has been paired with former Renault and McLaren driver Carlos Sainz.

But 1997 world champion Jacques Villeneuve warns Leclerc that 26-year-old Spaniard Sainz will be no pushover.

"For Charles, the real danger is Sainz," he told Corriere della Sera.

"Carlos has never been in such an important team but he has developed himself over time and now arrives with determination and experience," said the Canadian.

"He is also used to taking on fast teammates. He's calculating and he works hard, so he can be very annoying to Charles."

Villeneuve, who was speaking to the media on his 50th birthday, also commented on the pressure that new 2021 title favourite Max Verstappen is under this year.

"The pressure is on Verstappen," he told Le Journal de Montreal.

"The race in Bahrain was in his pocket, but he managed to lose it. I can't wait to see how he behaves in the next races.

"Everyone sees him as a future world champion, so now it's up to him to prove it."

Finally, the outspoken Villeneuve revealed that he supports Formula 1's three-race 'sprint qualifying' trial this year, which will kick off at Silverstone.

"My first reaction was to criticise this approach," said the former Williams driver. "But then I realised that Formula 1 has to innovate.

"Friday is so boring for casual spectators, so I think it's something that is worth exploring."