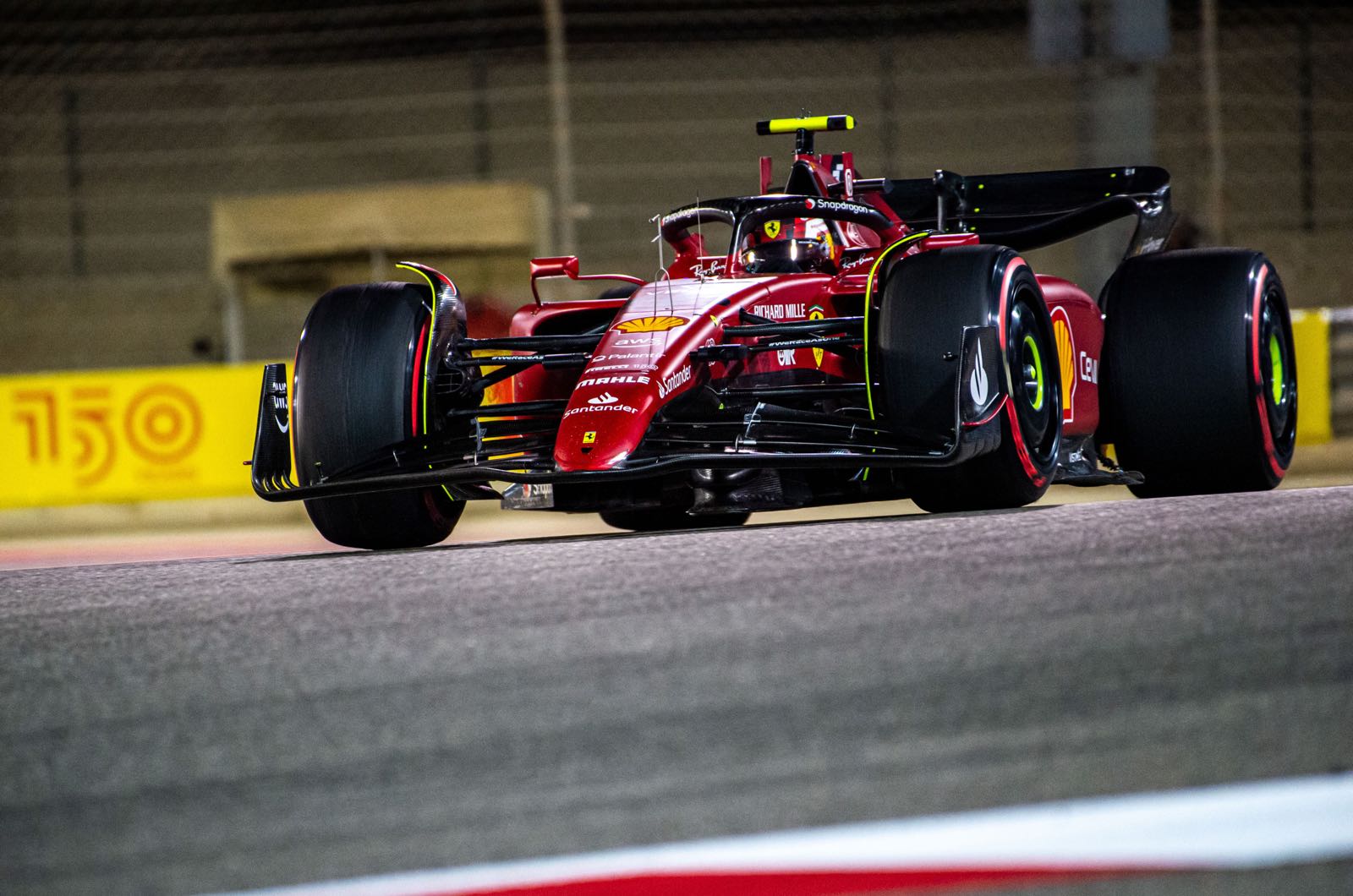 Carlos Sainz has hit back at the early 2022 theory about Ferrari's all-new power unit.

After focusing all last season on the new set of revolutionary regulations, and then finishing 1-2 from pole in Bahrain, most agree that Ferrari is now leading the field with its 1000-plus horsepower engine.

"Our engine is not superior to the others, but it is a good engine," he admitted to the Spanish news agency EFE.

"Red Bull had more top speed than us and nobody talks about the Honda engine. They were 5kph ahead of us.

"So I think we also need to talk about the others, not just Ferrari," Sainz insisted. "Even Mercedes has admitted that they had more wing than the others and that was why they were slower on the straights.

"Due to the engine development freeze regulations, we have all reached a point of being very even," he said, referring also to Renault and its new 2022 power unit.

According to Red Bull advisor Masashi Yamamoto, however - the former Honda F1 boss - he thinks Ferrari is "slightly ahead" of Red Bull's power unit.

"Mercedes is probably a little below that and Renault is almost the same as Mercedes," he told as-web.jp.

"Looking at the Aston Martin and Williams teams, it looks a bit tough for Mercedes while Haas and Alfa Romeo, who have Ferrari power units, had a good race in Bahrain."

The Japanese confirms that both Red Bulls suffered from a "fuel system" fault in the closing stages of the 2022 season opener.

"There was fuel left in the tank, it just wasn't properly supplied to the power unit," said Yamamoto.

"But in terms of speed, I think Leclerc was better and Max feels that too."

But Sainz's teammate, the early championship leader Charles Leclerc, says he will not be surprised if Max Verstappen edges ahead of Ferrari on the long Jeddah straight.

"Seeing what Red Bull showed on the straights in Bahrain, they could be even stronger on tracks such as this," he said in Jeddah.

"As soon as they solve the small problems they had in Bahrain, they will be the biggest threat. That doesn't mean Carlos is less strong than Max, I'm just saying that I think Red Bull will be very strong," Leclerc added.

Sainz admits that will focus this weekend on catching up with Leclerc's level of comfort with the new Ferrari car.

"Last year I was really fast here," he said, "so it's going to be a very good comparison for me."

SCHUMACHER TO TALK TO OTHER TOP TEAMS