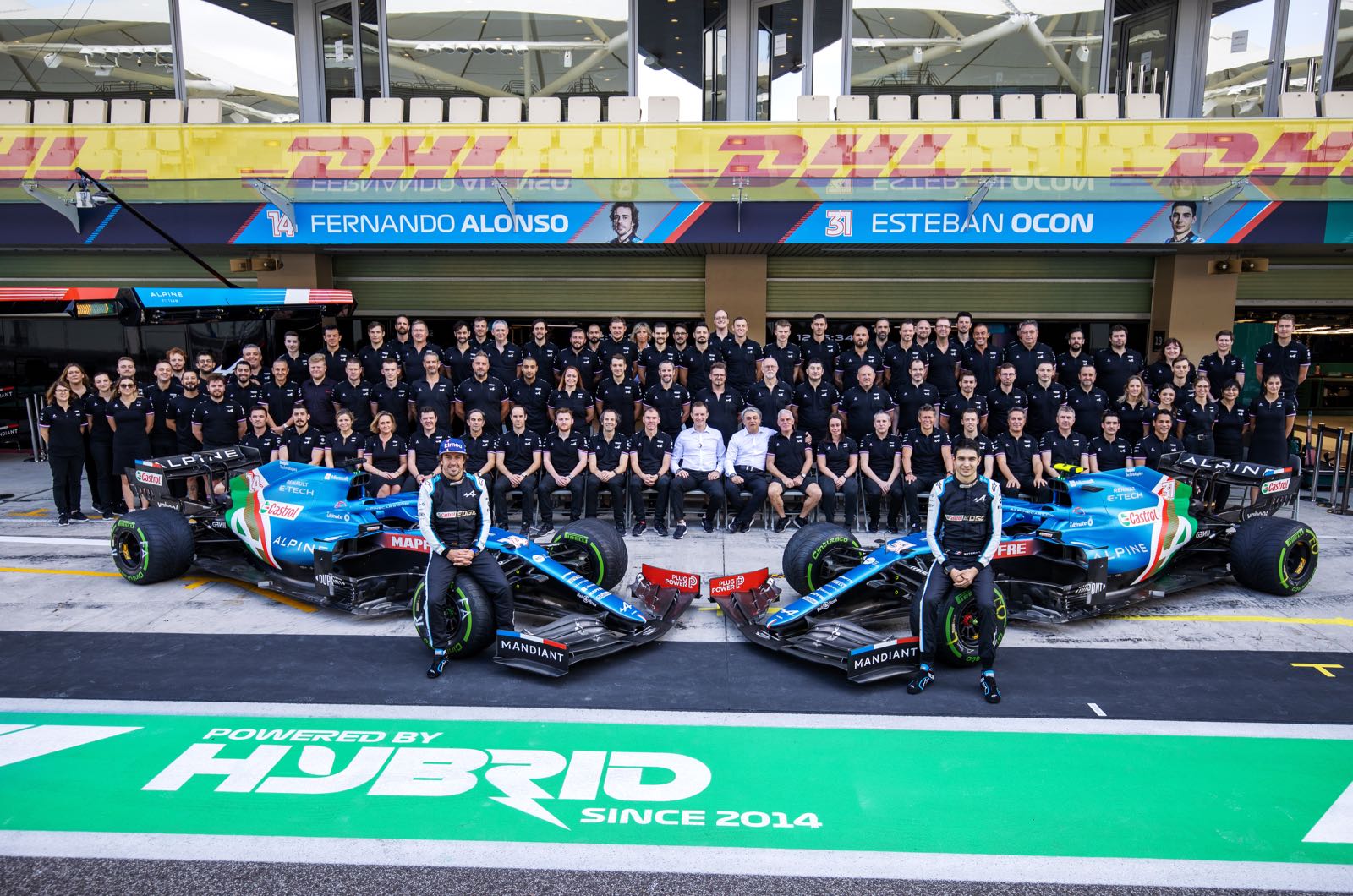 Renault is not giving up on the goal of winning the world championship once again.

Luca de Meo, the Renault CEO who decided to rebrand the French manufacturer's Formula 1 foray as Alpine, fended off suggestions the carmaker may be happy these days to push along in the upper midfield.

Indeed, the Enstone based team emblazoned the originally Fernando Alonso-uttered words 'El Plan' on the rear wing in Abu Dhabi.

That plan, de Meo told Spanish newspapers including AS and Marca, is to win the title within the next three to five years.

"If you want to talk about the plan, I tell you that we have three to five years to become competitive, to be able to win races regularly, and in the end win a world championship," the 54-year-old Italian said.

"It is everyone's goal, of course - Aston Martin, Ferrari, Red Bull. In the end, everyone wants to win, and we too are here dreaming of winning a championship one day.

"But it is so difficult, and our competitors are so good, that you never know. It's not something you put in a calculator and get a result. It will depend on many things."

Renault's last Formula 1 title as a works team was in 2006 - the now 40-year-old Alonso's second consecutive such feat.

"It is clear that we have a long-term commitment to this category and the ambition to be competitive," de Meo continued.

"And I think it is possible that in a few years we can be among the best, to sometimes win, sometimes have problems, at other time be on the podium.

"But Renault's position is not to be in the middle - we want to be higher. I can't say when, because then you will say 'De Meo says we are going to win the championship in 2023', and if we don't, we are useless.

Some believe that if Renault really is serious about winning, the outfit will use Alonso's vast experience in 2021 and 2022 and then put new F2 champion Oscar Piastri alongside Esteban Ocon for the future.

De Meo says whether Alonso stays depends on the Spaniard being motivated.

"I honestly see him as hyper motivated now, because Renault is also his family. It's not just any team, it is an environment where we give him the role he deserves," he said.

"I don't think there is a better place for him to continue and we will always help him, before and after F1."