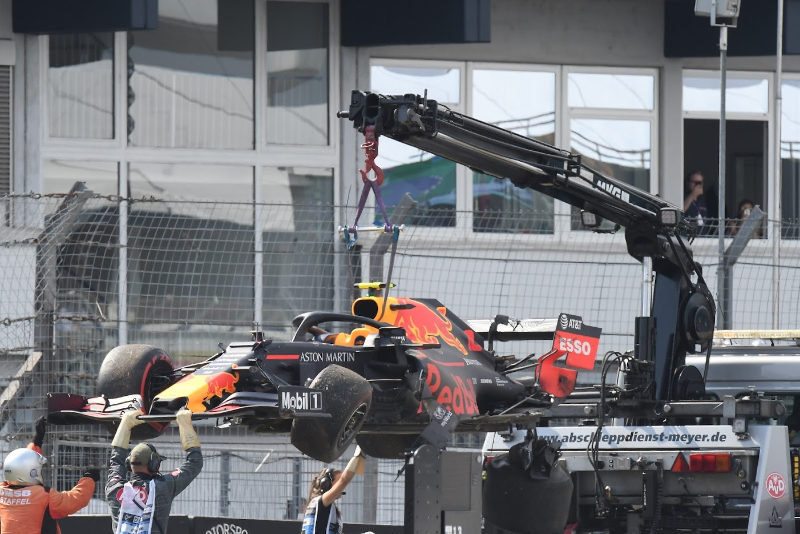 Red Bull is running out of spare parts, according to team official Dr Helmut Marko.

He was speaking after Pierre Gasly crashed out of Friday practice at Hockenheim.

When asked what is damaged, Marko laughed: "It's better to ask what's not damaged."

The timing of Gasly's crash was bad for two reasons. Firstly, the Frenchman was rebuilding his confidence after fending off rumours that Red Bull could oust him.

"It was a simple driving mistake," Marko said. "I hope it doesn't affect his confidence."

But the second reason Gasly's crash was bad timing was because of a shortage of spare parts.

"The focus at the moment is on the question of whether we can repair the car," Marko said.

"We certainly don't lack the skills to do so, but we are starting to run out of parts.

"There was Verstappen with Vettel in Silverstone, then Buemi at the tyre test and now Gasly. Slowly we are running out," Marko added.

Sebastien Buemi, a Red Bull tester, had a huge, high-speed crash at the post-British GP Pirelli test. Red Bull suspects it was a tyre failure.

"We are still investigating that," Pirelli's Mario Isola said.