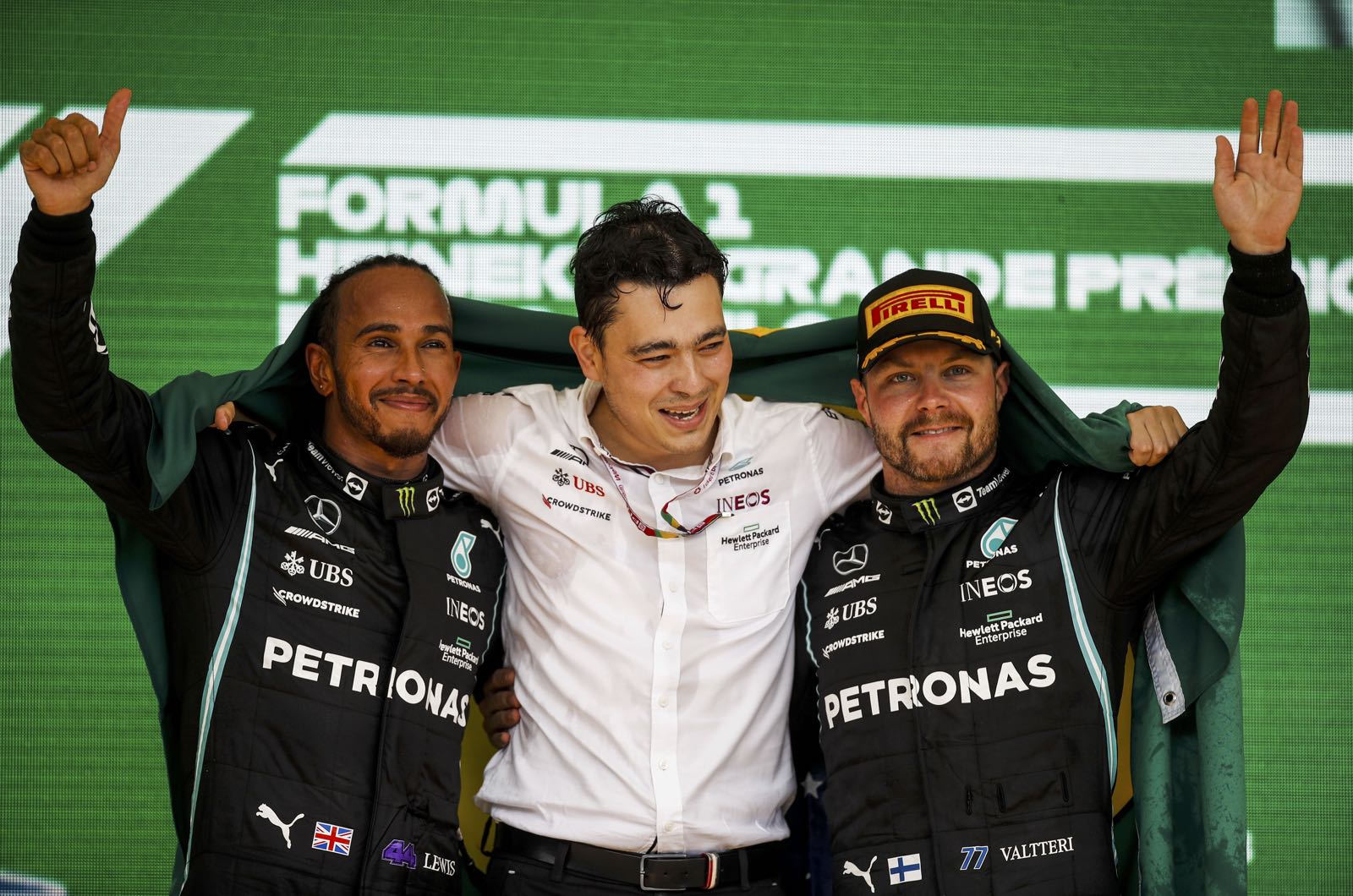 A fresh engine in Brazil - despite the back-of-the-grid penalty - powered Mercedes' Hamilton to a dominant win, closing his points gap to the Dutchman to 14 points.

"We couldn't keep him behind us on the straight, even though he was driving with a rear wing that belonged in Monaco.

"But only Hamilton has this speed - the other Mercedes drivers are no cause of concern for us," the 78-year-old Austrian added.

With just three races to go in 2021, Red Bull's earlier advantage appears now to be slipping away.

"If Hamilton is just as superior in Qatar and then Saudi Arabia and Abu Dhabi, we can write off the title," Marko said.

Some, though, are expecting Hamilton's engine advantage to start to dwindle from Qatar.

"We're not yet 100 percent comfortable with the reliability," said Mercedes team boss Toto Wolff. "But what we know for sure is that the longer we drive, the more we lose performance."

The head-to-head fight is also continuing to spill into an equally intense off-track war.

On Thursday, the FIA will hear Mercedes' arguments about potentially having a retrospective penalty imposed on Verstappen for his turn 4 move in Brazil.

Red Bull, on the other hand, still has some arrows in the quiver.

"We are mainly concerned with two things that we may also bring up with the FIA for clarification," said Marko, who is believed to be referring to rear wing flexibility concerns.

The other theory, based on on-board video from Brazil, is that Hamilton is tilting his steering wheel to lower his car's ride height at high speed.

"But there will only be a protest when we have evidence that something about Hamilton's car does not comply with the rules," Marko added.