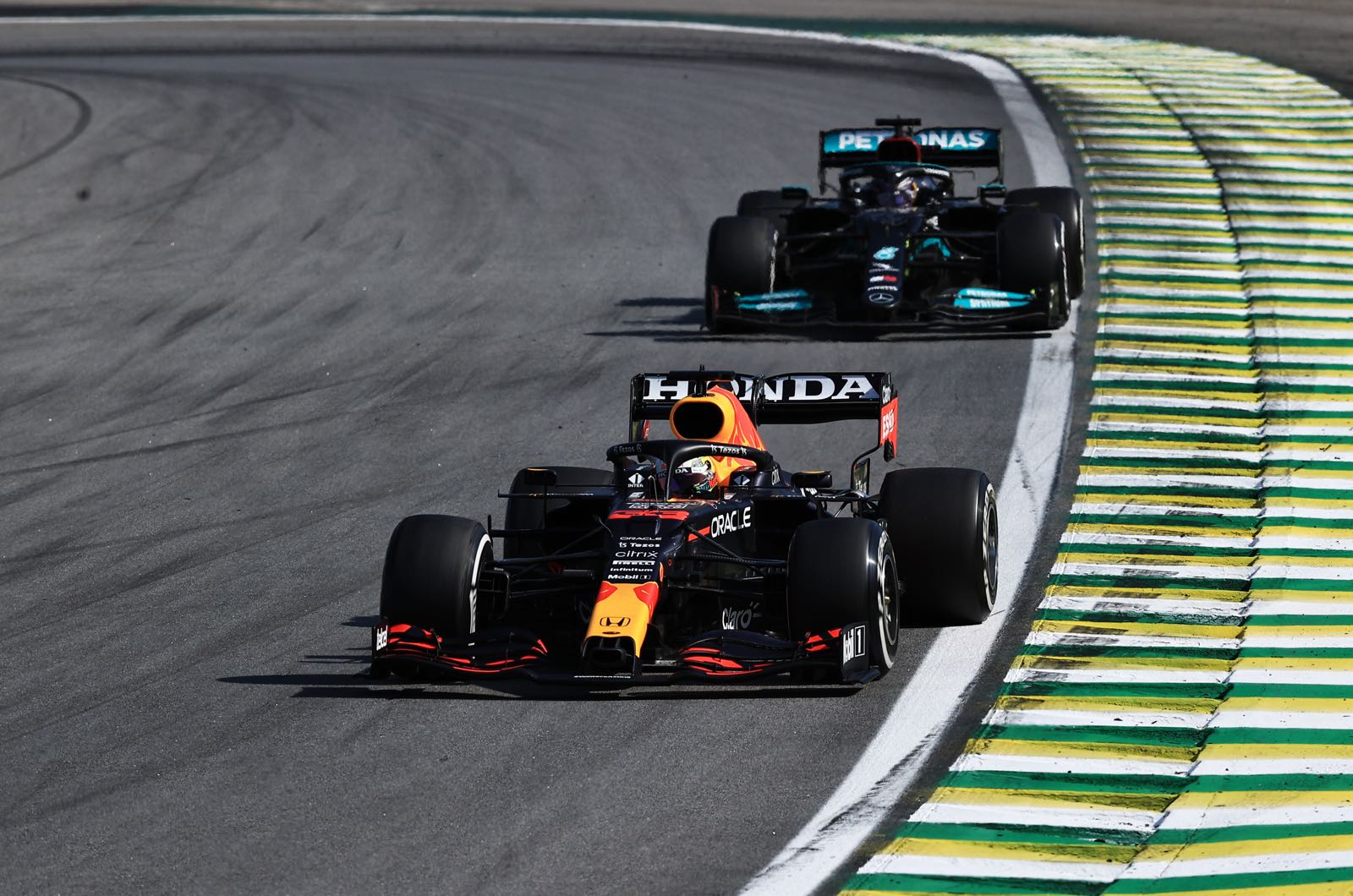 Formula 1's governing body will hear Mercedes' arguments about a 'right of review' to challenge Max Verstappen's lack of penalty for his turn 4 move in Brazil.

A video hearing has been scheduled for Thursday 5pm in Qatar, with the Red Bull driver's newly-surfaced on-board video footage of his controversial defensive move against championship leader Lewis Hamilton as the centrepiece.

Red Bull team sources say they are "surprised" by Mercedes' push, but are otherwise yet to comment.

According to Bild newspaper, Dutchman Verstappen - whose championship lead dwindled to 14 points at Interlagos - could receive a grid penalty for Qatar.

A retrospective five-second penalty for Brazil is another possibility, which would drop him to third and further shrink his lead to just 11 points with three races to go.

"Of course there was no need to punish anyone for that (move)," former F1 driver Vitaly Petrov said.

"To defend his position, he braked as late as possible and it was clear that he wouldn't get into the corner normally."

He said Verstappen's was the "classic 'ease off the brake pedal and gently understeer wide' move".

"Every good racing driver on the planet would have done the same," said the Indian.

"Maybe Max deserved a warning but nothing more in my view. It was good, hard racing between two of the best drivers ever."