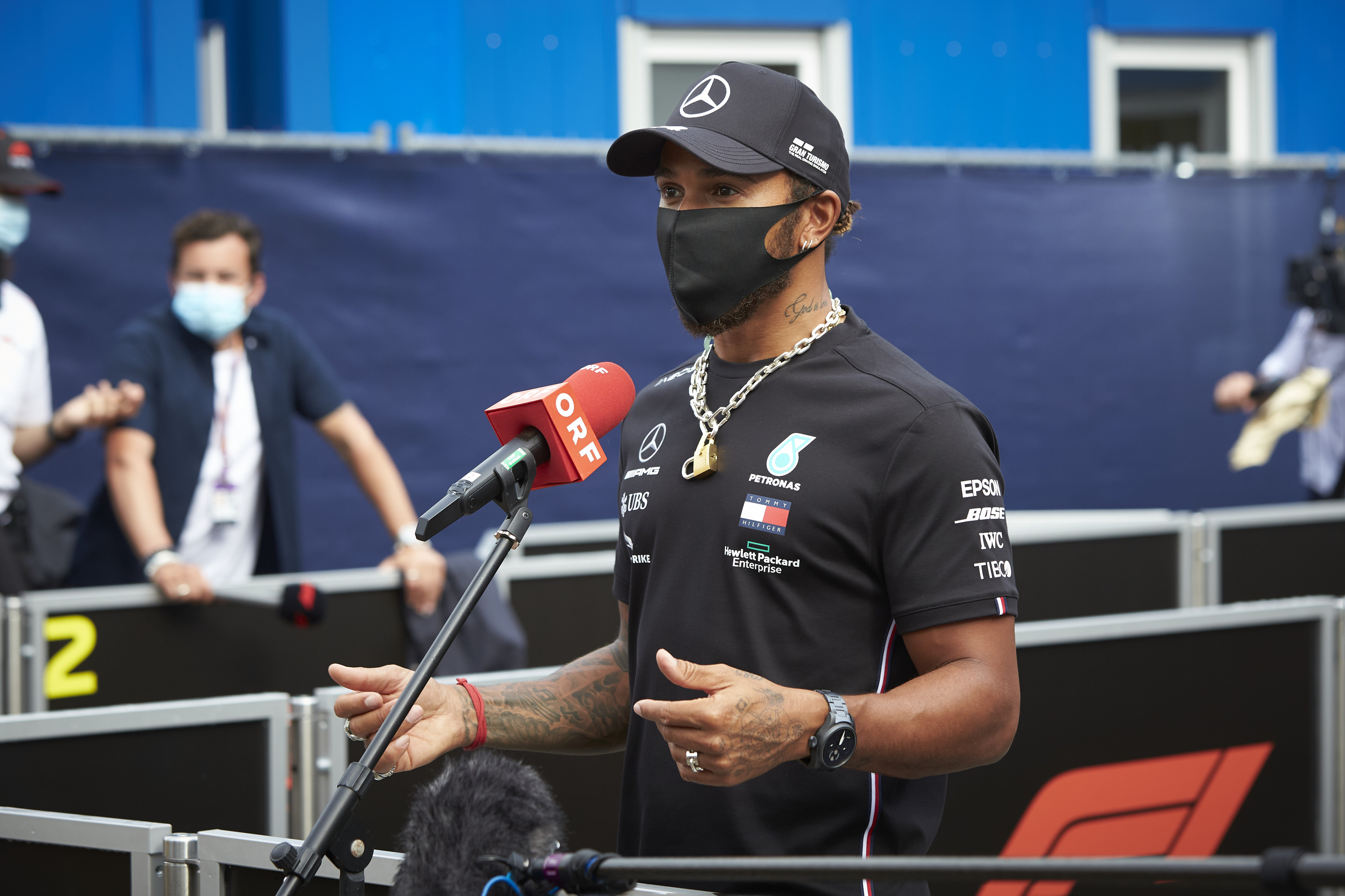 World champion Lewis Hamilton insists he is not "distracted" by his political activism in 2020.

In recent weeks, the six-time title winner has been advancing the cause of the Black Lives Matter movement, and on the grid last Sunday he led 13 other drivers in 'taking a knee'.

Hamilton is not ruling out doing the same thing this weekend.

"I'm not against taking a knee again, so if I can find a way of making sure it doesn't get in the way of us doing our job then I will," he said.

Some, however, have made a link between Hamilton's activism and the fact that he was out-qualified by eventual race winner Valtteri Bottas last weekend.

Red Bull was critical of Hamilton's driving against Alex Albon.

But Hamilton insists: "I don't feel like I need to re-focus. I think if you watch the race, my race was pretty strong.

"I do naturally need to do a better job but I wouldn't say that I was distracted by any means. I continue to stay focused, as I was before, on both trying to fight and win this championship, but also fighting for equal rights."

He also warned Red Bull against trying to play psychological games to further distract Hamilton from the 2020 title battle.

"If they don't know me better by now, mind games don't work," said the Briton. "I guess they'll eventually learn."

Meanwhile, Bottas says he hopes Mercedes has been able to fix the gearbox problem that meant both drivers had to stay off the kerbs at the Red Bull Ring last Sunday.

"The rules limit how much a gearbox can be changed, but we've found the problem and I'm confident we can fix it," he told Finnish media. "The question is when."