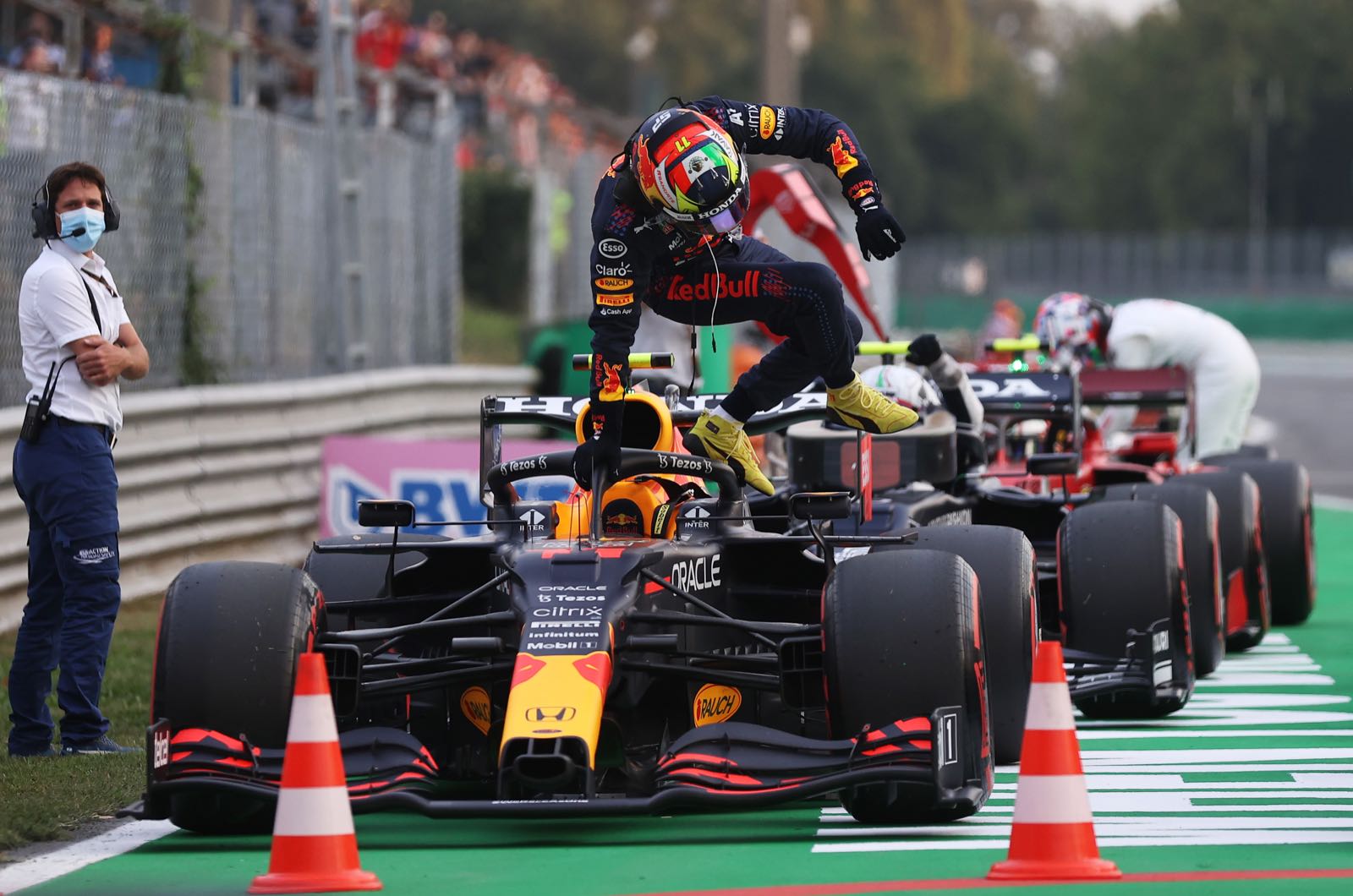 Alex Albon denies that Sergio Perez's struggles this year have been "comforting" to watch.

Albon, who is returning to the grid next year for Williams, was dropped by Red Bull at the end of last year to be replaced by the much more experienced Mexican Perez.

However, 31-year-old Perez has also struggled to match up against Red Bull teammate Max Verstappen.

"The comments Perez makes are similar to how I looked at it last year," Albon, 25, told France's Auto Hebdo.

"But I don't look at it as comforting me in any way that he's also having a hard time because I want the best for the team," said the British-born Thai driver.

"It's about Red Bull performing in the world championship."

In fact, Albon says he has taken exactly the opposite approach to demonstrating jealousy about Perez's situation.

"I prefer to help him by sharing my experience and my knowledge of the car with him," he said. "That way he can adapt as quickly as possible.

"The car has improved compared to 2020, but it is still a struggle."

Albon, though, thinks he would have improved at the wheel of Red Bull's 2021 car.

"It's hard to say that, but this year's car is better than last year's," said Albon, who remains a reserve driver whilst racing in the German series DTM.

"I feel like I've learned things about last season. I've looked back on my previous seasons and I'm glad I'm getting another chance to show what I'm worth."

In reality, signing up with Williams was no simple matter for Albon, as the team's engine partner Mercedes was unhappy with his ongoing Red Bull ties.

In the end, confidentially clauses had to be added into the contract.

"I don't want to go into too much detail, but some things are inevitable," Albon said.

"The great thing is that we found a solution that allows me to return to Formula 1."

Famous racing car constructor Gian Paolo Dallara says there is simply a difference between truly great drivers like Max Verstappen, and others like Perez and Albon.

"If Verstappen is not already the best driver in F1 today, he is a very close second," he told Autosprint.

"What Perez shows is that sometimes drivers can impress, and sometimes they do not."