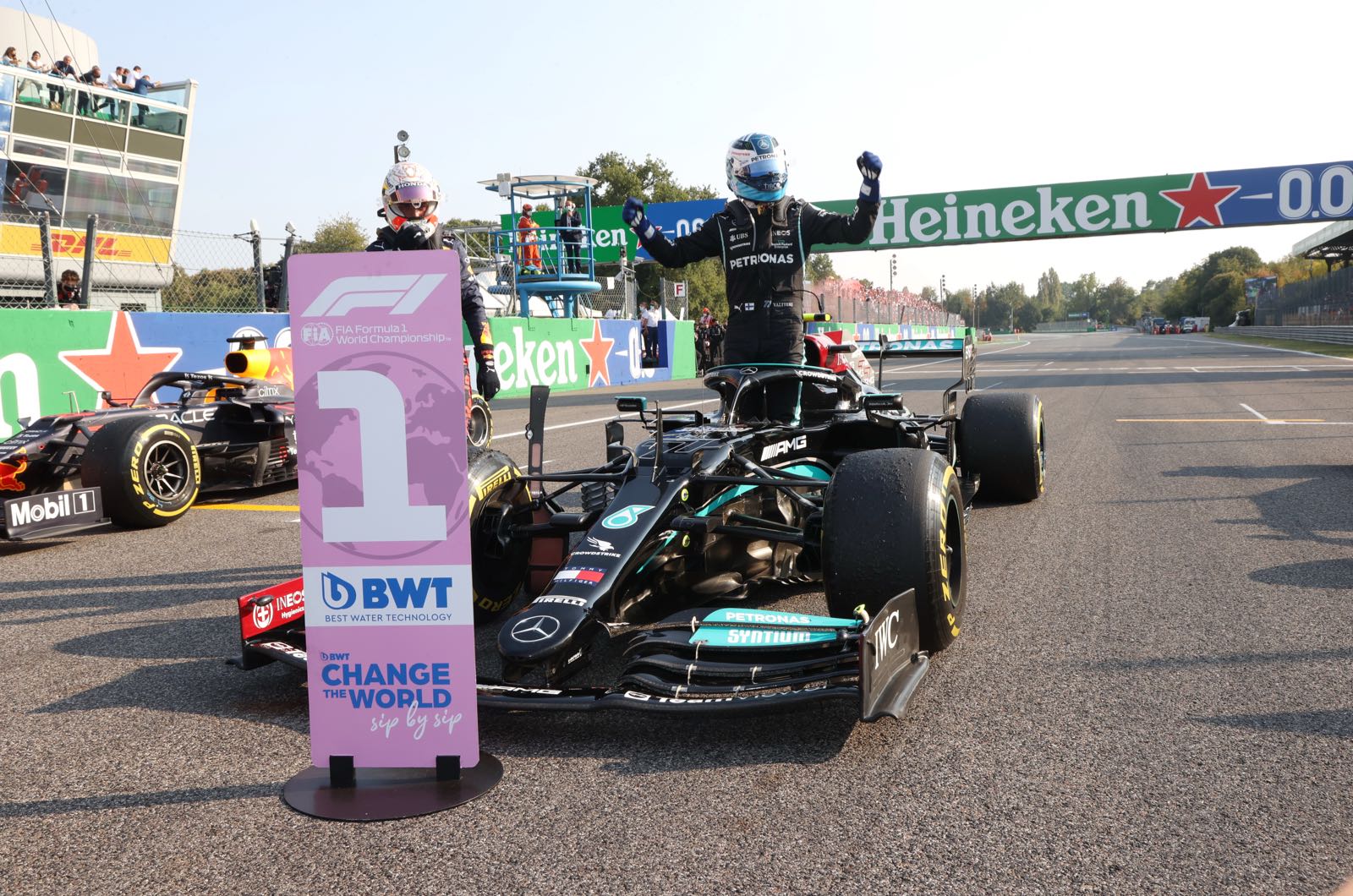 Formula 1 could be set to introduce a third world title.

Currently, drivers and teams battle it out over the season for the ultimate spoils - the FIA drivers' and constructors' world championships.

But F1 CEO Stefano Domenicali says this year's three-round trial of the new sprint qualifying format could be expanded to as many as seven sprints in 2022.

"The reaction, the tension, the pace are all good," he told Italy's Autosprint.

"At this stage we are rethinking the format but I can imagine having up to seven sprint races."

Together, Domenicali images that the seven sprint races could all count towards a new Formula 1 'Grand Slam' title.

"We're thinking about a Grand Slam - an additional title to be awarded, as in tennis," said the Italian.

"Whoever wins the sprint race title and the championship will have won the Grand Slam. Formula 1 needs to change and become more interesting for the younger audience."

Significant changes such as that would need the support not only of the teams, but also the sport's governing body which is headed by Jean Todt.

Todt admits he is currently "a bit perplexed" about why a lone practice session currently exists between Friday's qualifying session and the sprint race.

"The only benefit is the information the teams can collect for something like tyre wear," said the Frenchman.

"From the point of view of the spectacle, it doesn't make much sense."

Todt also admits he has heard criticism that the fastest driver in the normal Friday qualifying session, rather than the sprint race winner, should be declared the pole sitter.

"We need to see about that," he confirms.

"With the sprint on Saturday, Friday has been upgraded because that's when qualifying takes place. But for me the most important thing is that Sunday remains the main event."

As for Domenicali's plans for up to 7 sprints in 2022, Todt insisted: "Nothing has been decided yet.

"Let's first take a moment to see what knowledge we have gained from the trials at Silverstone, Monza and Interlagos."