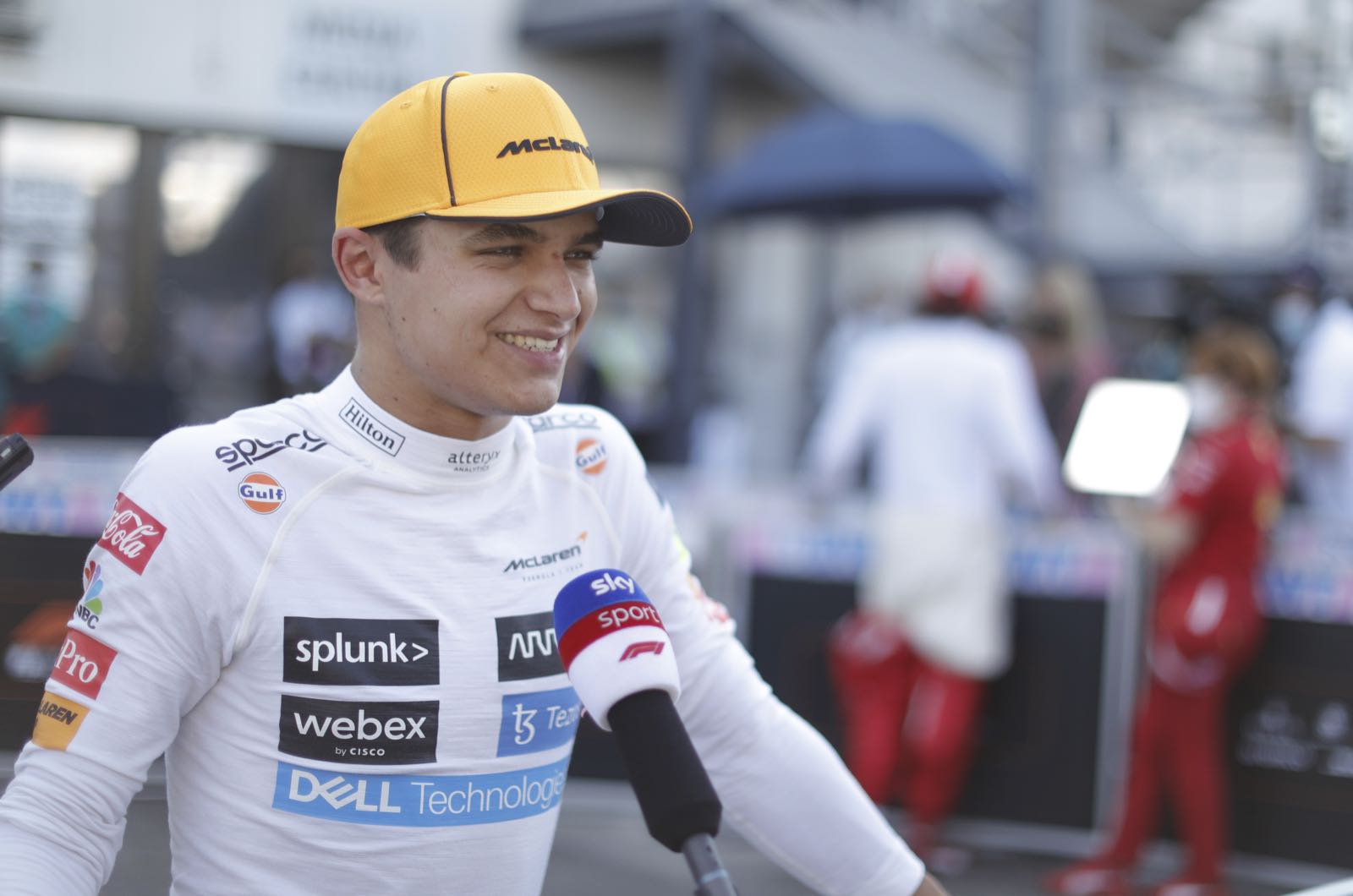 The 22-year-old has reportedly leapt up to third place in Formula 1's earnings rankings - behind only Lewis Hamilton and world champion Max Verstappen - by signing a new contract through to the end of 2025.

Reports suggest it is a $14 million per year deal, ensuring he will earn well over $50 million in the next period of time.

Norris is quoted as saying the money "always helps" when promising drivers are weighing up their next moves up and down the pitlane.

When asked about the money, he added: "My happiness comes above all else. That is the most important thing."

While leaked financial details are often wide of the mark in Formula 1, Norris hinted that he had "little chats here and there" with alternatives to McLaren.

"Nothing went far," he insisted, indicating seats may have opened up at the top teams in the coming seasons.

"Of course there will now be opportunities for other drivers to go to Red Bull or Mercedes, who knows if I would have had those opportunities.

"But the fact I chose to stay at McLaren is the good thing about this and is the strong message."

Indeed, McLaren is apparently willing to pay top dollar for Norris - more even than proven race winner Daniel Ricciardo - in order to guarantee that he won't jump ship as his experience begins to accumulate.

"The beauty of this new agreement is that there's no get-outs on both sides," said team boss Andreas Seidl. "That is the important message that we wanted to give to the team."

Norris acknowledges that he needs to be patient as McLaren works towards winning the championship in the coming years.

"We know it (the process) is not going be quick," he said. "There are things we need to improve on to guarantee we can fight for race wins and championships.

"But I know that's in the pipeline and it's what I'm confident of achieving."