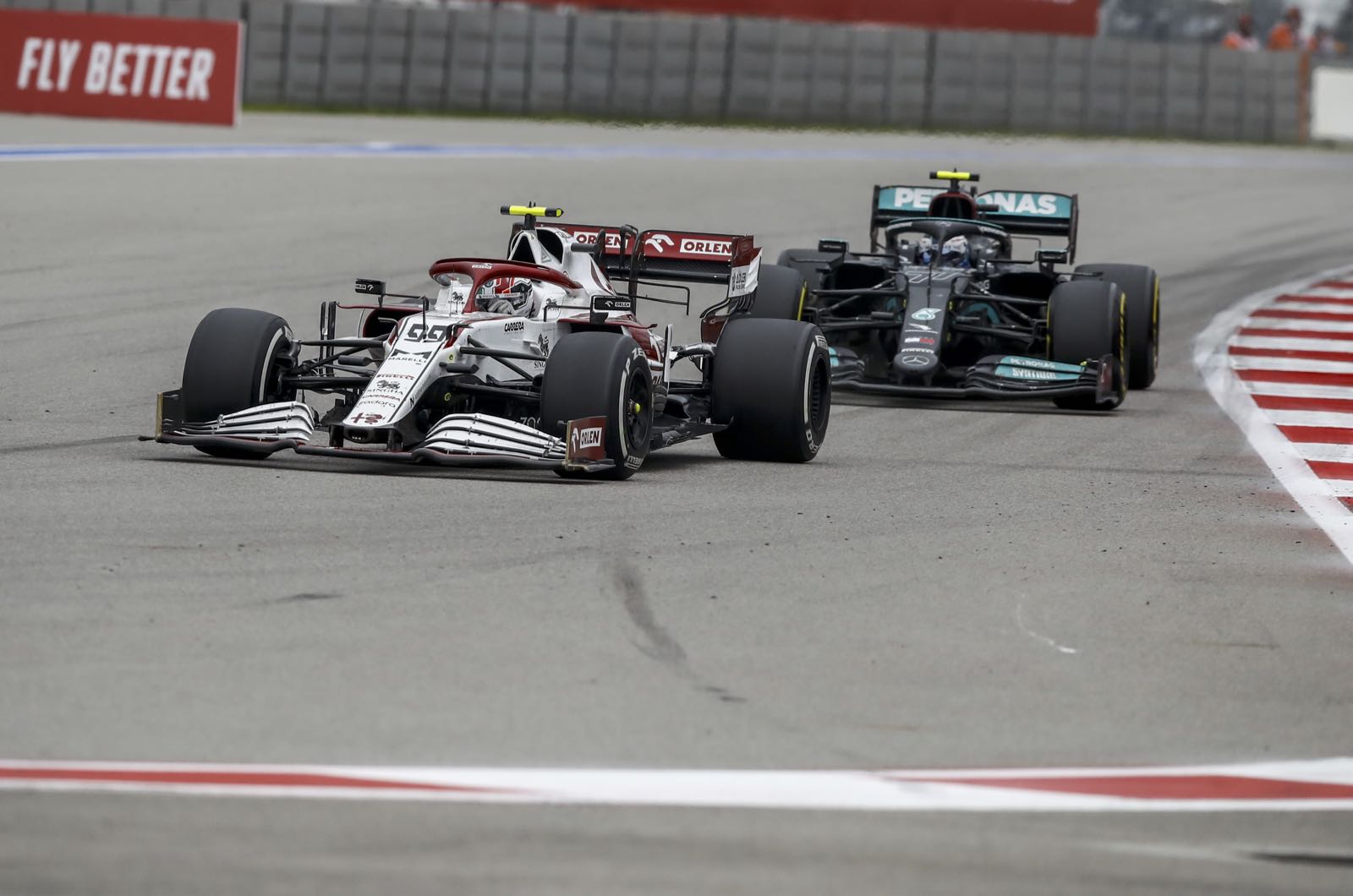 The rise of the first Chinese driver to the Formula 1 grid in 2022 is suddenly looking in doubt.

There are claims that while Alfa Romeo is keen on F2 frontrunner Guanyu Zhou's reported $30 million in Chinese backing, boss Frederic Vasseur is balking at his other contractual demands.

The most prominent is Zhou's desire for more than a one-year deal.

And so, suddenly, Ferrari-backed incumbent Antonio Giovinazzi appears to in fact still be in the frame for the 2022 seat.

"When Kimi was out for two races with corona, Antonio grew in his role as team captain," Frenchman Vasseur said.

"He took on more responsibility and worked more consistently over the weekend. Antonio improved in every session where before that he was more up and down."

Vasseur says snapping up Mercedes refugee Valtteri Bottas to fill the retiring Kimi Raikkonen's seat has given Alfa Romeo more freedom when it comes to the occupant of the second car.

"We know what we have with Valtteri," he said, amid rumours Vasseur is not keen for Zhou to sign for more than a year because it would block the path of his true favourite - Sauber junior Theo Pourchaire.

Frenchman Pourchaire, however, is still only 18, so it is believed Vasseur wanted a prominent test role for him in 2022 before stepping up to the race seat in 2023.

Therefore, it is suspected Alfa Romeo may simply say 'no' to Zhou's long-term deal and instead fill the 2022 gap alongside Bottas with F2 championship leader Oscar Piastri.

Former Red Bull driver Webber admits Piastri winning F2 this year - and therefore being locked out of defending that title as per the series rules - is a "headache" if he cannot simply race directly into Formula 1.

"He has an extraordinary resume for such a young driver," said Webber. "We will have to see what is possible."

Like Zhou, Piastri is a prominent member of Alpine's driver development program.

"We are preparing something for Oscar for next season, but I cannot give any details," said Alpine CEO Laurent Rossi.

"What I can say is that his further career does not depend on the results in Formula 2 this year," he is quoted by Italy's Autosprint.

"I am confident that Piastri's career will not stall. He has shown his talent and we want him to keep progressing.

"His future lies in Formula 1 and hopefully with Alpine."