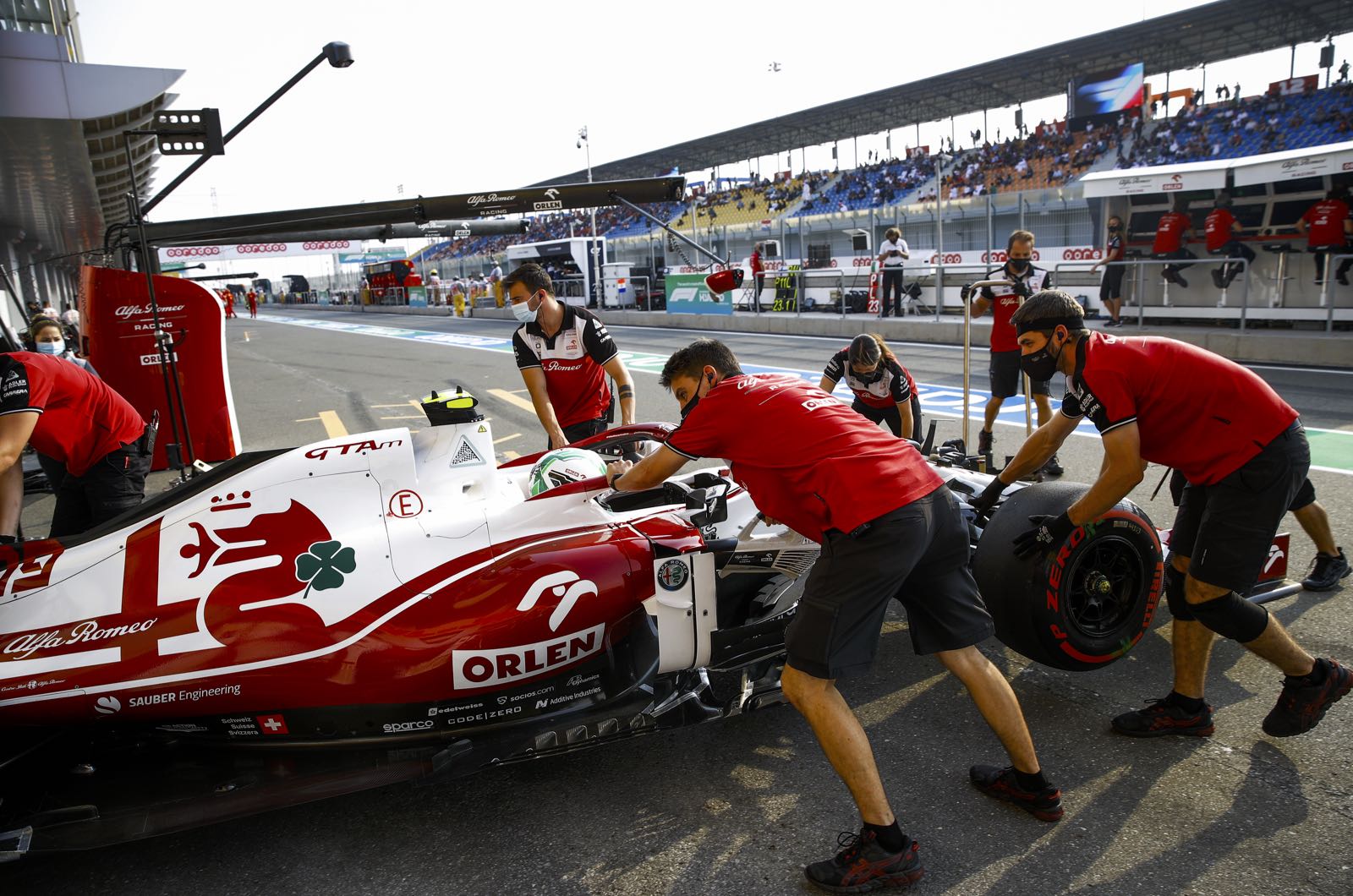 Alfa Romeo is getting dangerously low in spare parts as the long and arduous 2021 season approaches its finale.

With three races still to run, including Sunday's maiden event in Qatar, multiple Formula 1 teams were caught out by the damaging kerbs on the Losail circuit - used primarily for MotoGP.

Ferrari's Charles Leclerc and Nikita Mazepin, who drives for Haas, both suffered terminal damage to their actual monocoques.

"You don't even have to leave the track limits set by the race director to damage your car," Russian rookie Mazepin, stranded with no pace at the rear of the grid following extensive repairs, lamented.

As for Alfa Romeo, the Sauber-run team was carefully managing its last few spare floors until the patched-up ones on both Kimi Raikkonen and Antonio Giovinazzi's cars were further damaged in Qatar.

Two damaged underbodies were returned to Hinwil after Brazil for repairs, and the team is now racing against the clock to get them back in time for Saudi Arabia.

"You don't build any new parts like that so late in the season," admitted team manager Beat Zehnder.

Raikkonen and Giovinazzi will have to struggle by with damaged floors on Sunday, "otherwise we won't have any more cars to put on the track", smiled team boss Frederic Vasseur to Blick newspaper.

Zehnder's job, meanwhile, is to manage the complex logistics of getting the repaired floors to Saudi Arabia amid the ongoing covid-related global freight crisis.

"They have to go via Riyadh, and there is always the danger of delays," he said.