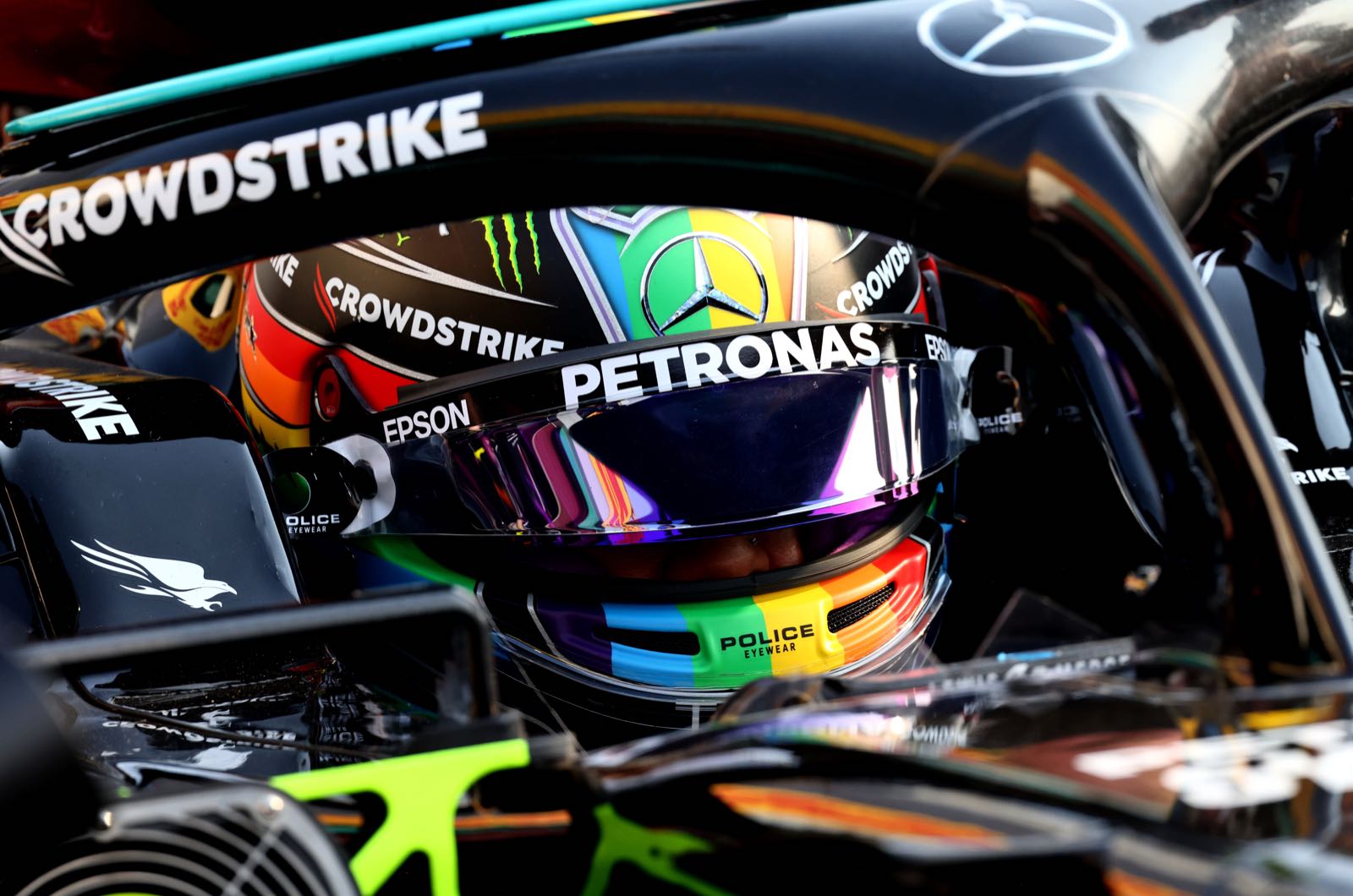 The needle between Mercedes and Red Bull is raging on in Qatar, as the 2021 world championship battle races towards its thrilling conclusion.

With just three Formula 1 races still to run this year, including Sunday's at the MotoGP circuit Losail, the top teams are warring over allegedly illegal engines, driver manoeuvres and flexible wings.

Red Bull boss Christian Horner says a new stress test for the lower element of the rear wing is a victory in the team's struggle against Mercedes and Lewis Hamilton.

"We are very pleased that the FIA is taking this matter so seriously," he said on Saturday.

Horner said the new tests have already "done their job" given that Hamilton's straightline speed advantage is significantly lower this weekend.

However, an FIA spokesman clarified that the tests are actually just about "gathering information" to be used as the basis for new rules "in the future".

Mercedes boss Toto Wolff said sarcastically: "Despite a large rear wing, they (Red Bull) are as fast as us this weekend. And I'm happy when they are happy.

"Let's see what kind of comments we will hear from them in Saudi Arabia."

Indeed, Mercedes' advantage is expected to be greater on the long straight at the new Jeddah circuit - where the "rocket" engine of Brazil may return.

Both Wolff and Hamilton have revealed that the controversial engine fitted at Interlagos a week ago is in fact not in the reigning champions' car in Qatar.

"No, he's using another one we have," Wolff told DAZN.

The Austrian also suggested Red Bull are "seeing ghosts" when they talk about visible marks that suggest the lower rear wing element is flexing at speed.

"I can no longer follow everything they say about us," Wolff insisted.

"We cannot continue to respond to rumours that are being brought into the world from that side."

One line of attack from the Mercedes corner, however, is over Max Verstappen's defensive driving in Brazil - despite the FIA on Friday rejecting a push for a review of the stewards' decision.

"In my opinion, that (decision) is very dangerous," Wolff said.

"If in any of the remaining races an ambiguous situation arises, you can imagine what the polarisation of opinions will be, because the rules are not clearly formulated."

Meanwhile, at the time of writing, the stewards were looking into whether championship leader Verstappen should be pushed down the grid for ignoring yellow flags in the dying moments of Q3.

"I just looked at the records and I believe Max committed a triple violation," Wolff said.

"Everything now depends on the decision of the stewards and I don't want to speculate."

Finally, Red Bull is not giving up despite the whopping 6 tenth disadvantage to pole-sitter Hamilton in Qatar.

"The gap is quite alarming," admitted Dr Helmut Marko, "but Mercedes is not so confident with full tanks.

"We have a chance until the first stop. Otherwise, Hamilton could remain out of reach for us."