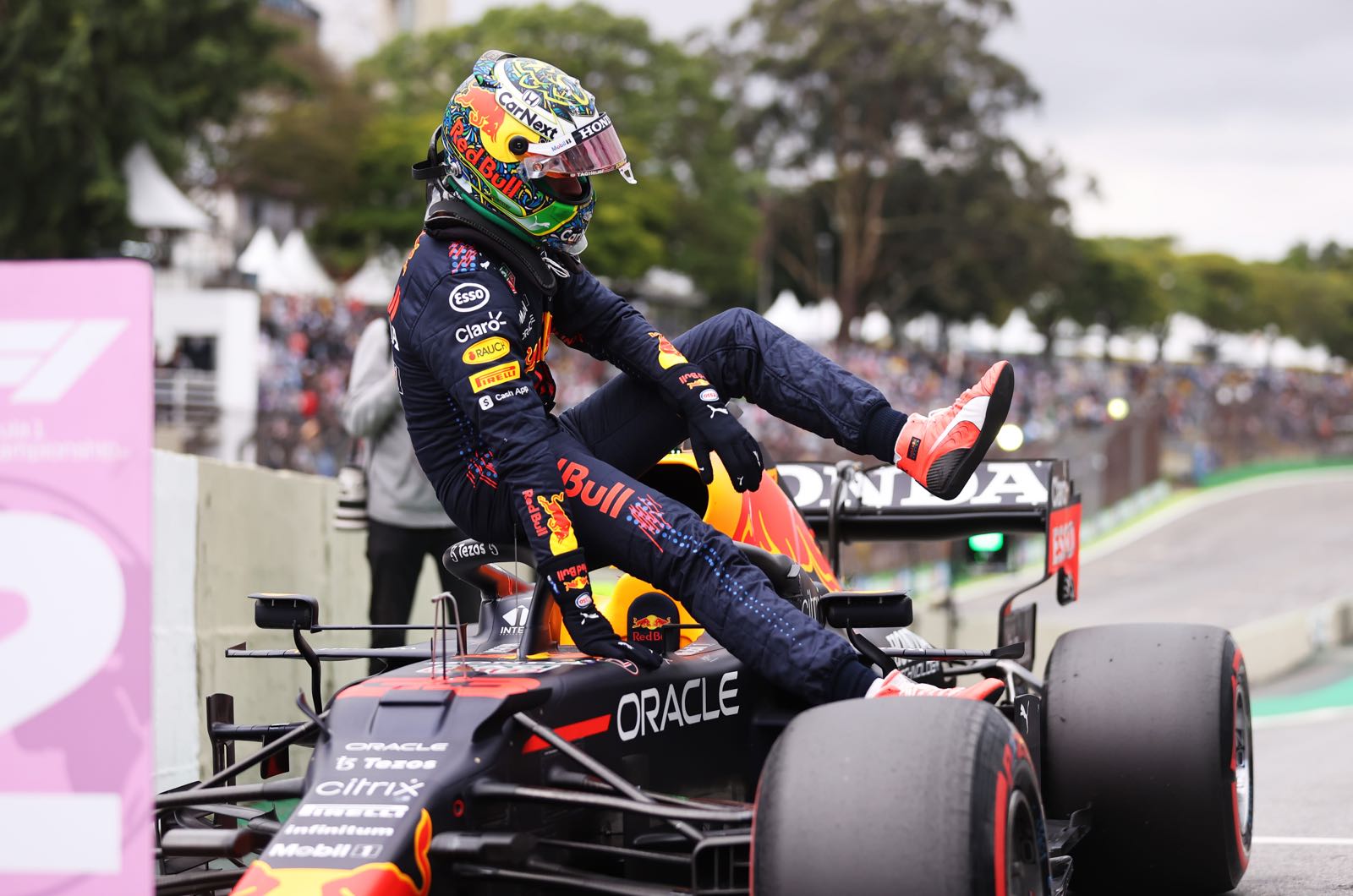 "Penalty for what?" he said.

"I mean, there is no gain, there was no contact. I think it was just a fight between the two of them."

Wolff, however, left Brazil fuming about supposedly unfair treatment by the FIA throughout the entire Interlagos weekend, including Hamilton's qualifying exclusion for the DRS wing violation.

"We treat all the teams fairly - the drivers too," insisted F1 race director Michael Masi.

"I think everyone who is penalised believes it was unfair."

Former Williams driver Sergey Sirotkin told the Dutch publication Formule 1 that he believes Verstappen did in fact act "deliberately" by running the pair of them wide.

"I thought Max might be punished but it seems to me that he would have been if they weren't fighting for the title," he said.

"Since there was no contact or even a change of positions, they simply decided not to intervene," the Russian added.

Some fans are even believing conspiracy theories about one key video angle of the incident - Verstappen's on-board camera - being deliberately hidden by Formula 1.

When asked if that missing footage could be a 'smoking gun' that could ultimately lead to a successful protest, Masi admitted: "Could be. Absolutely.

"But no, we didn't have access to it. Obviously, once the commercial rights holder supplies it, we'll have a look."

Arguably a bigger problem from Verstappen's perspective is the fresh engine that has helped to empower Hamilton with vastly superior straightline speed for the final trio of races in 2021.

"Of course a new engine brings a significant performance gain at the beginning," the 24-year-old admitted.

"But that will slowly return to normal," Verstappen said. "Maybe it looks a little more dramatic now and the straights are a little too painful for us, but it's been like this all year.

"It goes up, it goes down, I was behind and now I'm in front, so a lot can still happen."