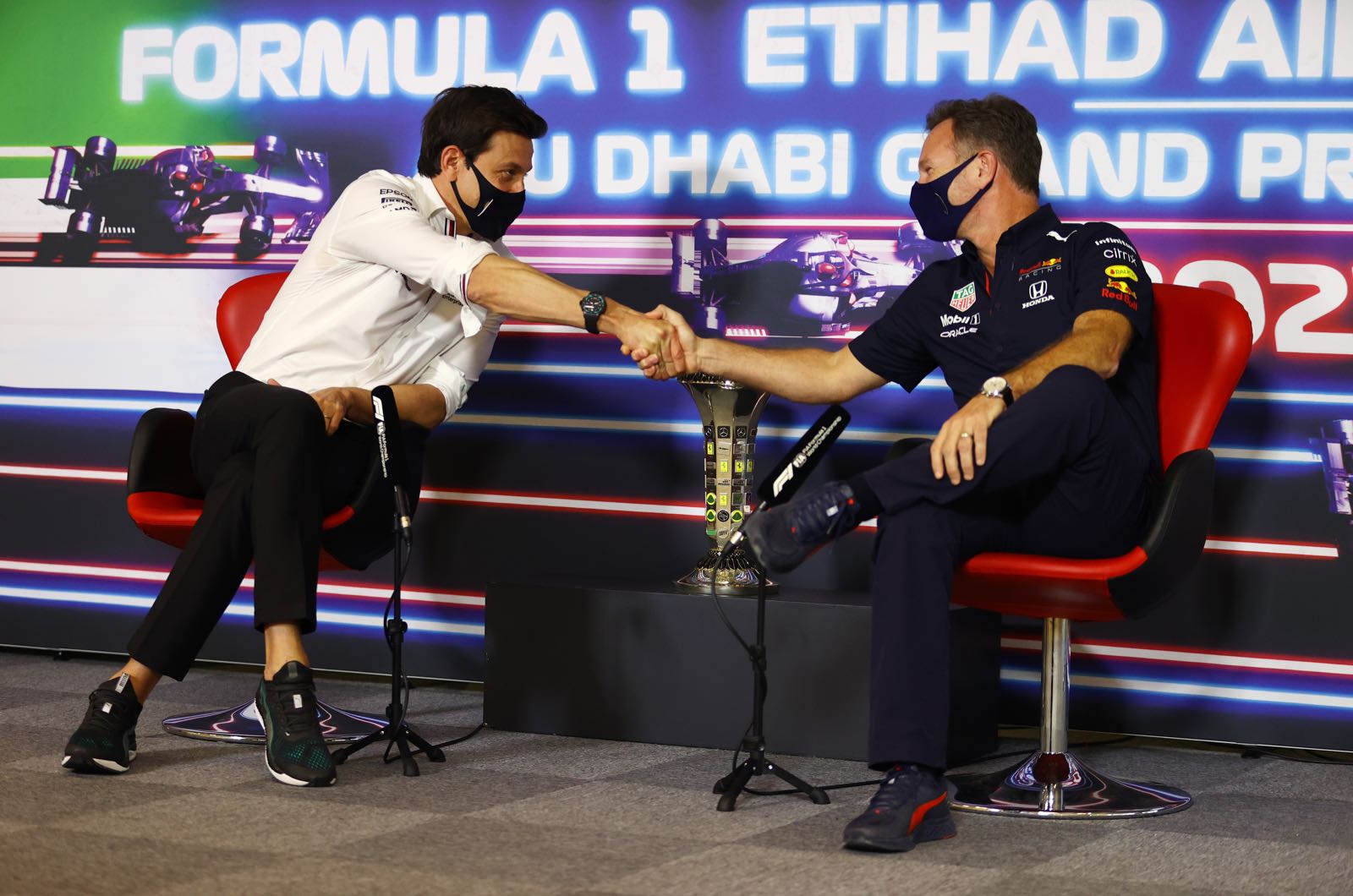 While Lewis Hamilton and his father Anthony both personally congratulated the new world champion immediately after the race in Abu Dhabi, a furious Wolff chose instead to focus on first protesting and then vowing to appeal the decisions of race management.

But it now emerges that Mercedes may in fact let Thursday's deadline for pushing ahead with the appeal process pass, with London's Times newspaper saying Wolff fears a PR backlash and reputational damage.

Red Bull clearly intends to fight any official appeal, with Red Bull boss Christian Horner flying back to the UK to prepare for that rather than taking part in any extended celebrations in the Middle East.

When told that Hamilton suspected the FIA had "manipulated" the race result, Ecclestone said: "I'd like to know who has been manipulating and is clever enough to do that.

"This was just a set of circumstances that happened and it ended an incredible world championship that I'm sure everyone was more than happy to watch.

"I think an appeal would be the worst thing they could do. It would look like they are bad losers," the 91-year-old insisted.

"But the star will get immensely scratched if they go ahead with this protest."

So after a night of hard-partying in Abu Dhabi that even involved crowd-surfing, Wolff changed his tune on Monday by finally sending Verstappen a message.

"Toto sent me a text," the Dutchman confirmed. "Congratulations on the season and that I deserve to win it. So that was very nice of him."

Verstappen said emotions were "very high" all round after the sensational last lap of the 2021 season, but he said he appreciated Hamilton's immediate congratulations.

"Lewis came straight to me after the race, which proves that he is a great sportsman and that we respect each other," he said.

"Of course I sympathise with him," Verstappen continued. "He did everything right during the whole race.

"It could have gone the other way - that I control the race and lose it on the last lap. It's unfortunate, but that's just racing."