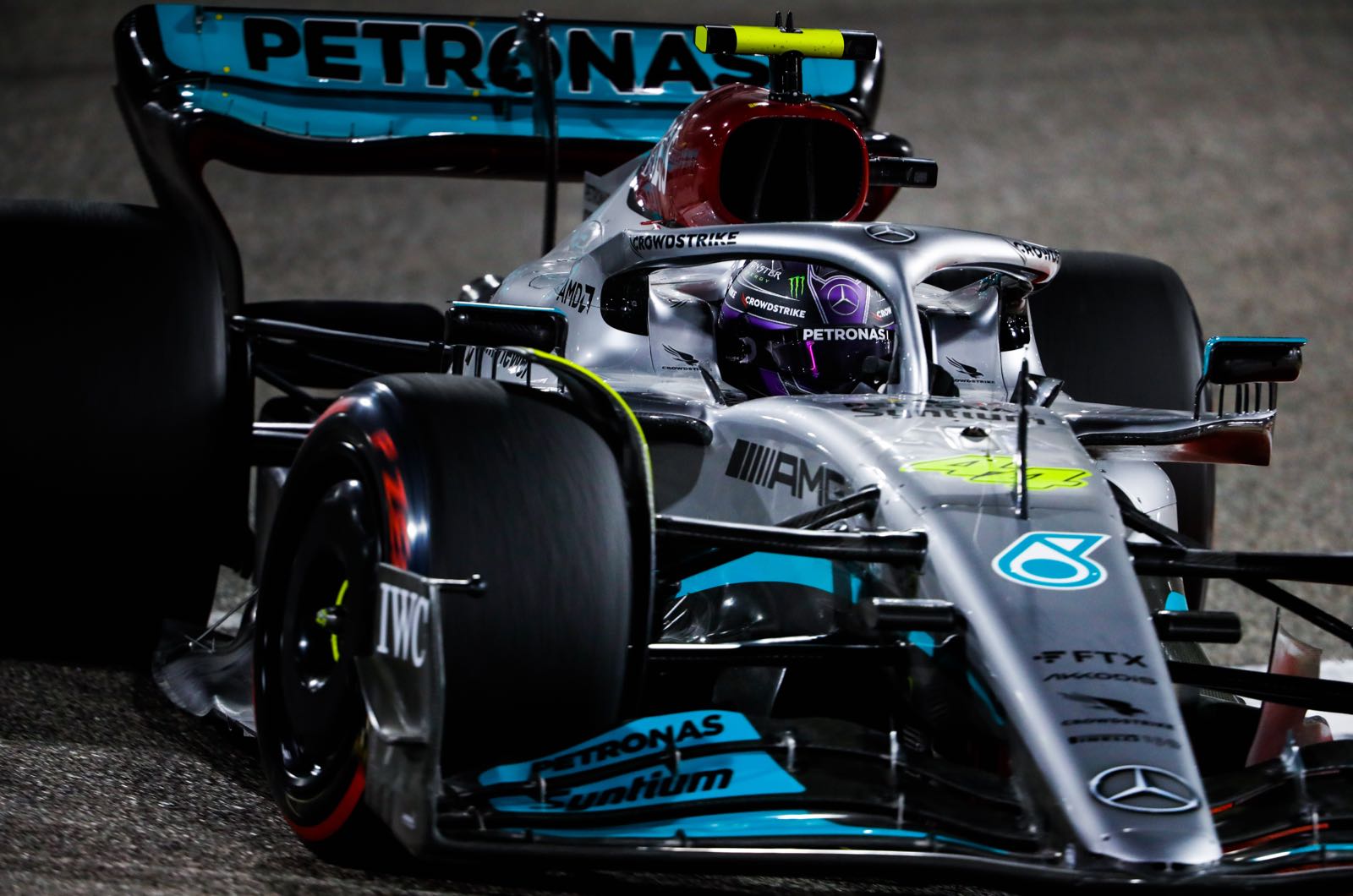 Pierre Gasly thinks reports that Mercedes may not be in a winning position early in 2022 may be true.

The Alpha Tauri driver revealed that he was able to practice some nose-to-tail racing with the new ground effect cars after coming across Lewis Hamilton on track in the Bahrain test.

"I didn't think I'd be able to fight with Lewis like that," Gasly revealed.

"It is much easier to cling to an opponent now. That makes me very optimistic for the coming season."

Just as noticeable to the 26-year-old Frenchman, however, was that Hamilton was having "big problems" with the handling of his silver Mercedes.

"That was clear to see," Gasly said. "I guess Mercedes still have a lot of work to do if they want to fight for victories."

Gasly also wants to fight for victories in Formula 1, which is why he is being vocal this season about potentially returning to Red Bull Racing in 2023.

"Today, I don't know what they intend to do with me," he said. "Next year is our last year together, so these are things that are under discussion."

He said stepping back up to Red Bull is his "first option" for 2023, but he recognises that after his experiences of 2019, that may be difficult.

"Of course, what I lived through for six months are not things that you forget," Gasly told RMC Sport. "But it's been three years now and the page is already well turned.

"This is my ninth season with Red Bull, there were eight and a half years of victories, pole positions, titles and only six not-so-great months."

However, rejoining Red Bull as Max Verstappen's teammate may be difficult in terms of the support he may get from the team to push for those wins.

"That's one of the things that we will have to discuss, depending on the situation on their side and their desires," said Gasly.

"Of course, if I go there, it's to win races. I have want to win, I want to fight in front, so yes - that will be one of the things to discuss."