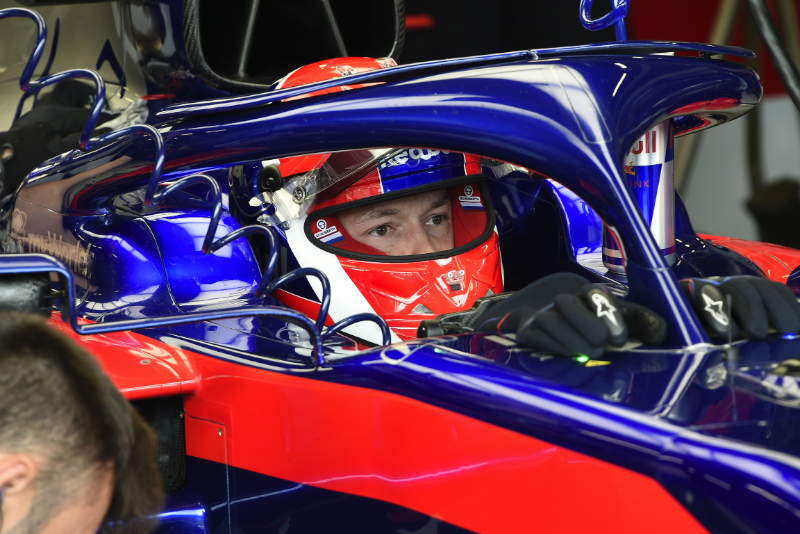 The Russian has successfully resurrected his career after being dropped first from Red Bull and then Toro Rosso at the end of 2017.

He returned to the podium recently at Hockenheim, which was Toro Rosso's first in over a decade.

But now Red Bull has decided to promote his teammate Alex Albon to replace the struggling Pierre Gasly.

"I found out everything in the same day," Kvyat told Russia's Championat during a team event in St Petersburg.

"I had a phone call from Dr Marko. It is important to respectfully accept such decisions.

"I think they just want to see how Albon performs in a car that is able to win with a teammate like Verstappen. I've already been at Red Bull and I think that played a role in the decision," he said.

"So far it's been one short conversation."

Knowing the way Helmut Marko and Red Bull do business, Kvyat says he is not over-reading the situation.

"Everything is fine with my results," he said. "And everything that will happen after 2019 is still unclear.

"I think we need to wait another two or three weeks, and then it will become clearer," Kvyat added, referring to what his future looks like for 2020.

Speaking to Russia's Sportbox, Kvyat agrees that Albon has been impressive. Indeed, in a recent interview, he said British-born Thai Albon is arguably a tougher teammate even than Daniel Ricciardo had been.

"I didn't say someone was better than someone else," he clarified. "It is you drawing those conclusions. But Alex was fast right away.

"Many other drivers need time to adapt, but not him. There is still a lot of room for growth and how he uses that potential depends on the driver himself."

And so he also told the Russian publication Sport-Express that was never presumptuous about getting the call to replace Gasly.

"I did not expect anything," Kvyat insists. "I am focused on my own work.

"Both Red Bull and I are pleased with the season and we will continue in the same spirit, not focusing on decisions that are not mine to take."