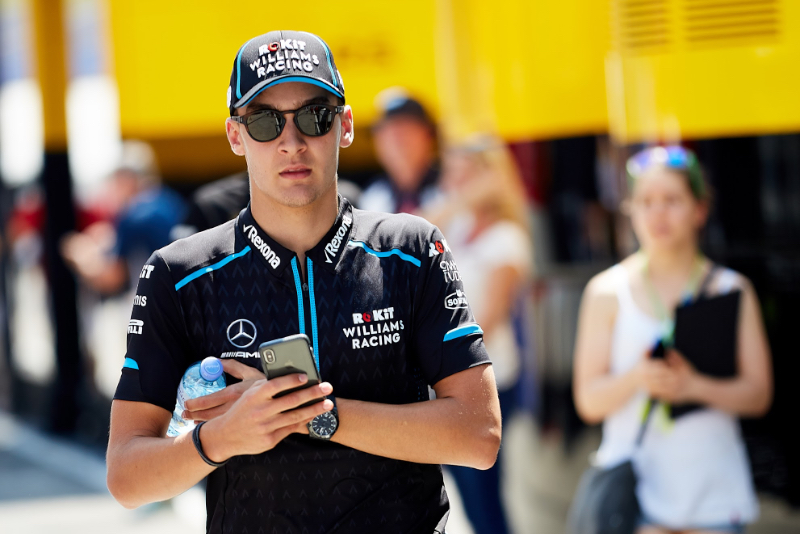 Robert Kubica has played down teammate George Russell's claims about online hate directed towards him.

Russell, who has dominated Pole Kubica at Williams this year, recently claimed that half of the comments on his social media postings are "hate" from Kubica's Polish fans.

Kubica told the Polish publication Super Express: "I don't know if he is making a mistake, but I just saw the article and I was a bit surprised that he said it before an event like this."

Kubica was speaking at the Verva Street Racing event in Poland, which was organised by Kubica's sponsor PKN Orlen.

Russell was scheduled to attend, but he pulled out at the last minute with what he described as a "virus".

"I was personally on stage when Polish fans chanted his name, just as they chant mine," Kubica continued. "They really supported him with open arms.

"Apparently George reads posts on his social media, but I don't do that so I don't have those problems.

"A dozen or so years ago I learned not to read reviews. I do my job and people have the right to express opinions," he added. "Formula 1 is so complicated that making judgements is not easy."

Kubica also admitted at the Orlen event that he is not sure if he will stay in F1 next year, having struggled to keep up with Russell this year.

"You do not know all of the circumstances," the 34-year-old told Auto Motor und Sport.

"There have been many moments when I could not concentrate on driving alone. You see the results, but there are many other problems that make it difficult to show what is possible," said Kubica.