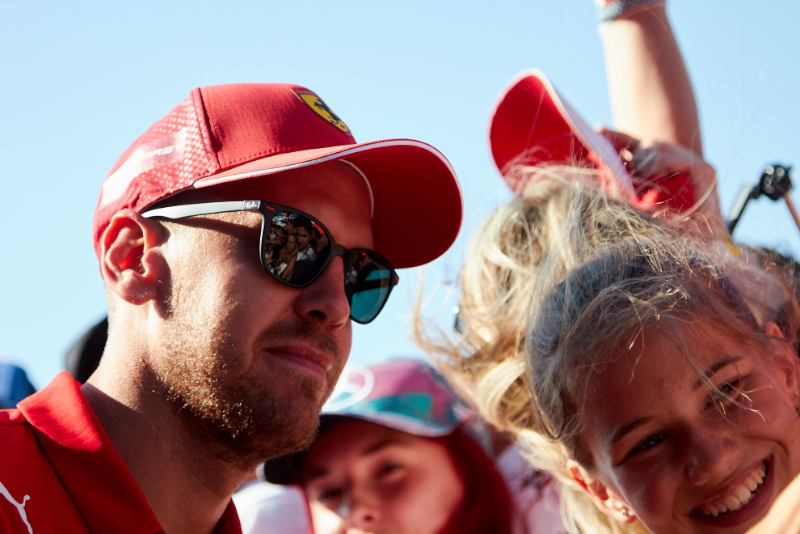 Gerhard Berger thinks it is possible that Sebastian Vettel will pull out of his Ferrari contract.

German Vettel, a quadruple world champion, has won a grand total of 52 races -- the third highest tally in the sport's history.

But his last win was exactly a year ago, at Spa Francorchamps in 2018.

"I am convinced that we will stand on the top step this year," Vettel told Blick newspaper ahead of his return to Belgium this weekend.

"We will certainly not give up. We are actually pushing the development of the car and I feel like the problems I had with the rear are now not as bad."

However, there remain uncertainties about Vettel's future.

The 32-year-old, who keeps his family life fiercely private, has admitted a certain disillusionment with modern F1. His wife Hanna is understood to be pregnant with their third child.

Finland's Turun Sanomat newspaper claims that a clause in Vettel's contract, which is valid also for 2020, would allow the German to quit Ferrari if he is outside the top three drivers in the championship.

The report claims Vettel could use the opportunity to return to Red Bull, where he won all of his four titles.

But F1 legend Berger, who was Vettel's first F1 team boss at Toro Rosso, thinks he could retire from the sport altogether.

"Sebastian is a very intelligent guy and certainly he has a lot of other aspects to his life," the former Ferrari driver told DPA news agency.

"He is very family-oriented, he has children, and he has a lot of money -- he doesn't need any more," Berger said.

"His heart is very much with his family and his old motorcycles and cars."

Vettel has played down any retirement talk, but Berger is not so sure.

"I can well imagine that he wakes up one morning and says 'it's all getting on my nerves, I'm doing something else or I'm going to drive cars that are more fun and not operating under such complex rules'," said Berger.

"It's not like Sebastian is not good at surprises."

Berger says the situation Vettel is in at Ferrari, where he is not currently winning and young teammate Charles Leclerc could begin to get the upper hand, is "not easy for Sebastian".

"He is running out of time," Berger said.

"It's a bit different to Michael (Schumacher), who was much stricter with his team and guided it more, which is not a criticism of Sebastian," he explained.

"Sebastian is very clever and hardworking, it's just not his nature. It's the management's duty to make the team work," said Berger.