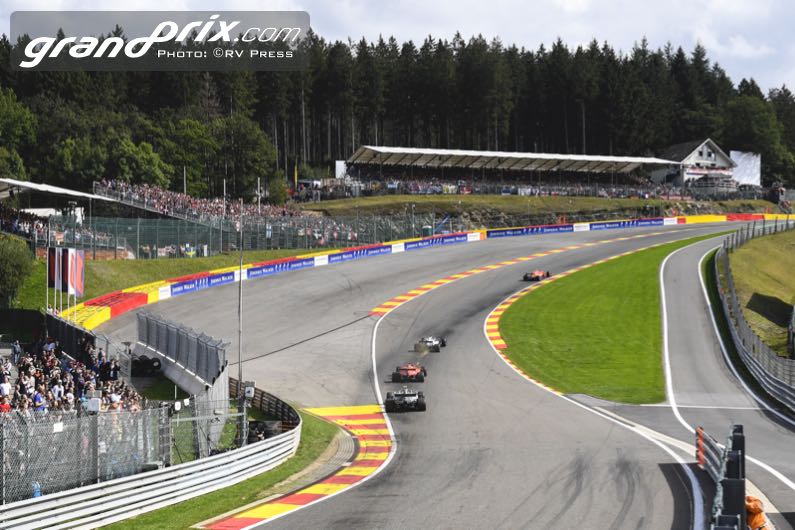 Juan Manuel Correa will tackle the fabled Eau Rouge once again when he returns to racing action at Spa-Francorchamps two years after almost dying.

It was late August in 2019 when, on the exit of F1's most famous corner, Correa's Formula 2 car careened into the crashed single seater of 22-year-old Anthoine Hubert, who subsequently died.

Correa, now 22, sustained serious injuries to his legs and lungs, but ultimately survived and this year finally returned to racing in Formula 3.

That series is a support race for the Belgian GP this weekend.

"I thought I'd never really be completely happy again if I didn't try to come back," Correa told Italy's La Gazzetta dello Sport.

"I wanted to prove that I am able to return. That was very important to me."

The Ecuadorian now dedicates every result he achieves on track to his late French rival Hubert.

"It's exactly like that, and it always will be," said Correa.

"I hear from and write to his mother, Nathalie. I started doing that right away - ever since I woke up from the coma.

"I told her that wherever I go in the racing world I will always take her Anthoine with me. Because we were fighting for the same goal - to get to Formula 1.

"All of us in these championships have very similar stories, the same sacrifices, the same dreams. When I learned that Anthoine was dead, it meant he could no longer live his dream. Which is my dream too.

"I am so lucky to be able to continue doing something he would have liked to do with me."

Correa says he is now back up to speed in Formula 3, although he still remains in "the rehabilitation phase".

"The left leg is getting stronger and stronger," he said. "I can brake as I want, even if it is a bit softer. The right leg always hurts me.

"I can walk without a cane, but I always feel a lot of pain. It's not easy.

"But to be honest, since the first moment I got back in the cockpit in February, I didn't have any more psychological problems," Correa added.

"I am more mature now, I understand the risks more and stay out of trouble with more intelligence. But I'm not afraid. If I was, I would not have been able to return."

Correa is also back in Sauber's development academy, and although a return to Formula 2 is the next step for him, he reveals that his F1 dream remains alive.

"Yes, being connected to an F1 team is perfect - that's what I wanted," he said. "The team gave me a lot of support, as well as Frederic Vasseur, the owner of the team for which I now race in Formula 3."