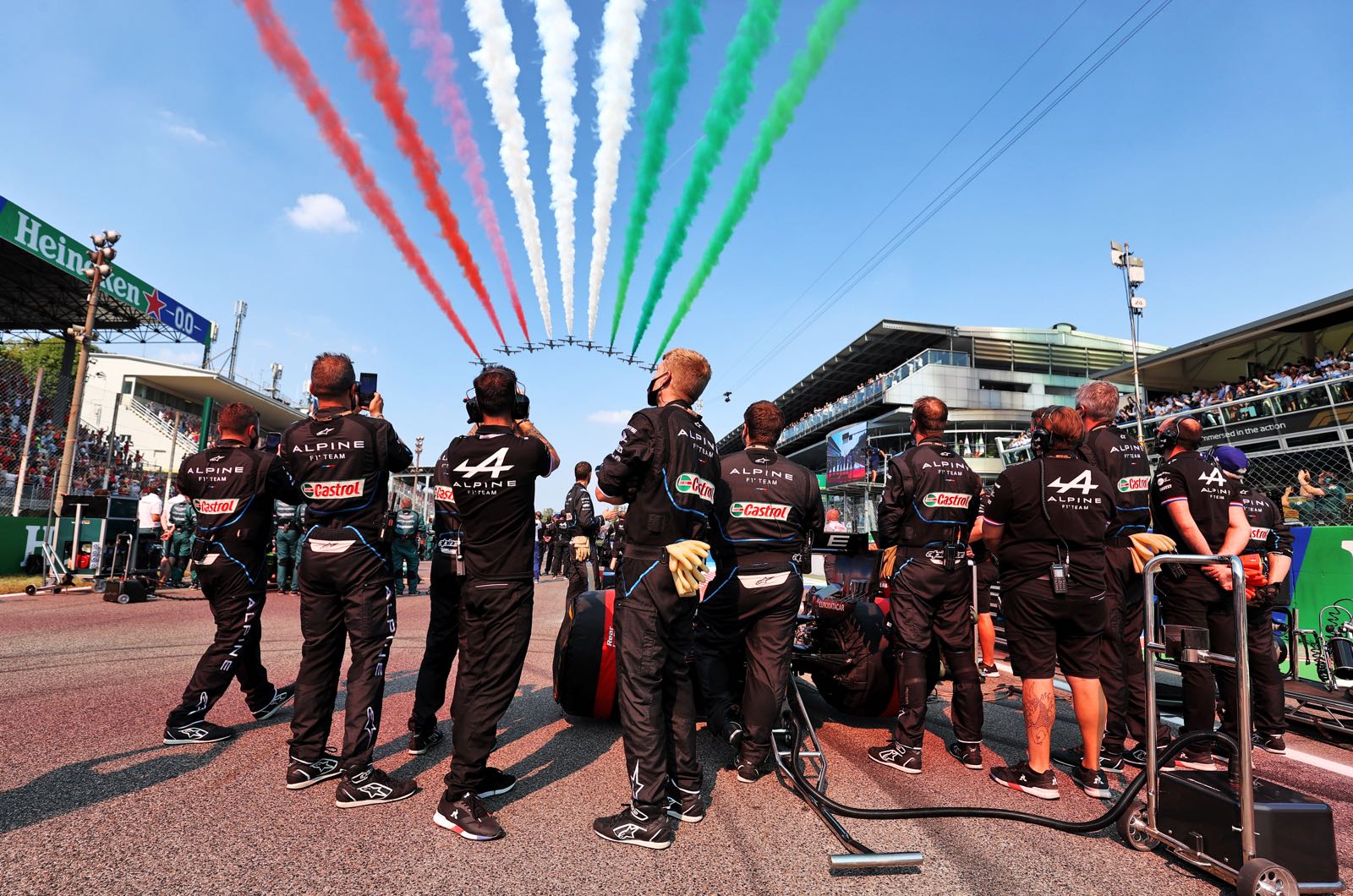 Fans of the Frecce Tricolori can breathe a sigh of relief after Formula 1 banned military aircraft flyovers at grands prix in 2022.

Not long after the military ban was announced, Silverstone boss Stuart Pringle clarified that F1 will continue to allow the popular Red Arrows aerobatic team to perform ahead of the British GP.

"The Red Arrows, officially known as the Royal Air Force Aerobatic Team, are not classed as military aviation and, as such, do not fall into the category of those displays that will no longer be permitted," he said.

However, it appeared to be a different story for Italy's Frecce Tricolori, which according to Corriere della Sera newspaper were indeed removed from the 2022 pre-race programs at both Imola and Monza.

"I hope that, in the end, a shared solution will be found so as not to deprive the spectators of what is in effect a show within a show as well as a strong appeal to national identity," said Italian automobile club Aci chief Geronimo La Russa.

The same Corriere della Sera newspaper is now reporting that the Frecce Tricolori will indeed still be allowed to fly, as it is a separate aerobatic division of the Italian Air Force.

"They will continue to perform in Italian skies before the race because it falls into the 'display teams' category," reported correspondent Daniele Sparisci.

"It is a common sense decision, not least because exceptions had been made for commercial and historic aircraft such as the Red Bull fleet that performs in Austria," he added.

"Purely military aircraft will remain on the ground, including jets, helicopters and fighter-bombers. According to some, they are used by some countries to demonstrate their military strength," Sparisci wrote.