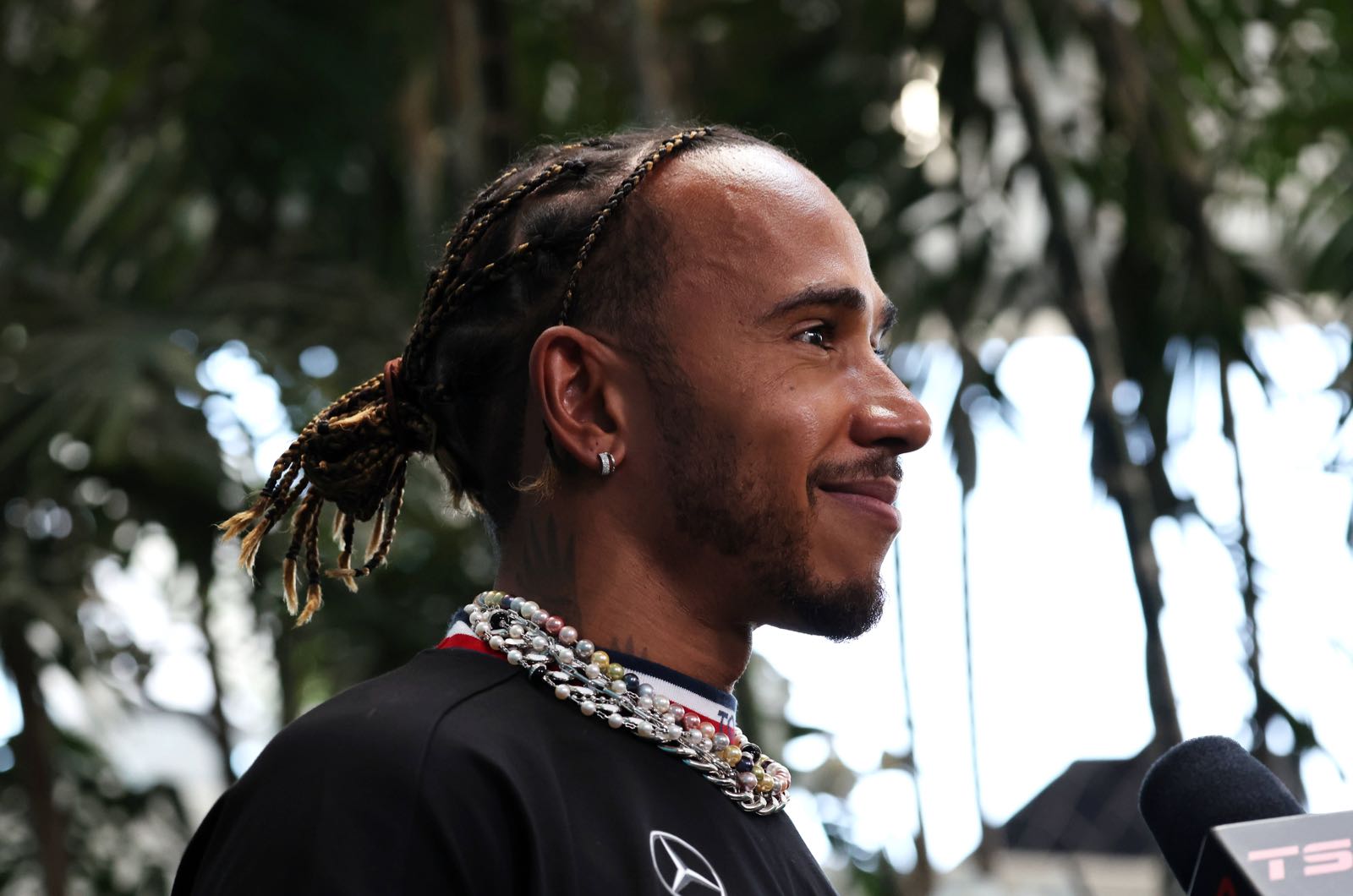 Lewis Hamilton threatened to boycott this weekend's Miami GP if the FIA pressed ahead with its plans to ban his jewellery from the Mercedes cockpit.

In a letter ahead of the inaugural street race, new F1 race director Niels Wittich reiterated his intention to enforce the jewellery ban with trackside "checks".

"I feel it's targeted in a particular way towards Lewis," quadruple world champion Sebastian Vettel said in Miami.

Indeed, Hamilton protested by wearing multiple watches, chains and piercings in the official FIA press conference on Friday - and threatened to boycott.

"We have a spare driver, so we're ready and prepped for the weekend," the Mercedes driver said on Friday. "There's lots going on in the city anyway, so I'll be good either way."

In the end, Hamilton gave up the battle when the FIA offered to give him a two-year exemption only for certain piercings that he claims could not be immediately removed.

"In the car only I only ever have my earrings on and my nose ring, which I can't even remove."

Four-time title winner Vettel also made a visible protest on Friday by ludicrously wearing underpants on the outside of his overalls - a jibe at the FIA's banning of the drivers' underwear of choice.

"Really, is that the most exciting thing we can talk about?" the German quipped.

"Obviously, if the car does catch fire, it will be unpleasant. But on the other hand, to some degree, it's personal freedom, and we're old enough to make our choices outside the car as well as inside the car."

"They should be committed to safety," he told Sky Deutschland. "Especially after Romain Grosjean's accident, the drivers should know better.

"The FIA is absolutely right - the young guys in Formula 4 and 3 should see that the F1 drivers stick to the rules. When the most experienced people like Vettel and Hamilton mock the FIA, I think it's childish."

SAINZ HAS NO IDEA ABOUT FERRARI CHEAT CLAIMS

STRUGGLING MERCEDES FIGHTS BACK IN MIAMI

NO INTEREST IN SELLING MCLAREN TO AUDI