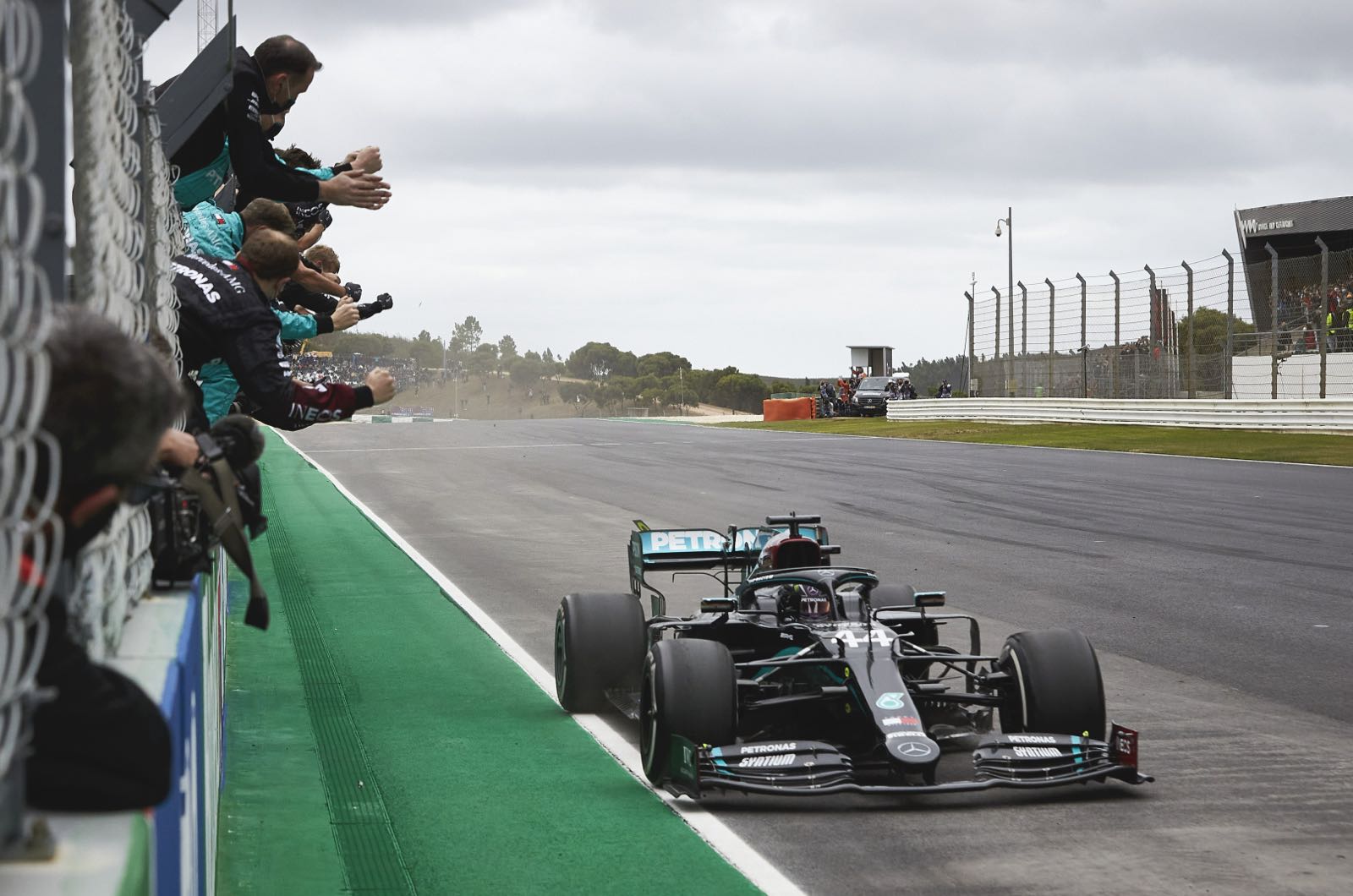 Bernie Ecclestone says it is "tragic" that those who laid the foundations of Mercedes' utter dominance of Formula 1 are not getting the credit.

As Lewis Hamilton cruises to his sixth world championship in silver this year, having broken Michael Schumacher's all-time record of 91 wins last time out, Ecclestone said the British driver "deserves it".

"But I compare him to a poker player who always has four aces in his hand," the 90-year-old told Sport1. "You're playing poker and the others are sweating.

"I'd like to see him on a team with Max Verstappen. Then we would see if he makes so few mistakes."

Although Hamilton is now racing past Schumacher's all-time records, Ecclestone says it was the great German who helped lay the foundations of Mercedes' dominance.

"He (Schumacher) knew that, like at Ferrari, he first had to do some development work. So it's almost tragic that it is other people who are now benefitting from it," said Ecclestone.

"Also Toto Wolff and all the others," he added. "I don't want to diminish the performance of everyone involved, but in 2014 all they had to do was lie down in the bed that Ross Brawn and Michael - and others - made for them.

"The real achievement has been more about maintaining that level. Niki Lauda made a big contribution to that, but the Mercedes engine was more than half of the battle."

Ecclestone also announced that Schumacher's son Mick "will be in Formula 1 next year" - but he warned that Formula 1 should not "expect too much from him".

"What I get is that he is a very nice boy who does a good job," said Ecclestone. "What's also noticeable is that he always makes the breakthrough in his second season.

"It was different with his father," he added. "He was always extremely fast immediately.

"Alain couldn't believe it but I was rubbing my hands - this is exactly the German I wanted. Fast, ice cold, disrespectful - someone who knew exactly what he wanted."