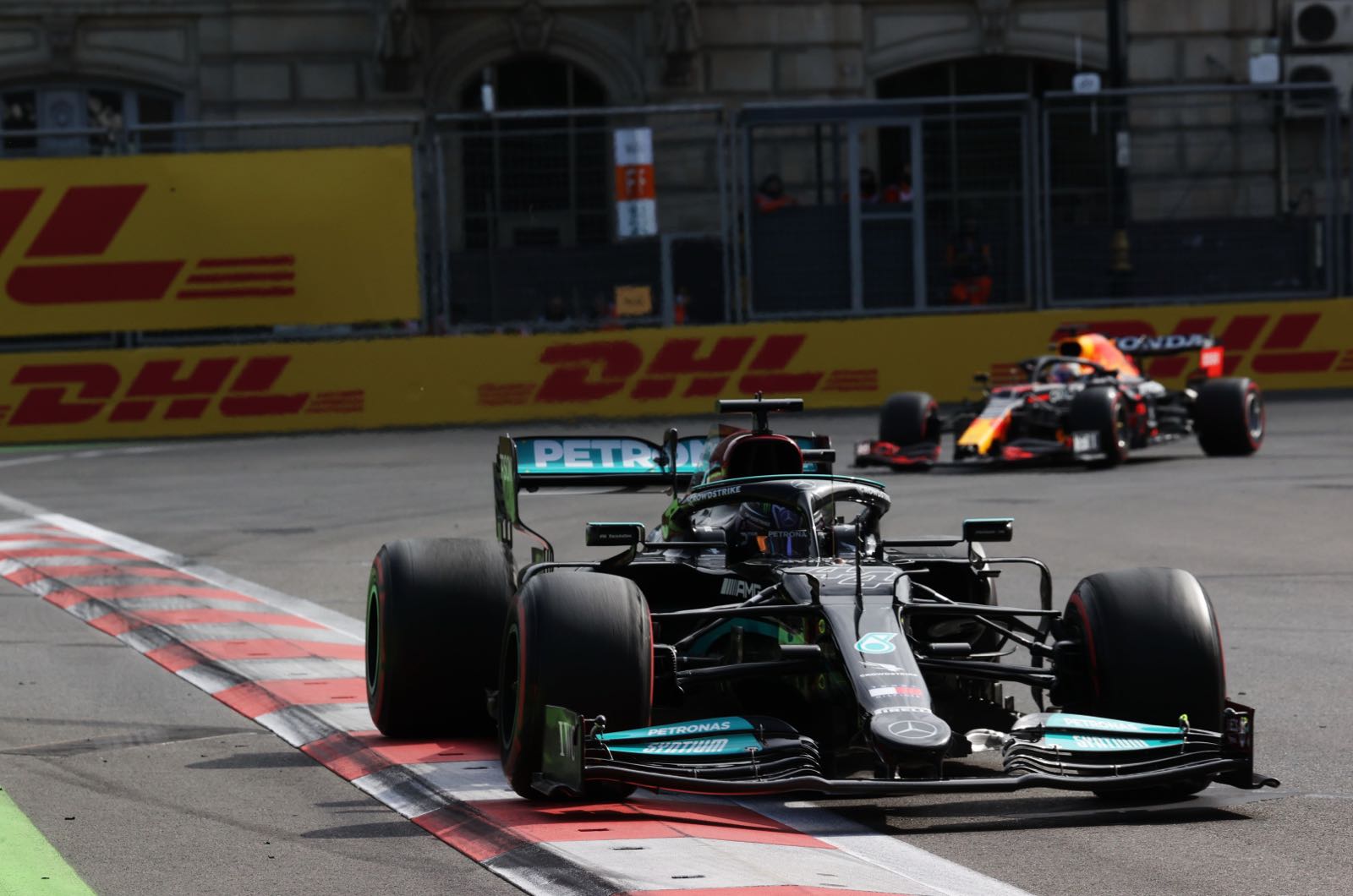 Lewis Hamilton and Mercedes are only making mistakes in 2021 because of how hard they are being pushed by Red Bull's Max Verstappen.

That is the view of F1 legend Gerhard Berger, who hopes that the close head-to-head duel continues "all the way to the last race".

"Lewis has had no competition in the last few years," the Austrian told Sport1. "It's easier in those conditions to not make mistakes.

"This year he has a strong opponent in Verstappen. It means the pressure is completely different and then mistakes happen. At least that makes it exciting for the audience," said Berger.

As for which driver will come out on top, Haas team boss Gunther Steiner thinks Dutchman Verstappen, 23, can hold on to his championship lead until the season finale.

Speaking with RTL, Steiner agrees with Berger that Mercedes is making key mistakes "because of the pressure".

"With pressure, you have to take more risks. I think it is possible that Red Bull will win. I think a lot about Max Verstappen in particular.

Berger continued: "At the moment, Max has the momentum on his side. It's a good title fight.

"Mercedes will still be strong but Red Bull is adding more and more performance. I hope this exchange of blows will continue all the way to the last race."

However, while former Toro Rosso co-owner Berger's allegiances clearly lie with Red Bull, he is not among those critical of Toto Wolff and Mercedes at present.

"Wolff started with an excellent manufacturer team, but has contributed to a success story that is unique in Formula 1 history. He did an excellent job," said the Austrian.

"He has already succeeded. To speak of a crisis is rhetoric at a high level," Berger insisted.

"The big question is whether Honda can catch up with the performance of the Mercedes engine. Honda took a big step this year.

"At the end of the day, the outcome will be decided by the Mercedes and the Honda engines."

WILLIAMS IS BOTTAS ONLY OPTION FOR 2022 SAYS MARKO

MCLAREN NOT RULING OUT FORMULA E FOR 2022

F1 MUST RACE AWAY FROM PANDEMIC SAYS STEINER