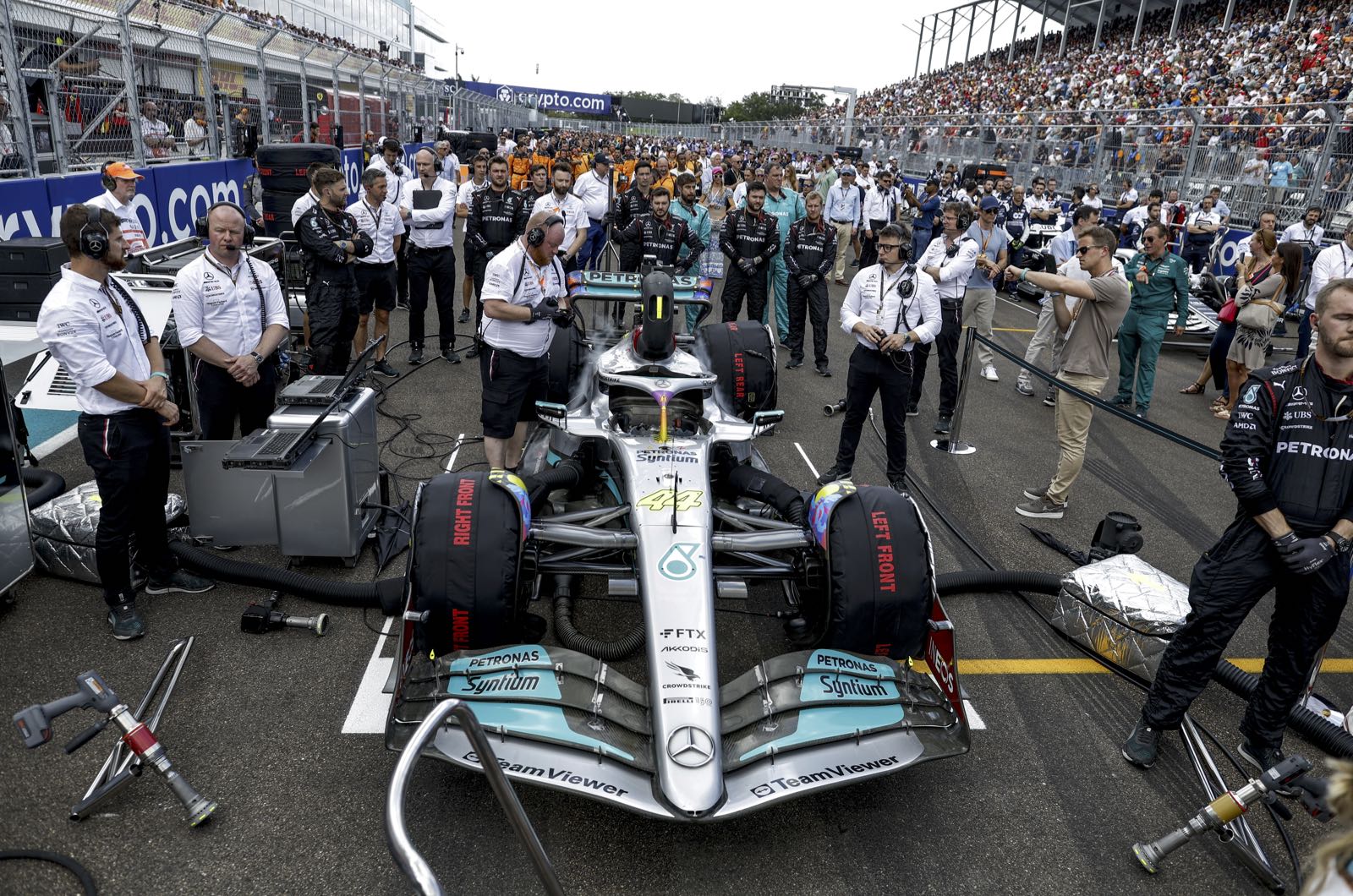 Lewis Hamilton is being "hunted" by Formula 1's "new generation", according to F1 legend Jacky Ickx.

The 77-year-old Belgian's comments come as Hamilton, 37, struggles not only with Mercedes' uncompetitive 2022 car, but also to keep up with his young new teammate George Russell.

At the same time, Hamilton has gone to war with the FIA's new president Mohammed Ben Sulayem over the reinvigorated push to ban jewellery from the cockpit.

Ben Sulayem warns that if the Briton doesn't comply by Monaco, penalties will be applied.

"You can't let people off because they are your friends," Sulayem told the Daily Mail. "There has to be one rule for all, and that's that."

According to Ickx, who won his eight grands prix in the heady 60s and 70s, Hamilton should have his laser focus on something else entirely - F1's young chargers.

"You can't beat a Max Verstappen, a Charles Leclerc or a Lando Norris if you're over your peak," he told Ziggo Sport.

"As a driver, you grow to your highest level and then you try to maintain that level. As soon as you can't maintain it, and you weaken, it goes away very quickly - much faster than the rate at which you grew."

However, Ickx says Hamilton's Formula 1 adventure is not necessarily over yet.

"The important thing is that he still wants to compete," said the Belgian.

"He has a lot of fans and a lot of people who like to follow him. He will undoubtedly win some more races, but he is running out of time.

"He is very much hunted by the new generation. Did you see how exhausted they were after Miami? Sometimes you hear that winning is easy, but it never is.

"You have to be sharp - constantly."