B car for Aston Martin, paint tweak for Ferrari

B car for Aston Martin, paint tweak for Ferrari 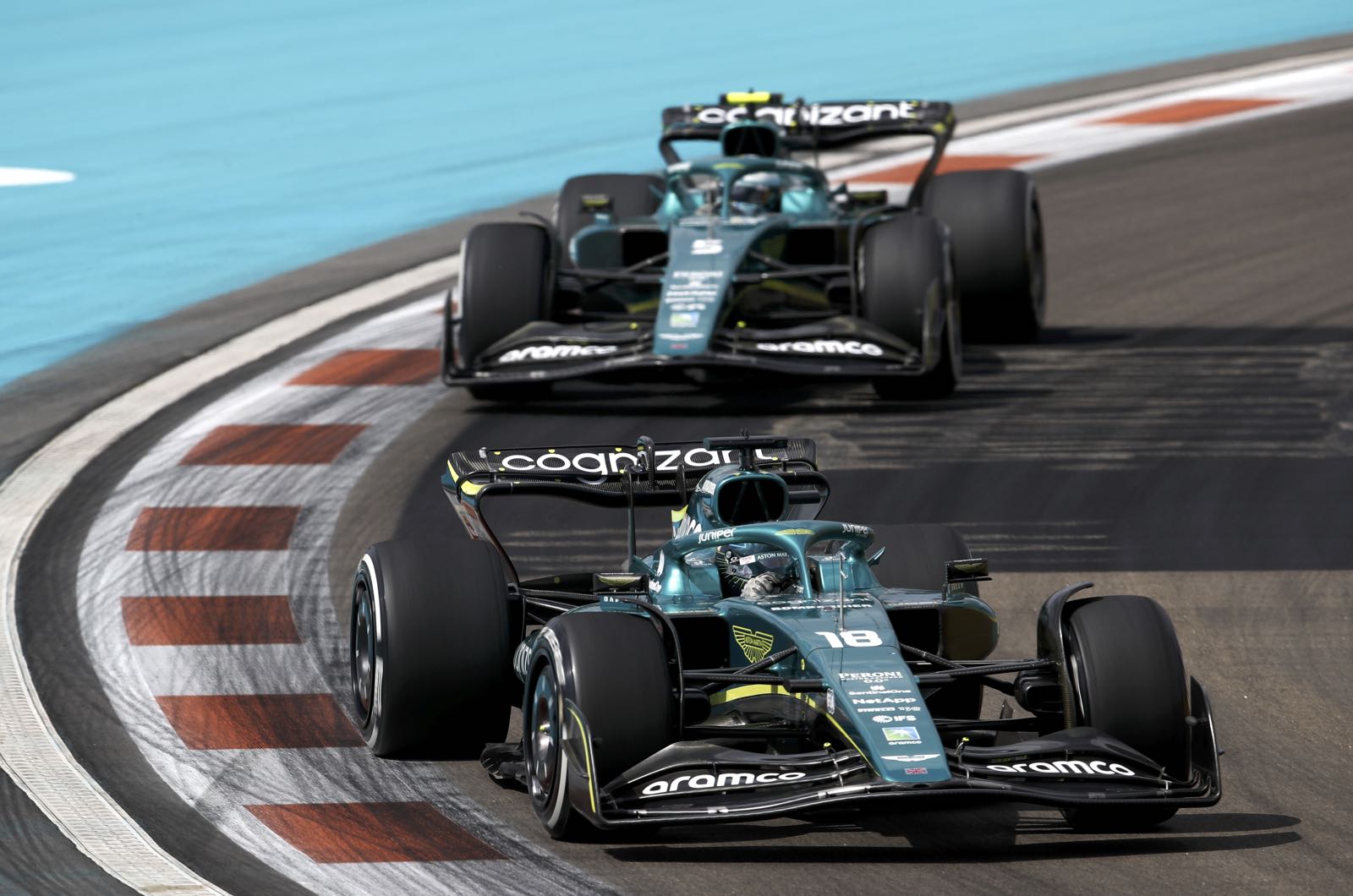 Aston Martin will reportedly unveil a 'B-spec' car in Barcelona this weekend.

It comes after a notably uncompetitive start for the Lawrence Stroll-owned team so far under the new 2022 rules regime, as it also tries to convince Sebastian Vettel to sign another new contract.

"Everyone will see it - you won't have to put it under a magnifying glass."

He says the green car is expected to be "significantly slimmer" at the rear and have other features that make it something of a "Ferrari copy".

It is possible, though, that only one version of the car will be ready for Barcelona.

"There are delivery problems with materials and parts all over the world at the moment," Schmidt said. "If only one car is available, I would guess it will be for the owner's son (Lance)."

Also expected in Spain is a major upgrade of the 2022 Ferrari, as the Italian team bids to catch up to Red Bull after two consecutive losses.

In between Miami and Barcelona, Charles Leclerc drove the F1-75 during a private 'filming day' at Monza - where a slightly modified paint job may have been trialled.

According to RTL and other outlets, part of the Ferrari upgrade involves shedding a clear gloss livery layer which could save up to 700 grams of weight.

"Italian media recently reported on new sidepods and other changes to the suspension and underbody," RTL claims. "The entire package should get 2 to 3 kilograms off the car."