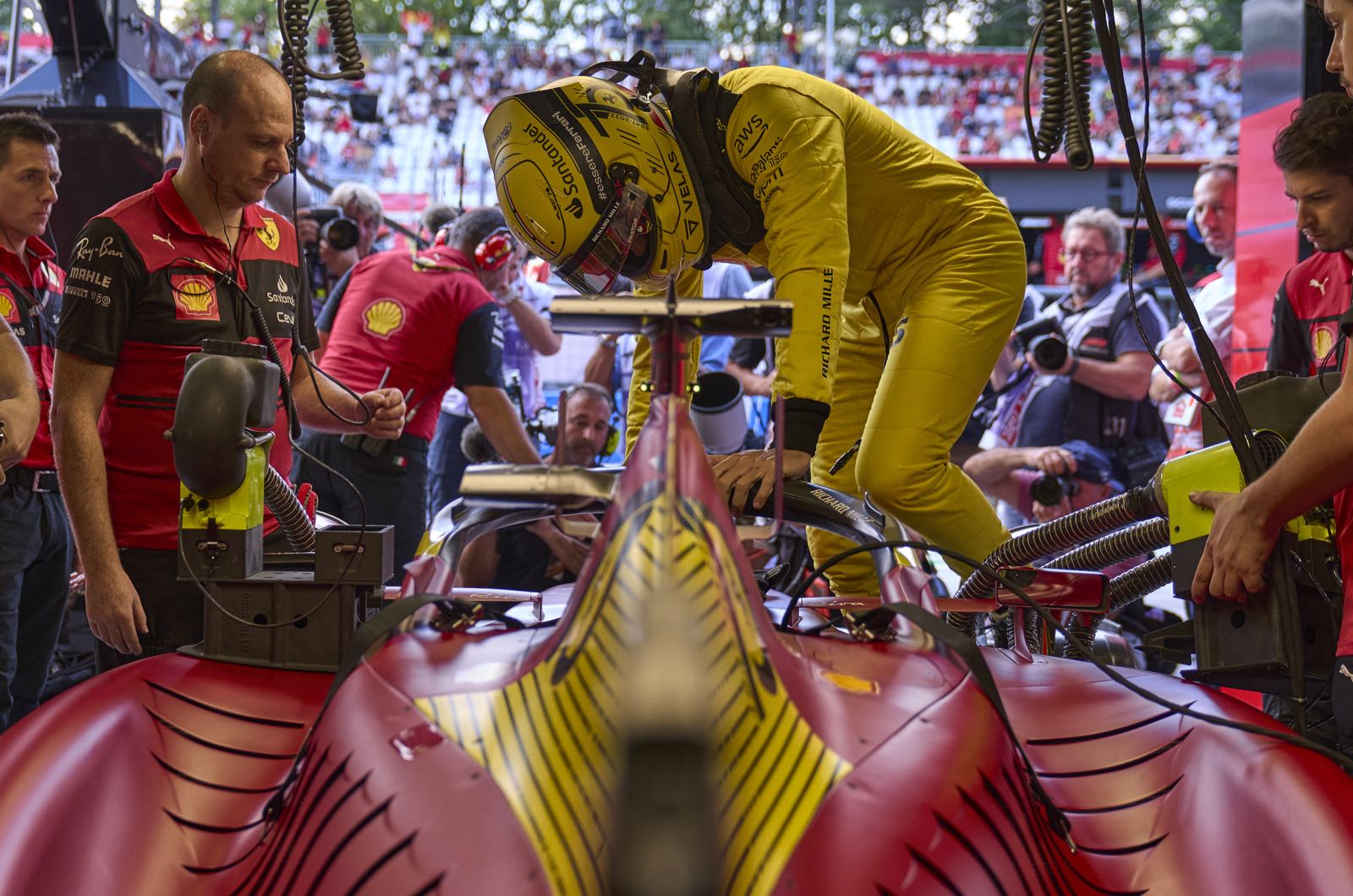 Ferrari "must mature" if it wants to return to the very top of Formula 1.

That is the admission of the Maranello marque's current chairman John Elkann, who is present at Monza this weekend as Ferrari got off to a good start to its Italian GP weekend with special yellow branding.

Red Bull, however, is not overly worried.

"Ferrari looks good," said world championship leader Max Verstappen after Friday practice. "But the same goes for us on the longer runs."

"Monza is of course not the same as Spa, but if it goes half as well here as it did at Spa, we have a good chance," the Dutchman told Algemeen Dagblad.

Dr Helmut Marko agreed: "We don't always have to be six tenths faster like in Spa."

The Austrian, however, thinks the gap to Ferrari has only widened because Red Bull is continuing to improve while the Italian team "comes under more and more pressure, and then they make mistakes."

Ferrari came to Monza to conduct back-to-back experiments of its pre and post-Paul Ricard technical changes, with Carlos Sainz admitting the team isn't sure where the pace has been lost.

"Have the others improved and we haven't?" he told La Repubblica. "Or have we changed something on our car that makes us slower?

"We don't know but we have some theories and things that we want to try here."

Team boss Mattia Binotto said: "As a team, we have done a good job to bring the car to this level, even if we are having difficulties at the moment.

"But nothing prevents these difficulties from also useful to start off on the right foot for next year."

Indeed, Ferrari seems to have accepted that Red Bull will win the 2022 title quite easily.

"To win, we need to correct and improve and it is not certain that we will be able to do it in the short term," said Binotto.

"This year was a significant competitive and technical leap but we also made many mistakes, so we are focused on correcting those.

"The competition is also increasingly difficult because we will pay more and more dearly for every single mistake. It is a bit too early to say about next season, but our first concern must be to grow first and then win."

The spotlight of Ferrari's notorious and unique pressure, in the meantime, will shine most brightly on the boss - Binotto.

"I do not want to hit Ferrari, because they need calm," former president Luca di Montezemolo told the French daily L'Equipe.

"But what Ferrari needs is a leader."

Some believe Binotto's position is becoming untenable as the mistakes continue to pile up.

When asked if that pressure is now threatening to hurt Ferrari, Binotto answered: "I hope not. That wouldn't be the right choice.

"The expectations are always high, even more so when you arrive in Monza. But this pressure exists for each of us to do well and give our best.

"I believe that the media also have a part of the necessary contribution to ensure that the pressure is managed correctly," the Italian added.

In the meantime, Ferrari chairman John Elkann will watch on from the sidelines this weekend at Monza.

When asked about the current situation and the pressure on Binotto, he told La Gazzetta dello Sport: "We have trust in and gratitude for Binotto's work.

"But the group must mature."

MARKO IN TALKS WITH HONDA AND OTHERS ABOUT 2026

DE VRIES TO SUB FOR ALBON IN ITALY