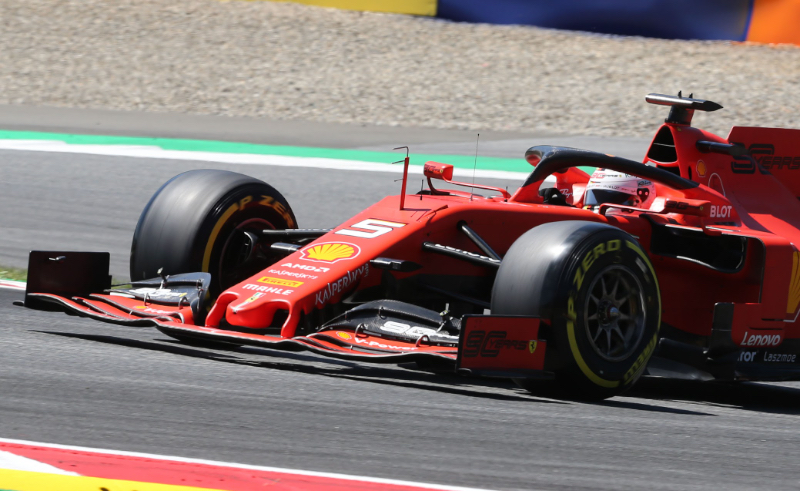 Piero Ferrari, the Maranello company's vice chairman, has admitted his concern about recent events regarding the famous Formula 1 team.

In Canada, Sebastian Vettel lost his victory with a time penalty, and Ferrari lost a 'review' of the controversial decision two weeks later.

Then in Austria, Ferrari and four other teams lost a bid to scrap Pirelli's difficult 2019 tyres, before Max Verstappen was not penalised for a controversial pass on Charles Leclerc for the race win.

FIA race director Michael Masi defended the latter decision, saying comparing the Vettel-Hamilton incident in Canada and Verstappen-Leclerc in Austria is "like comparing apples with pears".

But Piero Ferrari said: "The risk of that our fans begin to suspect there is a bias against the Scuderia.

"I prefer to think it's not true," he told Il Resto del Carlino newspaper.

"We cannot afford a loss of credibility," Enzo Ferrari's son added. "The passion of the man on the street must be respected."

Ferrari admitted that the different stewards' decisions in Canada and Austria are frustrating.

"Ferrari's position is clear," he said. "For us, Vettel won in Montreal. In his case there was a literal application of the regulation, which was then lacking in Zeltweg."

He said that without "simpler" and "transparent" rules that are then applied consistently, "people become disaffected".

But Ferrari said there is a bright side.

"In the last month, with Vettel and Leclerc, we won two poles and fought for victory on both occasions to the chequered flag.

"Even with the external controversy, the team is reacting to difficulties. That's a good thing," he said.

It is clear Ferrari is also highly supportive of Charles Leclerc, even though he was passed for the victory by Verstappen in Austria.

"Do you know who he reminded me of in Zeltweg? A young Niki Lauda.

"Prost, Schumi, Alonso and Vettel arrived in Maranello already as world champions, but Leclerc is following the path of Niki. He is already a guarantee for Ferrari.