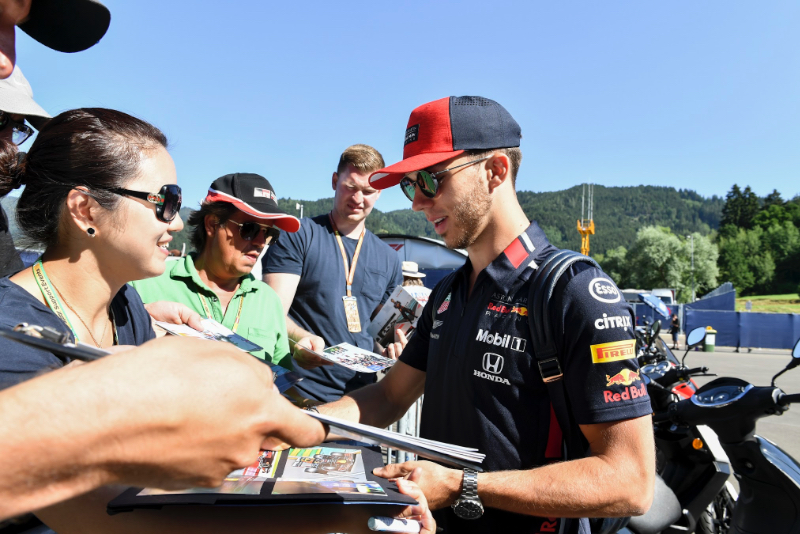 Christian Horner has moved to play down rampant speculation about Pierre Gasly's future at Red Bull.

Dr Helmut Marko said after Austria that the French driver's performance in 2019 has been "unacceptable", which gave fresh fuel to rumours Gasly will soon be axed.

"We will continue to work on it and try to get the best out of him.

"He's going through a difficult time at the moment, but we're supporting him by all means to get through the valley and tease out the talent that's in him."

Horner thinks the fact that Gasly's teammate Max Verstappen is not helping.

"That puts additional pressure on him, week after week," he said.

As for the rumours Gasly will soon be axed, however, Horner commented: "There is currently no intention to exchange Pierre.

"We know what he can do. We have to press control-alt-delete in his head and start again," he added.

For his part, 23-year-old Gasly also said he will keep trying to "figure out what I can do better".

"There are things that I can do better with this car," he said. "Because I do not feel that I am driving it as I would like right now.

"Of course I'm not happy with my performance, but I know I am capable of much more."

Gasly said he is aware of the speculation about his future.

"Of course I hear a lot of negatives," he said. "Sometimes it is justified and sometimes it's not.

"But it's part of the job and you just have to deal with it sometimes," he is quoted by Speed Week.

"But at the end of the day, all I can do is focus on myself and try to figure out what I can do better."