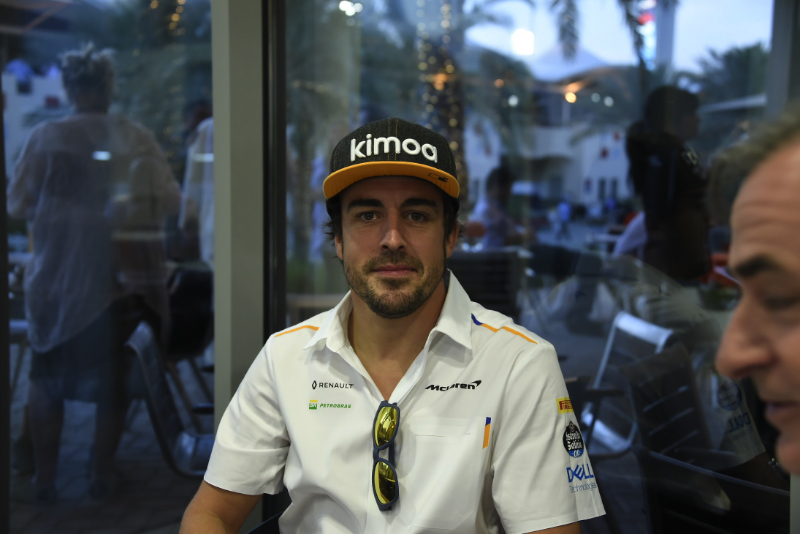 Fernando Alonso has apparently moved to downplay the latest speculation about his future in Formula 1.

Marca newspaper claims that Toyota is simply waiting on the Spaniard's decision about 2020 before green-lighting a full Dakar Rally effort for Alonso.

At the same time, there are reports the Spaniard could return to the paddock next year with Ferrari.

"Back in Formula 1? There are new dreams every day," Spanish media reports quote Alonso as having told fans on social media.

"Being able to compete and try to win in other disciplines requires me to reach a level I did not have before. I am very happy," he added.

Alonso was also asked about Honda's first win with Red Bull in its new F1 era. The Spaniard famously called the Japanese power unit a "GP2 engine" during the ill-fated McLaren-Honda days.

"You cannot compare," he said. "It has been a few years now so I guess the engines are very different.

"In the past we worked as hard as we could and sometimes we overcame the deficit and penalties for using many engines per season, but it was part of the process probably.

"Now hopefully it's the first win of many and that will be good for the sport," added Alonso.

And he also hailed McLaren's clear step forward in 2019, declaring: "That was the plan.

"The team was, is and will always be strong. Still more to come hopefully, as the last two races sixth position was one lap down, and that's not good for the sport."