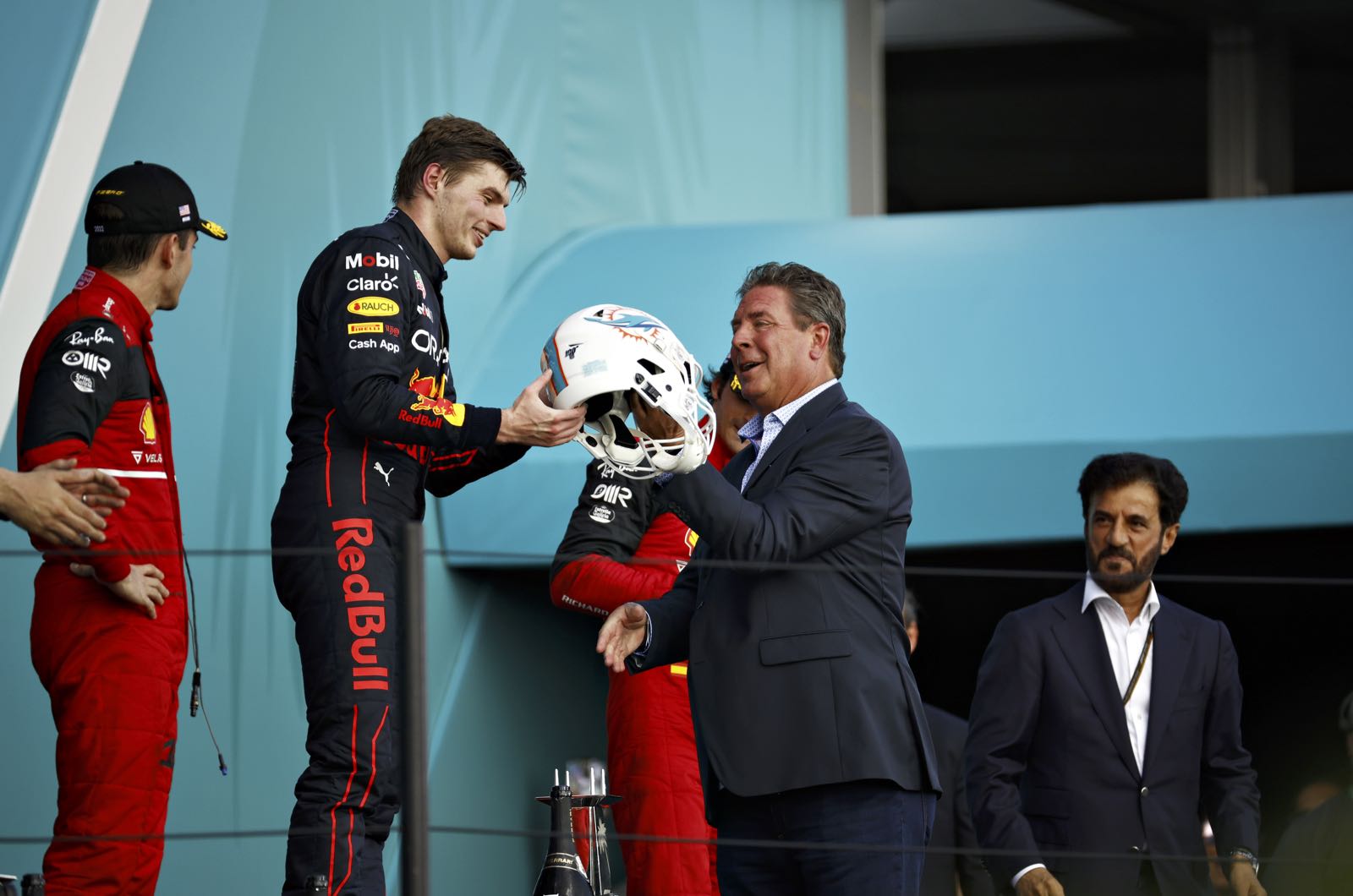 The Floridian sun and new street circuit made Sunday's race a particularly tough one for the F1 drivers, but it emerges that world champion Verstappen was deprived of a drop of water throughout.

"Installing a hydration system is currently being considered by the engineers," former Red Bull driver Robert Doornbos told Ziggo Sport. "But it's another kilo of ballast they can't afford."

He admitted he isn't sure if the 2022 Red Bull has a standard drinks bottle installed, "but I wouldn't be surprised if they decided not to."

Dutchman Verstappen, 24, was notably exhausted after the race and immediately found a drink and sat down before being ushered onto the podium.

"Max has certainly shown in the last two races that he deserved the title," 1997 world champion Jacques Villeneuve told the Dutch publication Formule 1.

"He's right at the peak of his abilities, always on the border. There is not a single race where he is less than that now."

Villeneuve also thinks a clear driver hierarchy for the 2022 world championship has now emerged at both Red Bull and Ferrari.

"They each have a leader who is not determined by the team but simply by the track," said the Canadian. "Verstappen and Leclerc have become number 1 in a natural way.

"Carlos Sainz and Sergio Perez - let's call them the sidekicks - can win races," Villeneuve added. "But they are not yet at number 1 level."