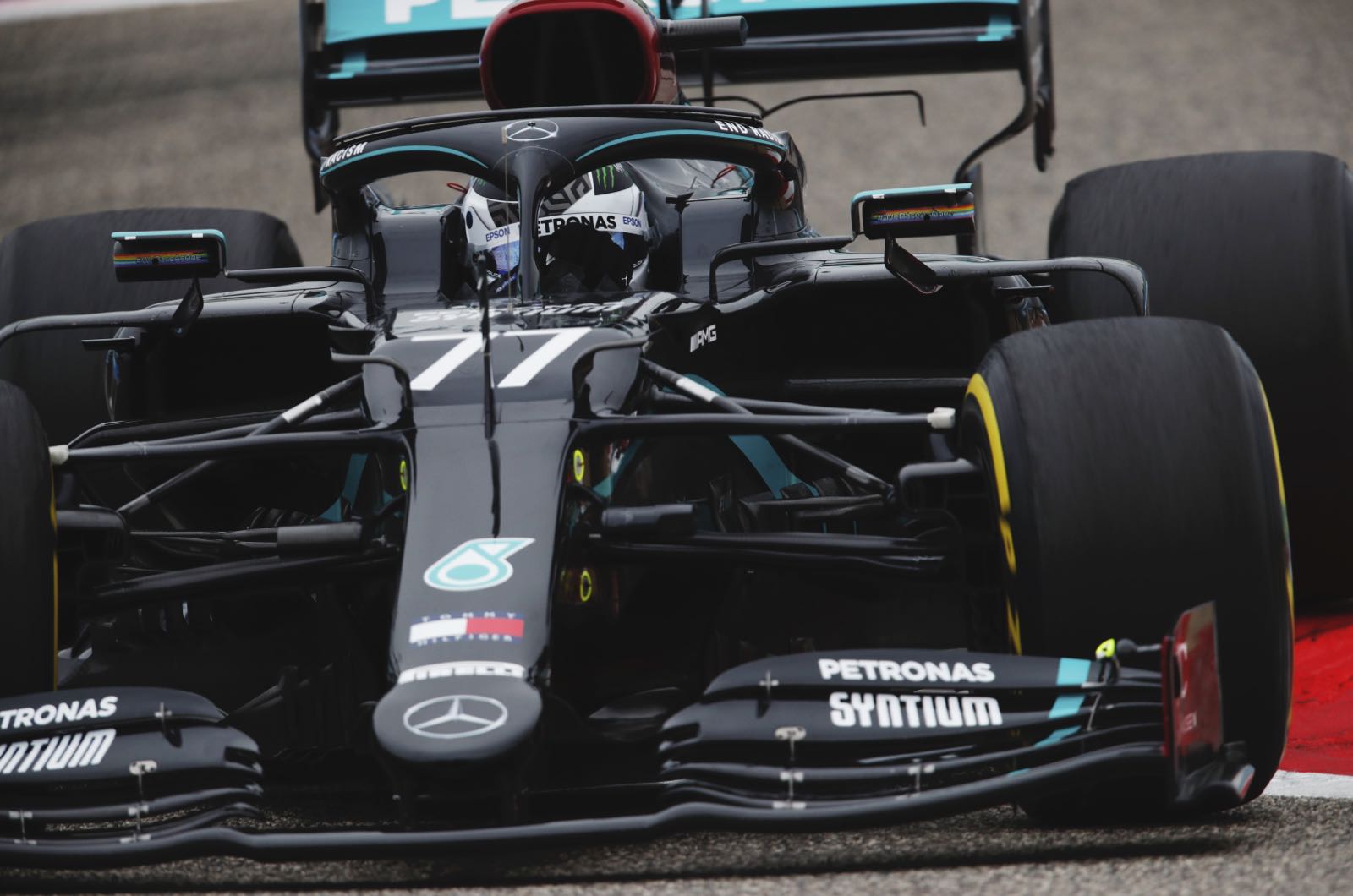 Valtteri Bottas has acknowledged the pressure on him in Bahrain, admitting it is "an important weekend" for his status and future in Formula 1.

With Lewis Hamilton sidelined with covid-19, Mercedes has pulled its development driver George Russell from his regular Williams seat to replace the seven time world champion.

And while Russell, 22, will use a three-year-old seat this weekend and needs to wear smaller shoes to fit into the shorter Hamilton's cockpit, his F1 friends are tipping a potential race win.

"He can put it on pole and win," said McLaren's Lando Norris - a sentiment echoed by another top young driver, Charles Leclerc.

Alex Albon also commented: "I think he'll be as fast as Valtteri."

Some in the media are setting up the weekend as a chance for Russell to prove that he should replace Bottas for 2022 - or even sooner.

"If he isn't ahead this weekend then I can imagine Russell next to Hamilton next year," he added. "I know Bottas has a contract, but I also know Formula 1. I'm sure Toto Wolff has made a contract that contains certain loopholes just in case."

For his part, Finn Bottas thinks the media is seeing the situation as extra "drama" and "spectacle" for this weekend's proceedings on the outer loop of the Bahrain track.

But he admitted: "Of course it's a chance for George to show what he can do. But I have my own job to do and that's what I'm concentrating on.

"I have a contract for next year so I don't feel any extra pressure," Bottas insisted.

However, the Finnish newspaper Ilta Sanomat asked Bottas if this weekend is a sort of audition for Russell to prove he belongs in Formula 1's strongest car.

"You could think that way, and every now and then there is speculation about George and that he will replace me. But this is also a chance for me to show that I deserve this place.

"Looking at the big picture, this is an important weekend when you know how this sport works. But I am taking it as a motivation and my confidence is high.

"I trust myself and know what I can do. Obviously if it's a normal race and he's ahead of me then it will not look very good, but I'm the kind of person who thinks positively."

MAGNUSSEN NOT RULING OUT INDYCAR FUTURE