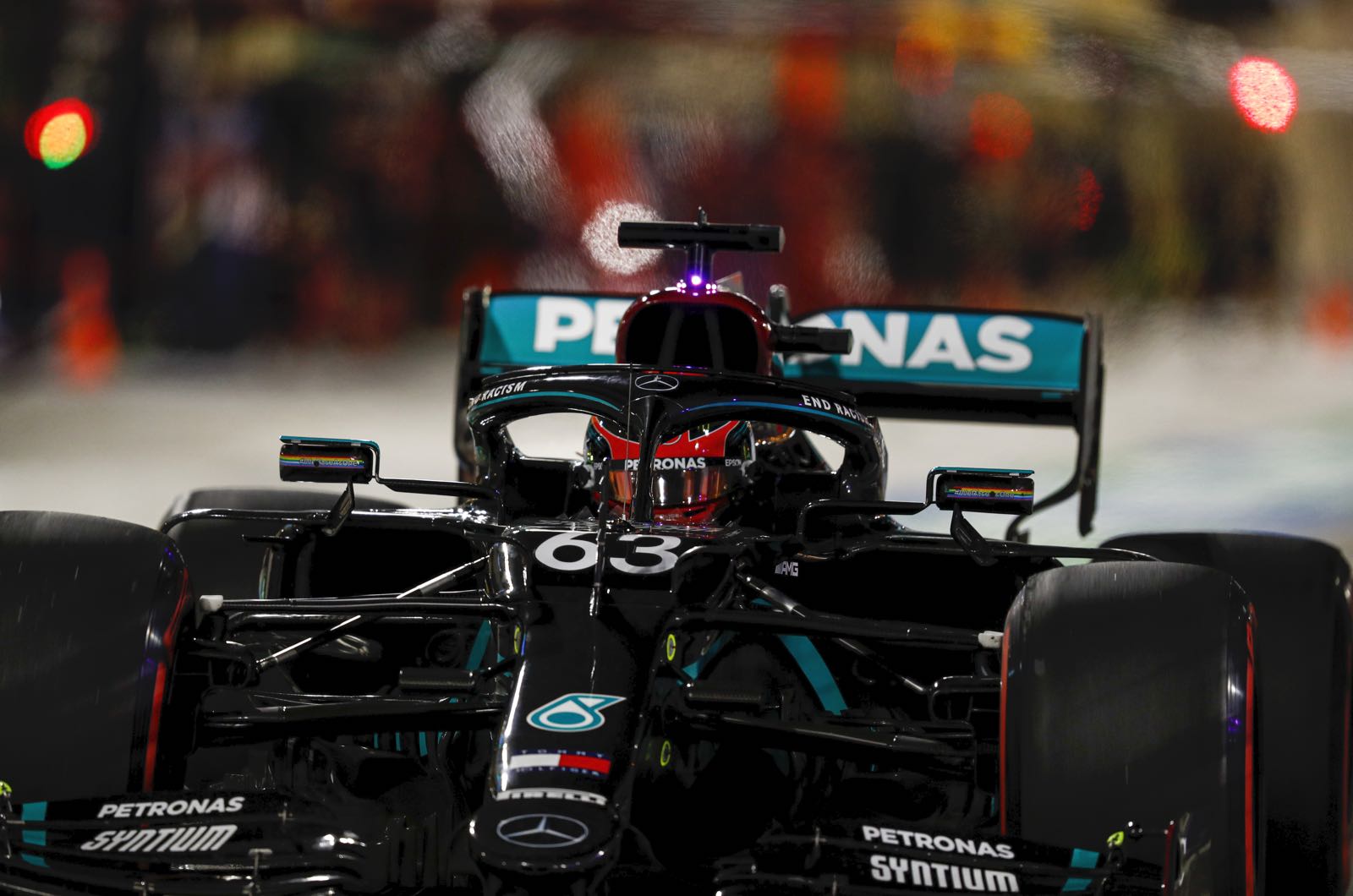 Williams driver George Russell, who was subbing for Mercedes driver Lewis Hamilton who tested positive for COVID-19, clocked the fastest lap time in both of Friday's practice sessions for the Sakhir Grand Prix.

Quickest in FP1 was Russell, who was subbing for Lewis Hamilton who tested positive for COVID-19, with a time of 54.546 seconds.

Vettel had a spin at Turn 2 and kept going 15 minutes in the session. His Ferrari teammate Leclerc was in the pits with gearbox woes.

Norris radioed that his car had floor damage and pitted for repairs.

At the 25 minute mark Verstappen posted a 0.55.043. And as the 30 minute mark approached the order was Verstappen, Ocon, Bottas, Perez, Kvyat, Gasly, Russell and Ricciardo. All had used Pirelli's hard and medium compound tires.

Perez and Stroll were the first out on the soft compound slicks. Perez posted a 0.54.866 to take the lead.

Vettel, also on the softs, had a big spin at Turn 6, and Magnussen had to stand on the brakes to avoid hitting the Ferrari.

Just past the midpoint of FP2 the order was: Russell (0.54.713), Perez, Ocon, Verstappen, Kvyat, Stroll, Ricciardo and Albon. All had been on the softs.

Bottas clocked the fastest lap time only to have it deleted because he exceeded track limits.

At the one-hour mark, with most of the qualifying sims completed, the top 10 were: Russell, Verstappen, Perez, Ocon, Albon, Kvyat, Stroll, Ricciardo, Gasly and Sainz.

And that order did not change in the last half hour as the drivers switched to race simulations.