Bottas must get into Hamilton's head says Villeneuve

Bottas must get into Hamilton's head says Villeneuve 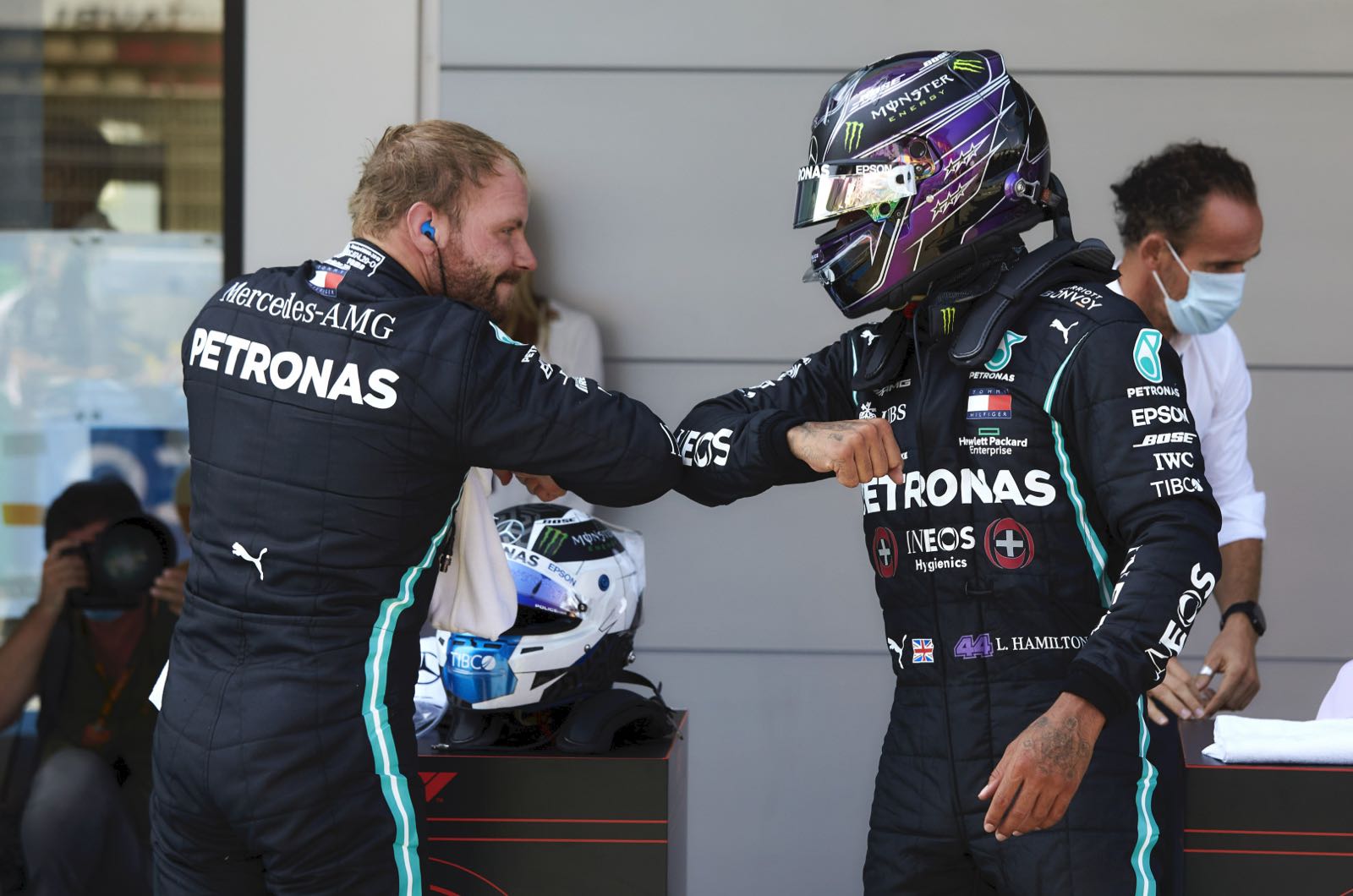 Merely trying to beat Lewis Hamilton "on the track" will not be enough for Valtteri Bottas.

That is the view of 1997 world champion Jacques Villeneuve, whose title showdown with Michael Schumacher is now legendary.

Now, he is giving advice to Bottas, who has fallen 43 points behind his Mercedes teammate so far in 2020 and admitted the title is "drifting away".

Villeneuve told Sky Italia that the Finn needs to get better at mind games.

"We have seen in the past how Nico Rosberg managed to get into his (Hamilton's) head and eventually beat him," he said.

"Bottas can still try that, but in fact there are too few drivers who are willing to do anything to win.

"Beating him (Hamilton) on the track alone is just not enough. He'll just come back harder and stronger."

However, Villeneuve says 'getting into the head' of a rival is a lot more difficult than it sounds.

"You often see with champions that they have something special - they always want to win," he said.

The Canadian said Rosberg pulled it off in 2016 but then could not keep up the intensity and instantly retired.

"It was just too difficult mentally to stay there any longer," Villeneuve explained.

"Lewis can certainly be beaten, but he just feels so strong at the moment with his team."