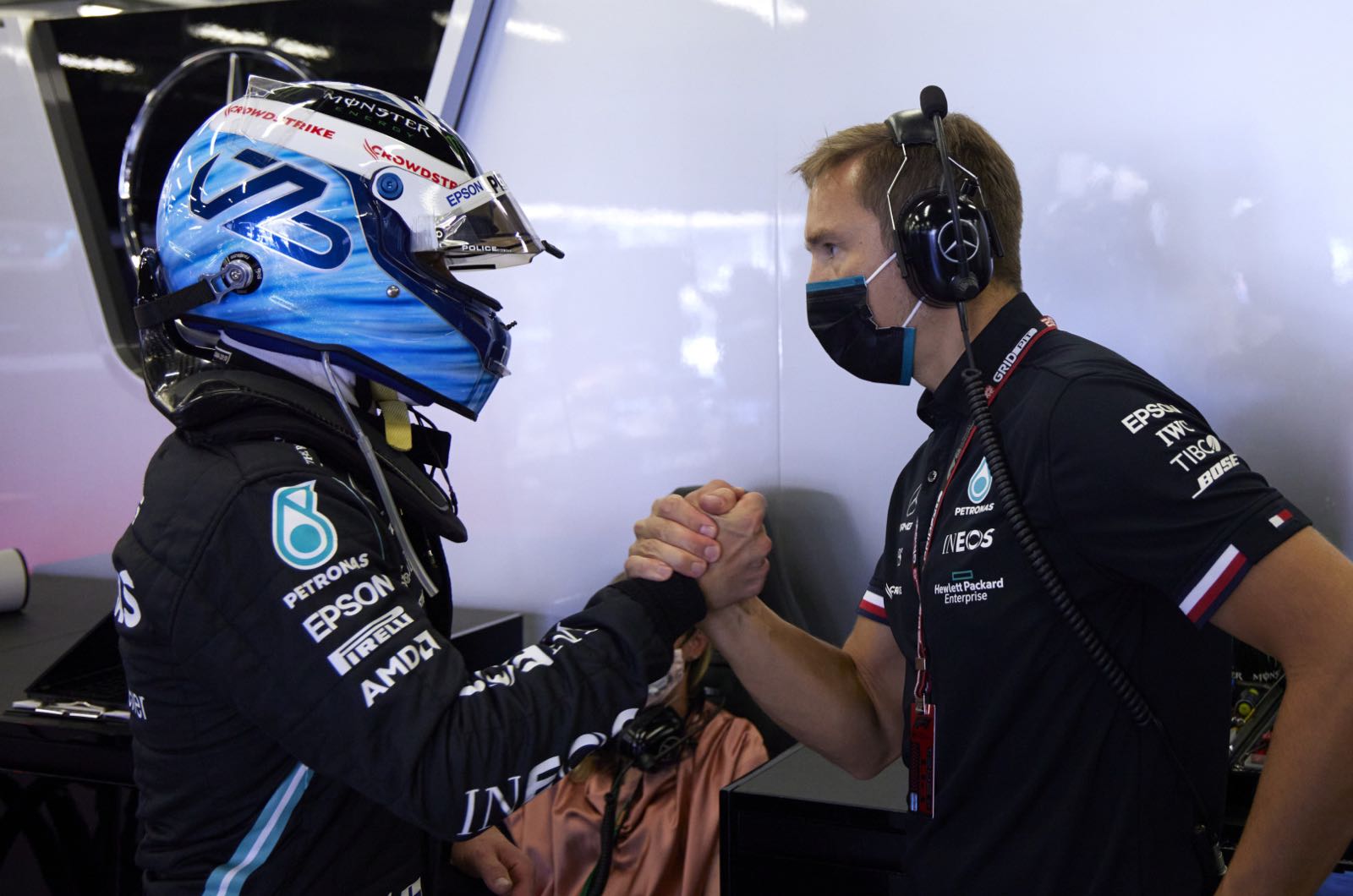 Mercedes sacrificed Valtteri Bottas so that his teammate Lewis Hamilton could get a major slipstreaming benefit in qualifying.

That is the view of Dr Helmut Marko, as the open tension between Red Bull and the reigning world champion team continued to heat up at Baku.

Mercedes' Hamilton and Bottas have struggled for pace on the Azerbaijan street layout, but in qualifying the seven time world champion was suddenly second.

"It was a big step," Red Bull's Marko agrees, "but we can't forget that Bottas helped him with a slipstream.

"That's at least five tenths of a second, so if you subtract that, I don't think they are at the very front. We can look forward to an exciting race," the Austrian told Auto Bild.

Marko says Red Bull took a different approach to qualifying, with Sergio Perez free to do his laps without worrying about giving teammate Verstappen a tow.

"Bottas had to give Hamilton the slipstream on the long straight, which put him in front of Max," said the 78-year-old.

"We let Perez do his own qualifying."

Marko, though, says he is still confident about the race, even though Verstappen is behind not only Hamilton but also Ferrari pole-sitter Charles Leclerc.

"I'm sure we have the best package with Max," Marko told f1-insider.com.

"Under normal circumstances we can win, no question about it. But you always have to be ready to make the right decisions and stay cool at Baku. There can always be a safety car."