Boss expects Ferrari to speed up after break

Boss expects Ferrari to speed up after break 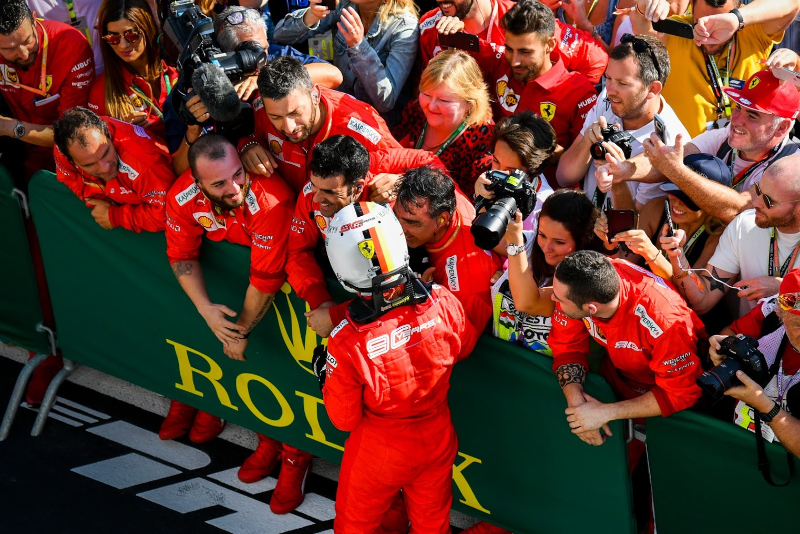 Team boss Mattia Binotto is expecting Ferrari to speed up again after the summer break.

"A week ago, we were the fastest car on the track," the Italian said after Hungary, referring to the previous German GP where Sebastian Vettel scythed through the field from the back.

But in Hungary, it was Mercedes and Red Bull with clearly superior pace, which was depressing news for many in the partisan Italian media.

"The reds were never in the game," La Gazzetta dello Sport declared.

And La Stampa declared: "Ferrari cannot keep up with the hellish pace of the two phenomena Hamilton and Verstappen."

Binotto's explanation is that a "weakness in downforce" and the heat in Budapest contributed to the poor pace last weekend.

"I suspect that our performance is highly dependent on the circuit," he said.

"When we get on a circuit like the Hungaroring, where you need maximum downforce, then we suffer.

"But that is no excuse. Our best car finished a minute behind the winner because we're not strong enough," Binotto added.

And so the Italian said Ferrari will be working as hard as it can throughout the confines of the summer break and mandatory factory shutdown.

"We will take a look at all the data again and then have a few days to recharge our batteries," said Binotto.

Ferrari is then looking forward to the first races after the break, at high-speed Spa and Monza.

And the opposite is true for Red Bull-Honda. Max Verstappen told Algemeen Dagblad newspaper: "We have some circuits coming up that are not ideal for us.

"But updates for our car and engine are coming, so hopefully that will bring us closer."