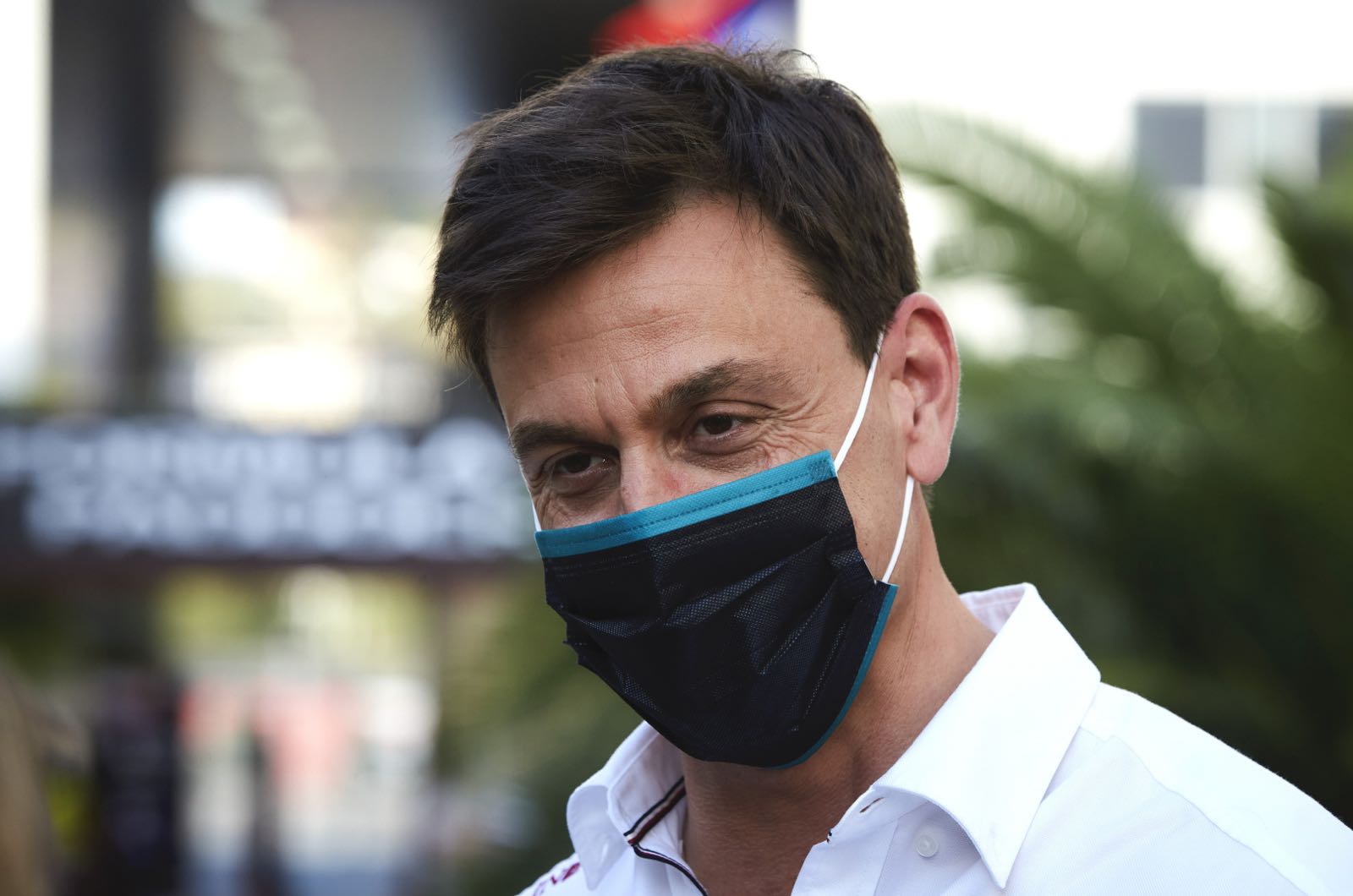 Stefano Domenicali will be a bulwark against "artificial" measures creeping into Formula 1.

That is the view of Toto Wolff, who admits that he was another candidate to succeed Chase Carey as the sport's new chief executive.

"Everyone knows that I had preliminary discussions with Greg Maffei, the CEO of Liberty Media, but it didn't go beyond that," the Mercedes boss admitted at Sochi.

"Nothing would have come of it anyway. Ferrari didn't like it," Wolff added.

Ferrari boss Mattia Binotto doesn't even deny that he vetoed the candidature of Wolff as F1 boss.

"It is one of Ferrari's rights to veto the succession to the role of CEO of F1," he told Ski Italia at Sochi.

"Our choice regarding Toto was not personal, as I believe that like Stefano he could have been a good person for the role.

"But we did not find it correct that a personality directly involved in Formula 1 today was nominated. Stefano represents a much more neutral person who has been outside of this environment for many years now.

"Even (Christian) Horner would not have been correct, not even Mattia Binotto," he smiled. "Simply because of our involvement in F1 today."

Indeed, former Ferrari boss Domenicali moves into F1's top job after years as Lamborghini CEO - and with the full respect of the entire paddock.

"The very best professional should lead the sport, and this is Stefano Domenicali," said Wolff. "I believe a very correct choice has been made."

And with proposals like the reverse-grid qualifying sprint race doing the rounds, Wolff thinks Domenicali's experience will be invaluable for F1.

"As he knows the world of Formula 1 so well, the sport will be in the foreground," he said.

"I think he will try to prevent the introduction of all sorts of artificial measures, because on the one hand he understands the interests of the audience, and on the other he is a supporter of pure sport.

"Getting the balance right is very difficult, but I think he can do it. Naturally he will try to slow us down, but that is part of the game," said Wolff.

It is rumoured that with Domenicali set to begin his new role from January 1, the extension of Wolff and Lewis Hamilton's Mercedes contracts will now shortly follow.

"It is complicated because I am not only team principal but also a shareholder of Mercedes," Wolff explained.

"The discussions are not simple but I want to stay at Mercedes," he added.

As for Hamilton, he added: "At some point we will realise that time is running out and we need to sit down at the negotiating table," said Wolff.