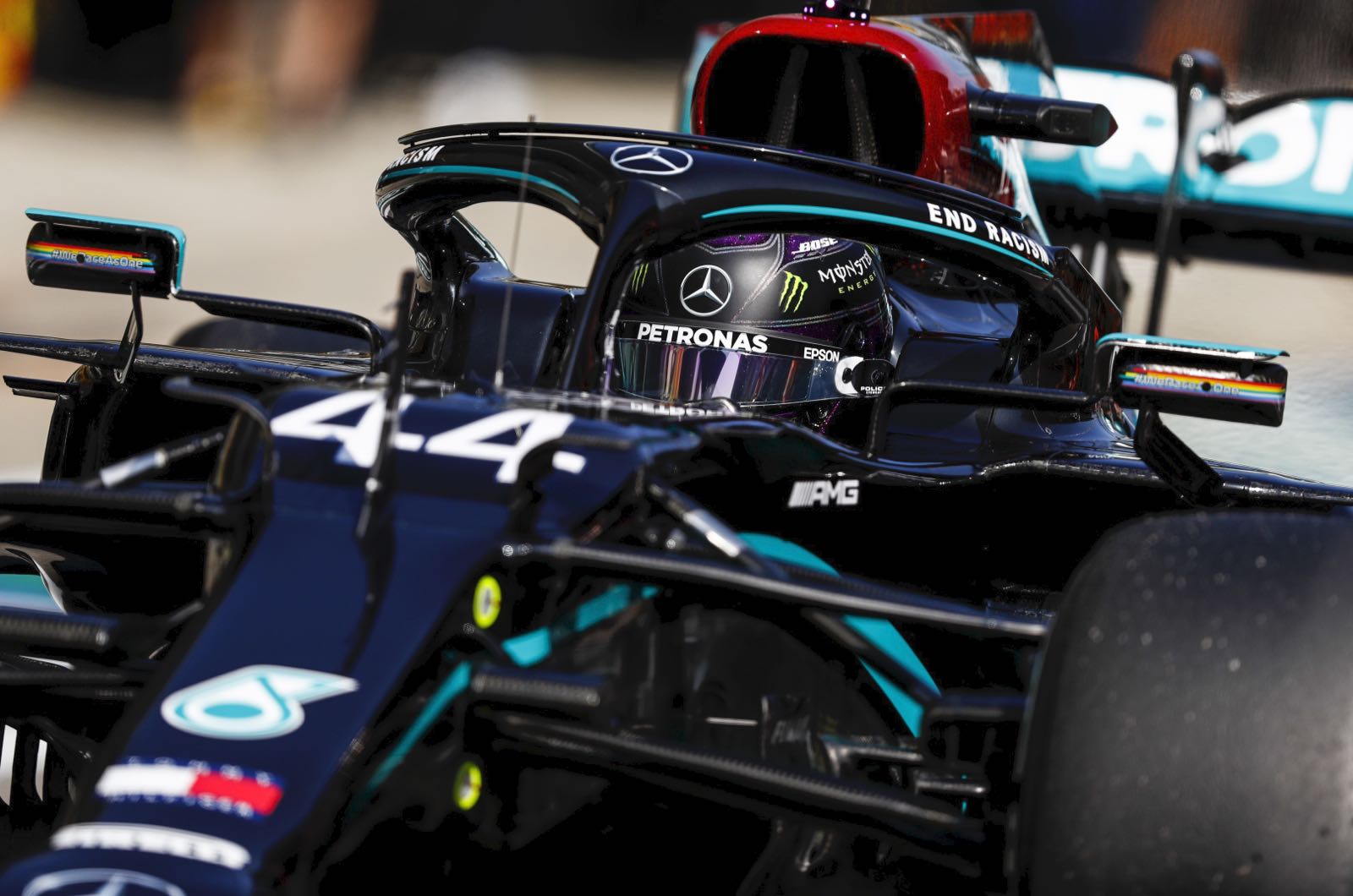 Lewis Hamilton had a close call when he almost got eliminated in Qualifying 2 for the Russian Grand Prix. A red flag due to Sebastian Vettel crashing late in the session left Hamilton out of the top 10 drivers who would go on to Q3. But Hamilton squeaked through when Q2 was restarted, and went on to earn his 96th F1 pole in Q3.

"It was one of the worst qualifying sessions," Hamilton said. "Heart in the mouth!"

The first flying lap for Bottas produced a 1:32.656. Then Hamilton had his lap time deleted because he exceeded track limits at Turn 2. Hamilton had another go on the same set of soft Pirelli slicks. His 1:32.983 put him second ahead of Perez, Sainz, Verstappen and Ricciardo.

When there were minutes remaining in Q1, Magnussen was 15th and on the cutoff line. Vettel was 14th and Ocon was 16th.

A number of drivers had had their lap times deleted or made mistakes, so there were going to be changes to the order in the final minutes. So it was no surprise that just about all the drivers went back on track.

The five drivers who were eliminated at the end of Q1 were: Grosjean, Giovinazzi, Magnussen, Latifi and Raikkonen.

A few drops of rain induced the teams to send their drivers out immediately for the 15-minute Q2.

Hamilton, Bottas and Verstappen had the medium compound Pirelli tires on their cars. If they set their fast lap on the mediums it meant that they could use those more durable tires at the start of the race.

A 1:32.085 put Hamilton in the lead, but had his lap time deleted for exceeding track limits in the final turn.

So Ricciardo was out front ahead of Sainz, Perez, Bottas, Norris and Gasly.

But with just about everybody back on track in the final five minutes, the order was bound to change.

But then Vettel crashed at Turn 4, and that brought out the red flags with two minutes and 15 seconds remaining.

"I lost the car in two and then again in four," he said.

Albon, Stroll, Russell, Vettel and Hamilton were currently out of the top 10.

So the drivers lined up at the end of pit lane so as to get out as soon as possible for a quick out lap followed by one last flying lap. There were going to be traffic jams.

The session was restarted after a 10 minute delay. And indeed there were traffic jams.

Hamilton, on the softs, made it across the line with a second to spare. And he jumped up to fourth.

So the five drivers who were eliminated at the end of Q2 were: Leclerc, Kvyat, Stroll, Russell and Vettel.

The fastest 10 drivers who moved on to Q3 were: Ricciardo, Bottas, Sainz, Hamilton, Perez, Norris, Gasly, Albon, Verstappen and Ocon.

So after the first Q3 runs the order was: Hamilton, Bottas, Verstappen, Ricciardo, Perez, Sainz, Ocon, Albon, Gasly and Norris.