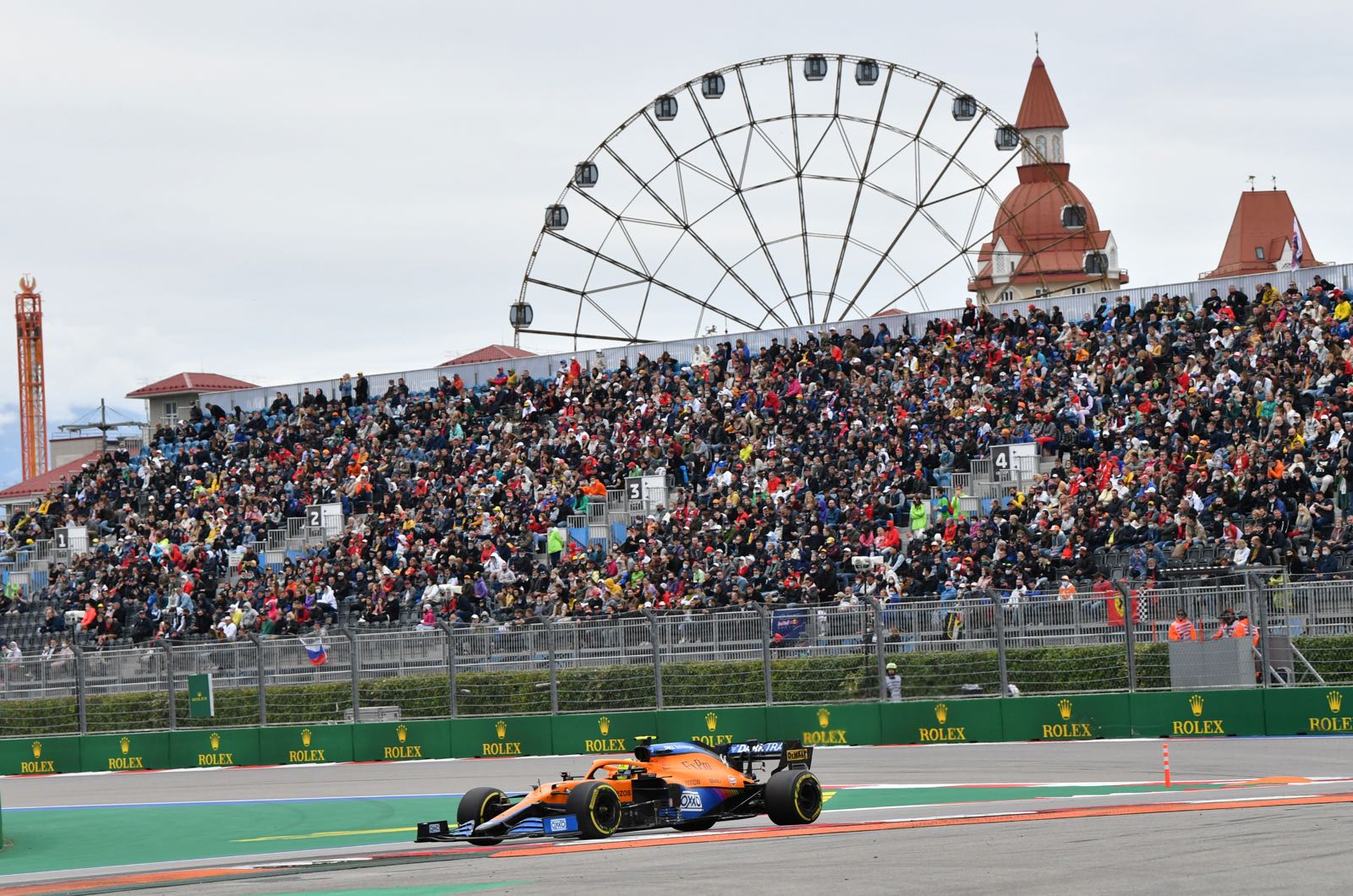 Alexey Titov, head of the promoter Rosgonki, says the situation "rapidly" escalated from suspension of the 2022 race to full extirpation from the sport, as the private sector joined the frenzy of Russian sanctions over the Ukraine situation.

"We have been cooperating with the FIA and Formula 1 for a long time, so we are still discussing the current situation and how to get out of it without creating a crisis," he told the Russian broadcaster Match TV.

"About the termination? We were given 10 hours notice. We were also notified unilaterally, with our position not even listened to," Titov added.

"As I said we are still continuing the proceedings and it would not be entirely correct to disclose the details now," he continued.

"I can only say that initially the agreement was that we would terminate the contract due to force majeure. But then it all turned into a unilateral termination.

"All further legal steps now require additional analysis," Titov revealed. "This is not an easy job, but we will carry it out.

"There is absolutely no point in talking about the outcome now, but we will work to put an end to this matter correctly, since in our understanding what has happened is not quite correct."

One measure Titov does admit to pursuing is a refund of the 2022 race fee, which is one of the highest among all of the 23 races on the original calendar.

"We will be talking about a refund because this year's fee has been partly paid and Formula 1 needs to refund it whether they like it or not," he said.

Titov also reassured fans that their 2022 tickets will be fully refunded.

"I'm sad for the Russian public that enjoyed watching Formula 1, and a population that maybe has no interest at all in geopolitics or any of that," he told the Irish Independent newspaper.

"But we as a society, we just can't look over that. Even a sports team. We are commercially driven, and it's an attractive location to race, but at a certain stage you have to say 'Up to here and no more'," Wolff added.

Axed Russian F1 driver intends to address his similar ousting from the Haas team in a press briefing on Wednesday.