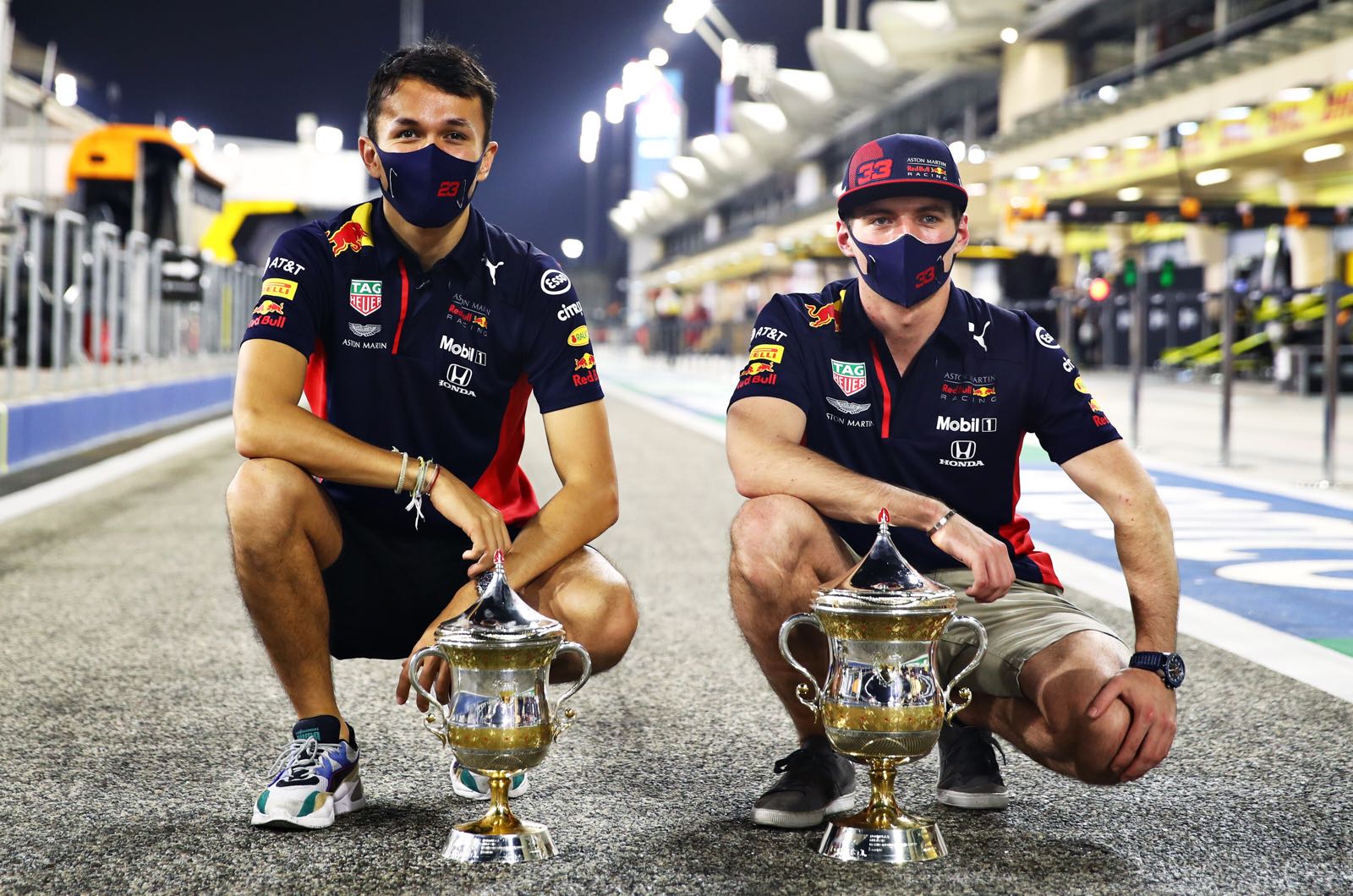 Albon, at risk of losing his Red Bull seat after Abu Dhabi, finished third behind Verstappen in Bahrain.

"There was obviously a bit of luck involved with Sergio, he had a really good race," said the British-born Thai driver Albon, referring to Sergio Perez's late-race car failure.

"But considering Friday, the guys did an amazing job to get the car ready and it just feels good," he added, now referring to his Friday practice crash.

However, it is known that Dutchman Verstappen is pushing for Red Bull to oust Albon and replace him with fellow Dutch speaker Nico Hulkenberg for 2021.

So when asked by Ziggo Sport about Albon's podium finish, Verstappen answered: "If you are 30 or 40 seconds behind your teammate, that's not very good, is it?

"Can't I just say that honestly?" the 23-year-old added. "It's a shame for Checo, because he had a very strong race but of course it's nice for Alex to be on the podium."

Former Red Bull driver Robert Doornbos thinks Albon still has a chance of keeping the seat for 2021, insisting: "He could just about save it with podiums".

"Helmut Marko has already said that Albon has to earn it. Max doesn't decide the seat in the end, either," he added.

"He certainly has a say about it, but I think there's a lot more going on behind the scenes. We are not suddenly going to see a Red Bull covered in Mexican stickers next year," said Doornbos, referring to Perez's candidature for the seat.

Red Bull team boss Christian Horner commented: "Alex benefitted from what happened to Perez, but I think his recovery from Friday's crash was strong.

"No decisions about contracts will be made until the end of the season, but we do want Alex to be successful and will give him every chance.

Meanwhile, Verstappen also raised a few eyebrows when he was asked about fellow drivers who might not have wanted to return to their cars after the terrifying Romain Grosjean crash.

"If the guy wouldn't race and I was the team boss, I would tell him 'then you never sit in the seat again'," he said.