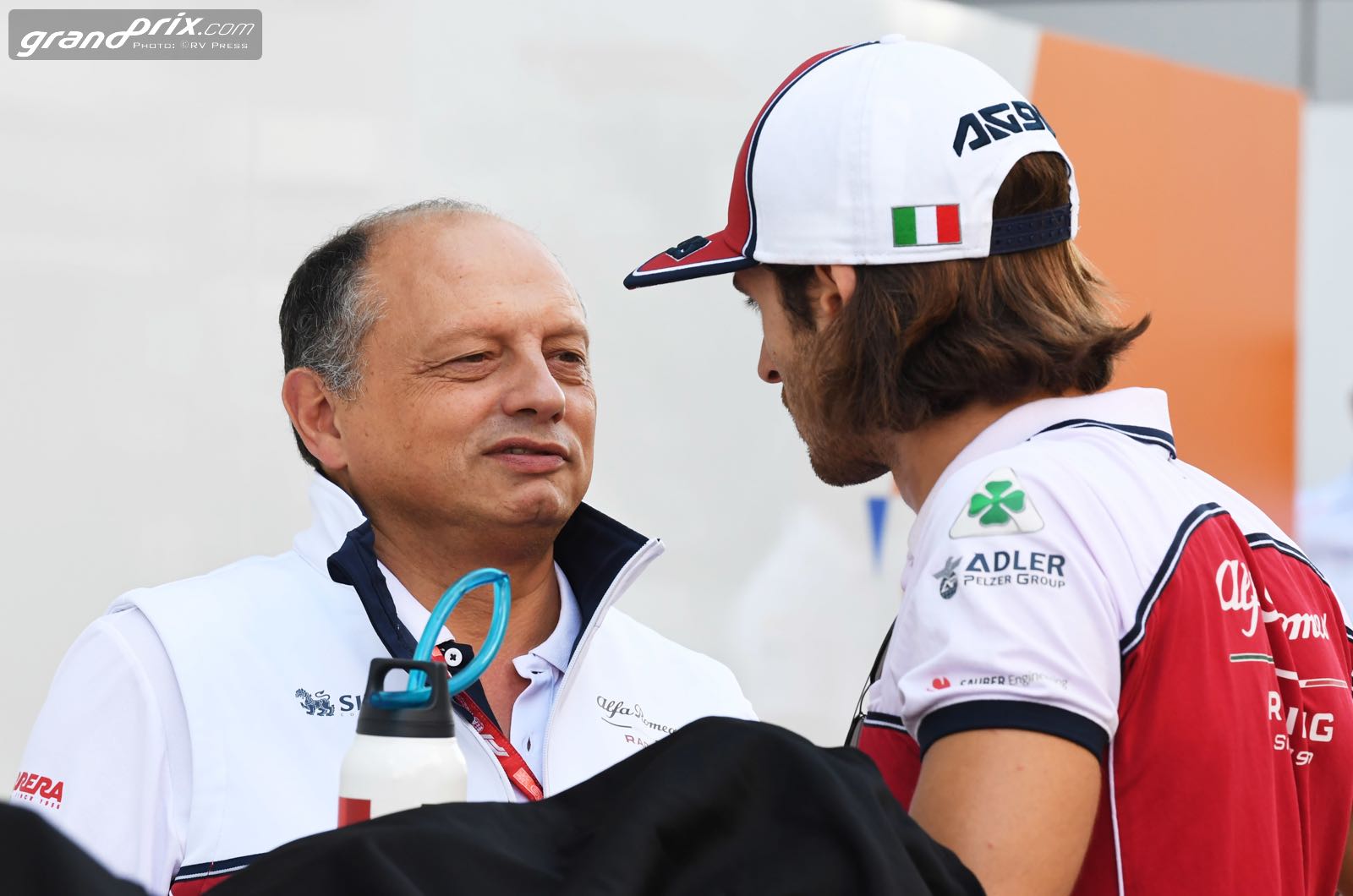 Ferrari's new engine for 2021 will be much better, according to Alfa Romeo boss Frederic Vasseur.

He was speaking as the new Alfa was revealed in Warsaw, which not only features a re-shaped nose but also a new Ferrari engine following the performance slump of 2020.

"The collaboration (with Ferrari) is going very well," Vasseur is quoted by Italy's Autosprint, amid rumours Maranello is actually moving much closer together with another Ferrari customer, Haas.

"We had a long and intense meeting during the winter to discuss last year, when probably an optimal job was not done," he added.

"We are on the right track," said Vasseur, returning to the engine question.

"I believe that on their side they will probably recover a large part of the problems they had last year. The collaboration is getting better and better," he insisted.

Vasseur denied, however, that the Alfa-Ferrari relationship will follow the lead of the Haas collaboration, in which Ferrari personnel are being relocated to a separate building at Maranello to get around the budget cap.

"We will take maybe one or two elements from Ferrari, not more," said the Frenchman.

"I think it is not the key point of the collaboration. The key point is to be convinced that we can learn from each other, within the possibilities of the regulations."

Vasseur said he is not setting a concrete goal for 2022.

"All that does is set limits," he said. "As a team, you always know how to improve, of course.

"We want to get back to the top of the midfield, step by step. But we are well aware we are a long way from that."